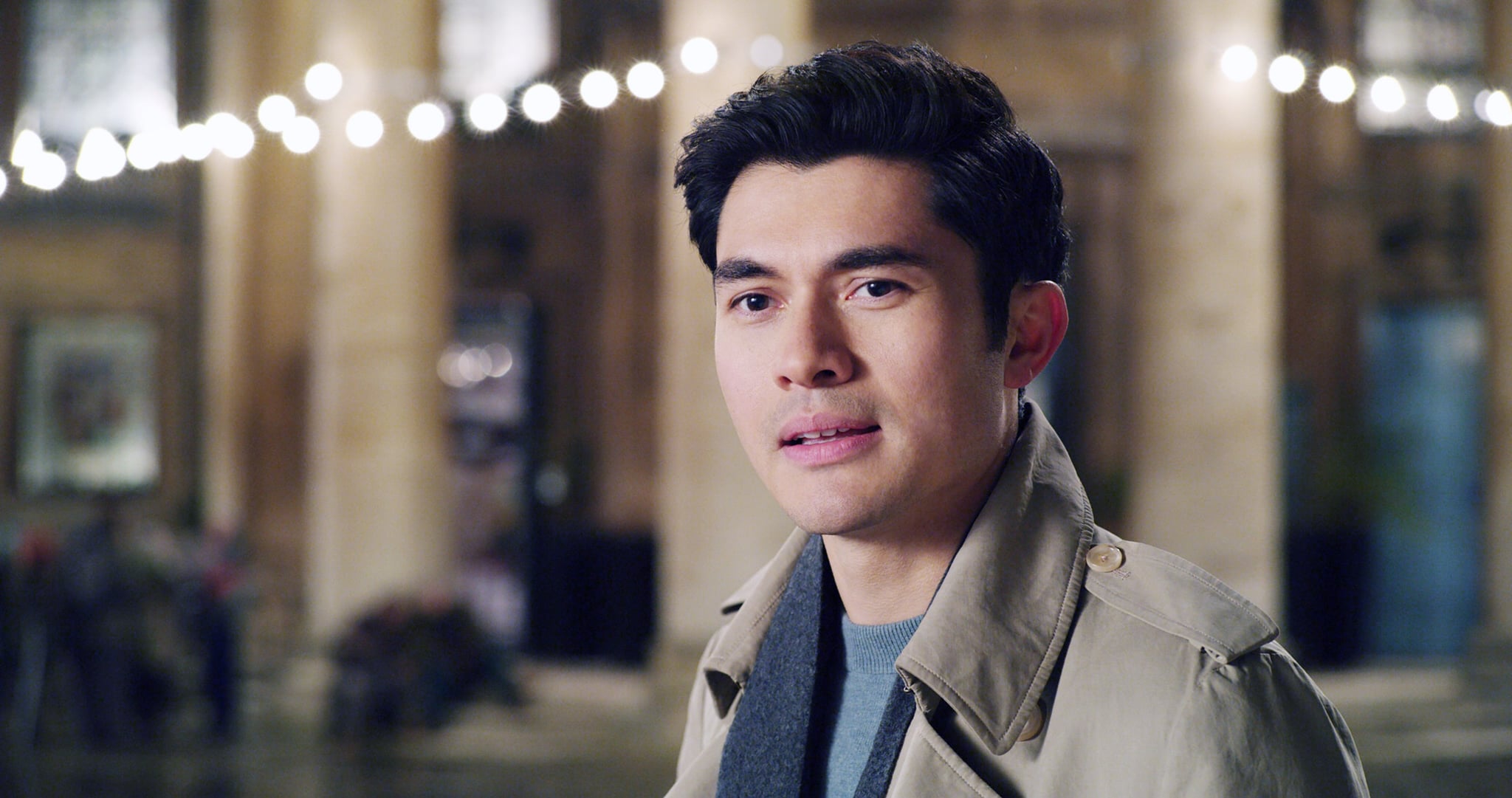 You know how the Wham! holiday song goes, "Last Christmas, I gave you my heart"? Well, sleuths on the Internet are pretty convinced that we'll be getting actual organ donations in the buzzy Emma Thompson-penned holiday rom-com Last Christmas. In it, Emilia Clarke plays Kate, an aspiring London singer who at one point was sick and nearly died. She later meets the generous Tom, portrayed by Crazy Rich Asians' charming Henry Golding. Kate says, in the trailer, that he should get "saint" tattooed on his forehead. But what if he's a literal saint, dead when, well, he gave her his heart?

It's hard not to entertain this idea, no matter how wild it may sound. There are signs of the telltale heart twist. In the trailer, we don't really see Tom interacting with other characters; we only see him doling out his charm to Kate. Perhaps he's a figment of her imagination or even a ghost — you know, the sweet kind who encourages her to follow her dreams and love herself, just in the vessel of Henry Golding's sexy body.

This situation has happened before onscreen. In the 2000 movie Return to Me, David Duchovny serendipitously falls in love with Minnie Driver, the sick woman who received his late wife's heart. Could it be possible that Kate started working with Michelle Yeoh's Santa character because she has her son's heart? I admit, this might just be me secretly wishing for a wink at Crazy Rich Asians, where Yeoh and Golding played mother and son. But it's not outright impossible.

There's a wrench to all this speculation, though. Director Paul Feig has shut down web-spawned rumors about the movie: "Anything anybody thinks they know about this movie is not correct," Feig told RadioTimes.com. "It makes me laugh because it's this romantic comedy and then everyone is treating it like it's The Matrix. It's just a lovely Christmas movie!" The director further emphasized in an interview with GamesRadar+ that all his movies (A Simple Favor, The Heat, Bridesmaids, etc.) are "good-natured and uplifting."

Tom's death doesn't necessarily have to be all dark and twisted, though. Feig could just be playing coy with us. We'll ruminate on this theory until proven otherwise because it's cute in a sweet and heartbreaking (literally?) kind of way.