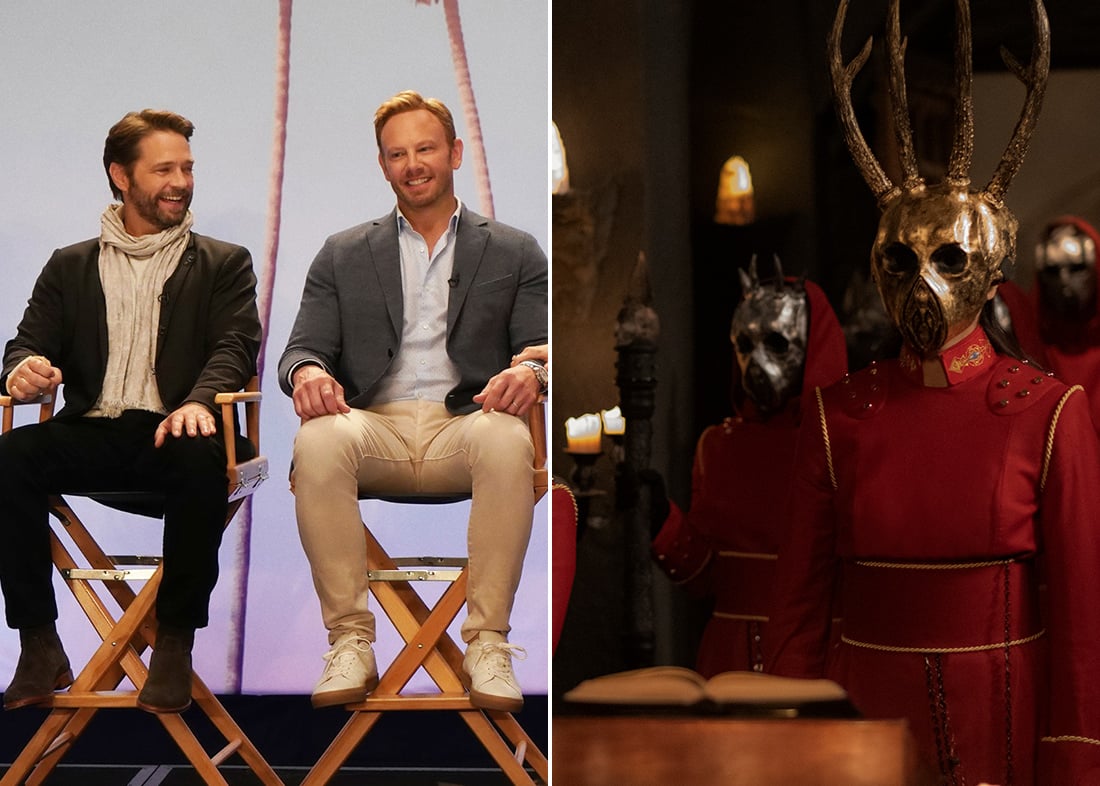 Netflix released season two of The Order on June 18, and, much like the first season, it is full of the ridiculous antics of Jack Morton (Jake Manley), the Knights of St. Christopher, and the Hermetic Order of the Blue Rose. However, even a season with a magic war, werewolves, and demons couldn't top the outlandish cameos of Beverly Hills, 90210's own Jason Priestley and Ian Ziering in episode eight. In the first season, one of the running jokes is just how many famous people, including Michelle Obama and Oprah Winfrey, are members of the Order, but we never thought we'd actually meet a few of them.

In the episode, the pair play fictionalized versions of themselves that don't exactly see eye-to-eye. In fact, Ian calls Jason "Mr. I'm-famous-in-Canada" after Jason comments that the other couldn't even save his career with magic — although six Sharknado movies say otherwise. Their appearance on the show coincides with a vote for a new Grand Magus, which is the leader of the titular Order. Both cast their vote, along with the rest of the Order, and Jason ultimately earns the title over acting Grand Magus Vera Stone (Katharine Isabelle) — after promising Ian he'd miss the next five Comic-Cons. This surprises acolyte Hamish Duke (Thomas Elms) and causes one of the funniest exchanges in the episode with Hamish asking, "Jason Priestley?" before Ian chimes in with, "And Ian Ziering." While Jason doesn't survive the episode, he technically lives on through Ian as the latter gets transformed into Jason when Vera grants his wish to have "fame forever."

So, how did the former Beverly Hills, 90210 stars end up on The Order? It's all due to a chance dinner during 2019's San Diego Comic-Con. The Order's producer Chad Oakes invited the pair to a cast dinner because they'd worked together in the past, and the rest is history!