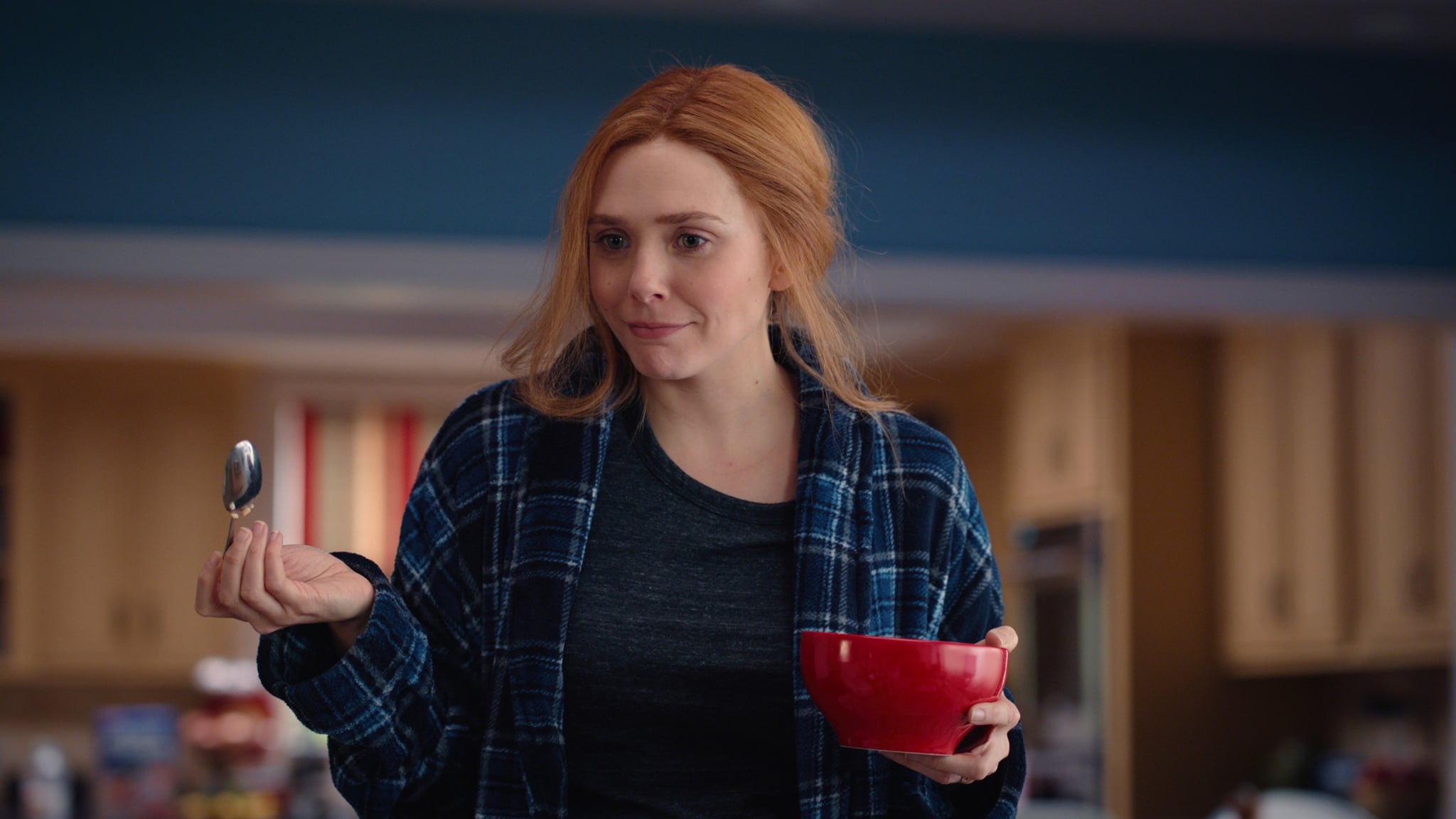 It seems like Uncle Jesse is just as big of a WandaVision fan as we are. Ahead of the season finale on Friday, John Stamos shared an adorable throwback of him and Elizabeth Olsen on the set of Full House, which starred Olsen's twin sisters Mary-Kate and Ashley Olsen. "One day she's a little girl wandering the set, and next thing you know, she's taking over a whole town, mindcontrolling the citizens to play out her favorite TV Sitcoms! They grow up so fast . . ." the actor captioned the post before plugging his upcoming Disney+ series Big Shot. "Wanda had a vision we'd both be on @disneyplus Check out #BigShot coming in April and @wandavision Tonight!"

Olsen recently had a chance to pay tribute to her sisters' Full House roots on WandaVision as the show references various sitcoms throughout the years. In the fifth episode, Olsen goes full '80s with a getup that looks just like Michelle Tanner. Even the theme song pays tribute to the iconic opening credits from series. "There was something very meta for my own life [working on WandaVision] because I would visit those tapings as a kid, where my sisters were working [on Full House]," Olsen previously told Entertainment Weekly. See the cute snap ahead.