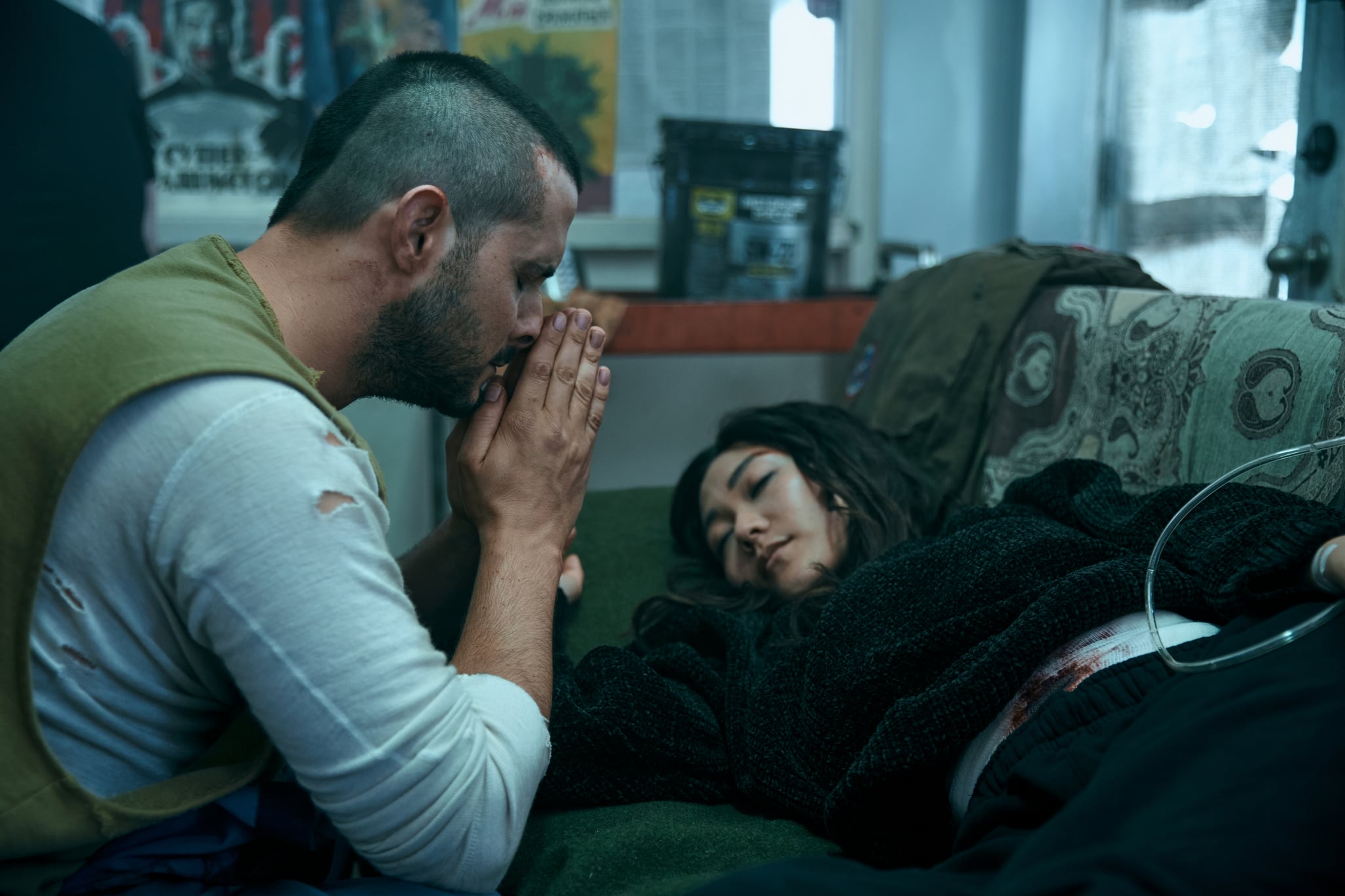 "The Boys" wouldn't be the head-popping series it is without its many unexpected twists and turns. Amid all the explosive chaos happening in season three, which premiered on June 3, episode five finally gives viewers a small break from the show's gore and grossness — shockingly enough, with a full musical moment from Kimiko (Karen Fukuhara) and Frenchie (Tomer Kapon).

"I felt like I was on a different show filming the musical number."

Fukuhara tells POPSUGAR she almost couldn't believe she got the chance to film such a lighthearted scene for the action-packed series, as her Supe character is almost always covered in blood (and someone else's guts). "I felt like I was on a different show filming the musical number because usually Kimiko is covered in blood or mud and she's barefoot and crawling around the train tracks and everything," she says. "That whole sequence was really special to me, not only because she got to smile for the first time and live her dream, but there's also something really special about how [showrunner] Eric Kripke had told me that he always wanted to put a musical number in one of his shows, and it's been a dream of his, so getting to be the character that does that for him was also such an honor."

To prepare for her "really challenging" musical number, Fukuhara says she listened to "I Got Rhythm" (sung by Judy Garland) on repeat through the entire rehearsal process and filming. "I was literally banging it into my head," she says. "I sometimes went to sleep with it on, and then I'd imagine it while I'm going to sleep, which sounds crazy, and it drove me insane. But once we were done shooting [the scene], I was like, 'Alright, no more. Thank God we don't have to listen to that again.' That song was on replay for a very long time." 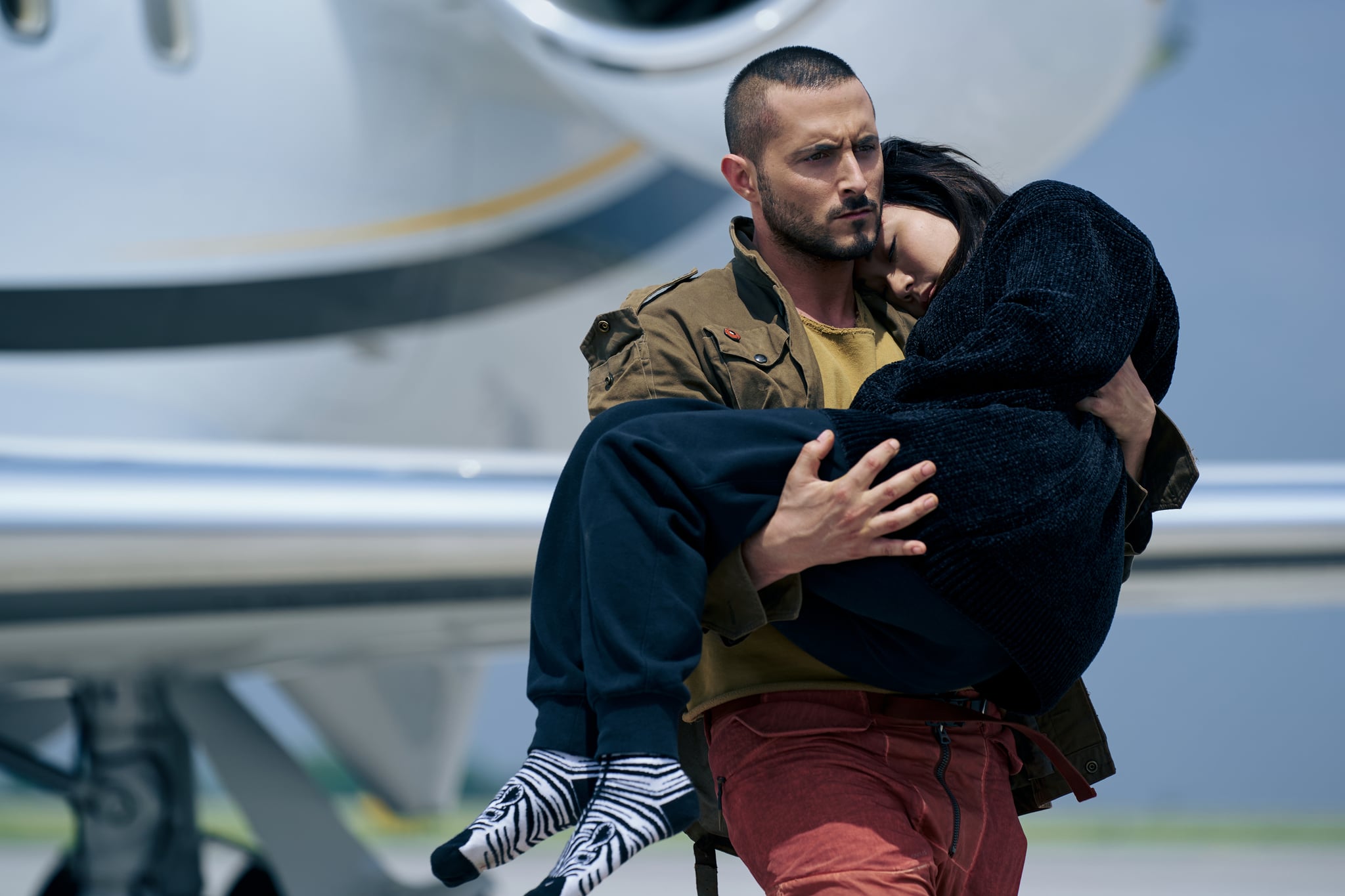 Fukuhara's special scene in "The Boys" offers a nice change of pace for the thrilling superhero parody, but it's not a full distraction from this season's main plot. Season three of "The Boys" ushers in a new antihero named Soldier Boy (played by Jensen Ackles), the first-ever Supe who models after a raunchier version of Captain America. His origin story with Payback — the original super team — takes us back to the very beginning, before Vought became a megacorporation, but it also reveals how corruption amongst the Supes has been a problem long before the Boys (including Kimiko) tried to take down the organization.

"The theme is: what will you do with the power that you have?"

"The Boys" has always been about a fight for power, but Fukuhara says that this season focuses on what happens when power falls into the wrong hands. "For a lot of the characters on our show, including Homelander and Kimiko, the theme is: what will you do with the power that you have? Whether it's a superpower, the political influence that you have, or just the power you have over another human being — whether you use it for good or bad," she notes.

Related:
Karen Fukuhara Really Brings Out the Heart and Humanity of The Female on The Boys

". . . in season three, you finally get to see her struggle with the violence and monster that she's become.

In Kimiko's case, she never wanted to have superpowers. As the result of a Compound V supervillain experiment, her Supe fate was decided for her long before she even had a say-so. "It was kind of forced upon her, and it was never her choice to use it for either good or bad," Fukuhara says of her character's powers. "She was just trying to survive, and in season three, you finally get to see her struggle with the violence and monster that she's become. Once she loses her powers, she realizes that it's up to her how she uses [them], and she doesn't have to be this monster. She has to reclaim them — reclaim her powers, use them for good, and in the way that she wants to."

A huge part of Kimiko's musical scene is the idea of escapism, as she attempts to mentally run away from what she fears most about herself. Fukuhara confirms that her character's biggest discovery in season three will be whether she actually needs her powers to survive. While she remains without them for the time being, Kimiko will decide if she's ready to leave her powers behind, or succumb to the violent life that was chosen for her.

New episodes of "The Boys" stream on Fridays on Prime Video.