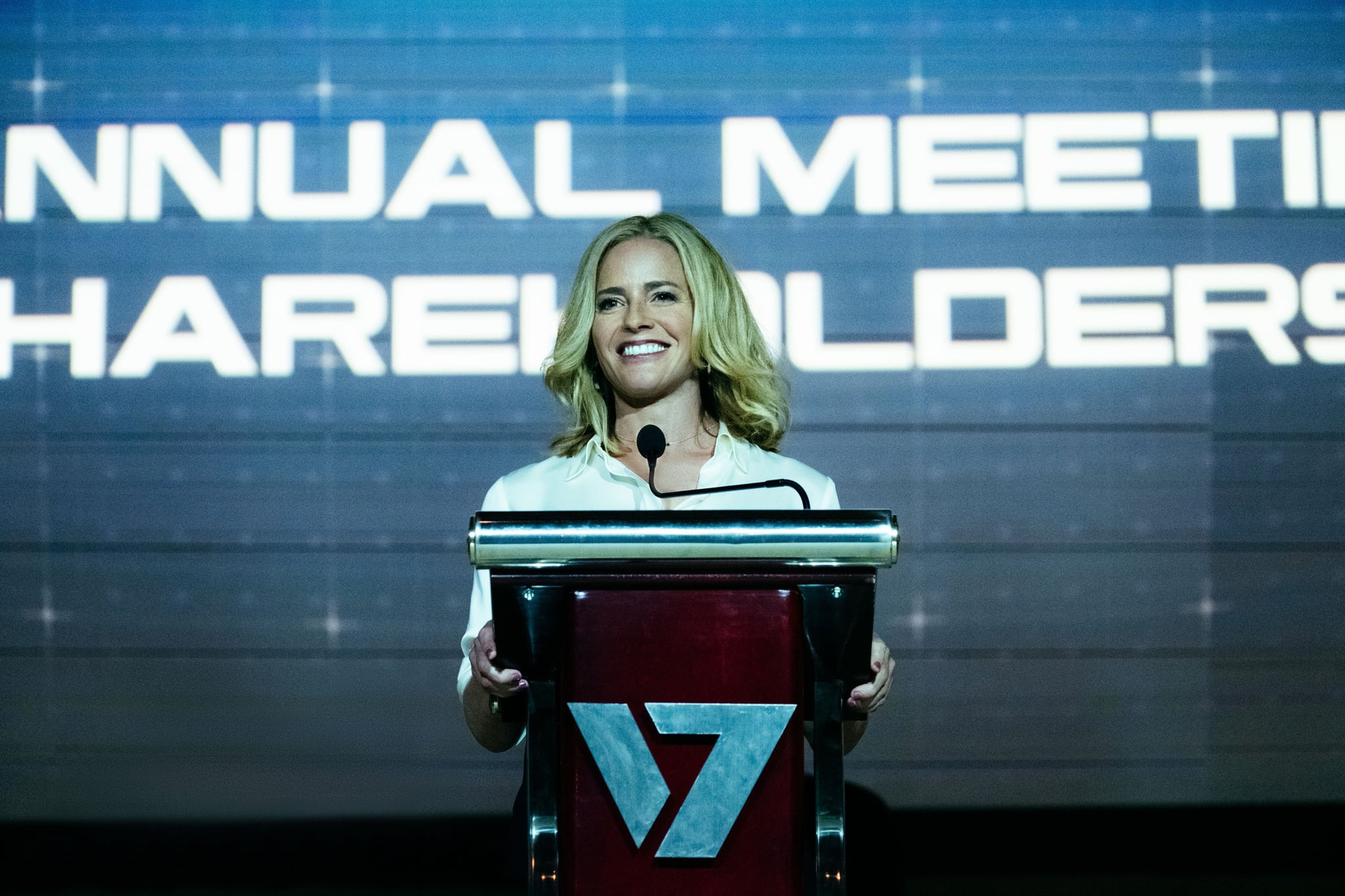 The big mystery of The Boys season one surrounds the steroid-like chemical substance Compound V. The first eight episodes of the season show the Boys trying to unravel the basics of the drug, like where it's coming from, what it does, and how they can get their hands on enough to bring down the corporate monster that is Vought International. They discover that the mysterious Compound V was created within Vought and is used to create superpowered people, shattering the Vought-pushed concept that all superheroes are born with their abilities.

But in season two, the Boys dig deeper into the background of Compound V and learn there's so much more to the machinations of Vought than they ever expected. Keep reading for everything we've learned about Compound V, where it could take our Boys over the season, and how it differs from the substance in the comics.

Related:
Amazon Isn't Releasing The Boys Season 2 All at Once — Here's When to Catch New Episodes

As Stan Edgar explains to Homelander in the first episode of the second season, Compound V was created by Frederick Vought, the founder of Vought International. He received his doctorate in genetics in Munich and was recruited by Adolf Hitler in 1939 to be the chief physician at Dachau, where he tested the earliest versions of the drug on human subjects. He was "spirited away" by the Allies in 1944, then continued perfecting Compound V, which resulted in supers like the first Soldier Boy, earning him a pardon from President Franklin Roosevelt.

What Does Compound V Do to Humans?

Vought has used Compound V to turn ordinary humans into Supes since the days of Nazi Germany. The modern process begins when the subject is an infant. In season one, Mother's Milk discovers that a Vought-bankrolled charity called Samaritan's Embrace has been shipping Compound V to American hospitals claiming that the chemical is the polio vaccine. Starlight's mother explains how Vought also approaches parents with the promise of money and future stardom to gain permission to inject their babies.

What Does Compound V Do to Supes?

Although the substance is professionally meant to give humans extraordinary abilities, Supes use it recreationally. Like A-Train in season one, most Supes use Compound V illegally to enhance their abilities while also getting high. A-Train can go beyond his usual max speed and his healing factor is increased thanks to Compound V. But when used too often, there are massive side effects like unstable power (A-Train finds himself unable to pull back his speed, which is why he can't stop himself from running through Hughie's late girlfriend, Robin Ward). It also causes paranoia, bone-density problems, and heart attacks. 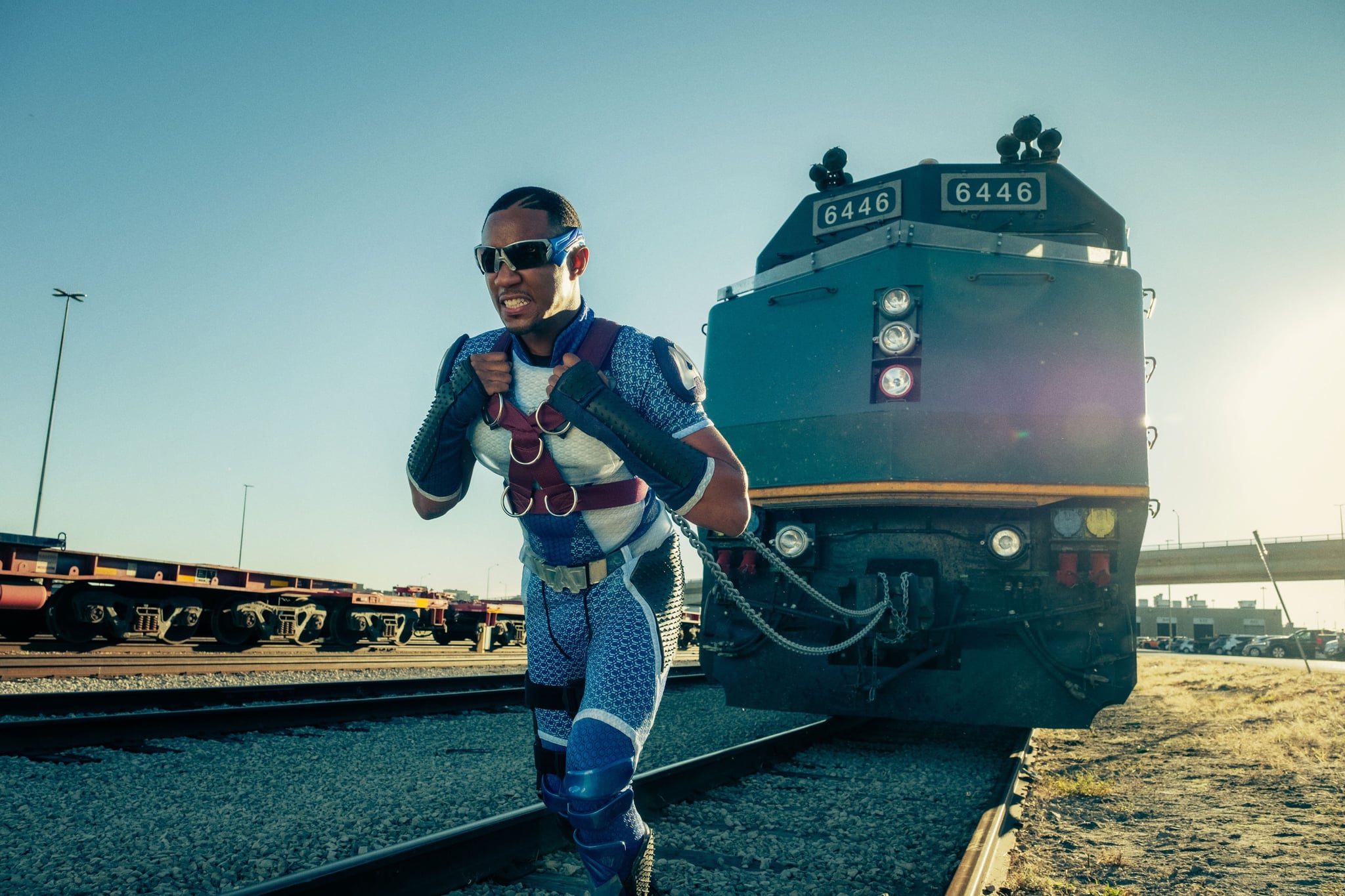 It's suggested that when given to adults, it's riskier and the casualty rate is much higher, hence the common use on babies.

Can Superheros Be Born?

Though Compound V is said to be the only way Supes get their powers, in the final episode of season one we learn that people can be born with powers. The season ends with Homelander and Butcher finding Becca, who was thought to be dead when she disappeared after the Supe raped her. The finale reveals that Becca had a son from the assault, and when he sees Homelander, his eyes light up just like the older man's when he's about to use his heat vision. This indicates that Supes can sire (and maybe give birth to) other Supes.

How Do Supes Get Their Powers?

The superhuman abilities that Supes get from Compound V are seemingly random. They all get the standard super strength and durability, but everything else is up to chance.

Related:
The Boys: Don't Forget What Happens to A-Train's Secret Girlfriend — It's Important

Compound V in the Comics

In the original story, Compound V is created by Jonah Vogelbaum, who also makes and "raises" Homelander, acting as his pseudofather. Jonah is a Jewish scientist who, like his TV counterpart, originally intends to create super soldiers for the Third Reich. Unlike Frederick, Jonah escapes to America with the help of the already-established Vought out of fear for his life. The only Supes who are given a pure dose of Compound V are the Seven, with other Supes injected with a less pure concentration because it's too costly. It's revealed that one injection costs $19 billion and can enhance an individual temporarily. But the effects of said injections can be unpredictable and can lead to cancer, heart disease, or brain damage.

A big difference in the comics is that Butcher and the Boys regularly inject themselves with Compound V to battle Supes. In the TV series, the gang generally uses underhanded tactics and lots of weapons to go toe to toe with the superpowered.