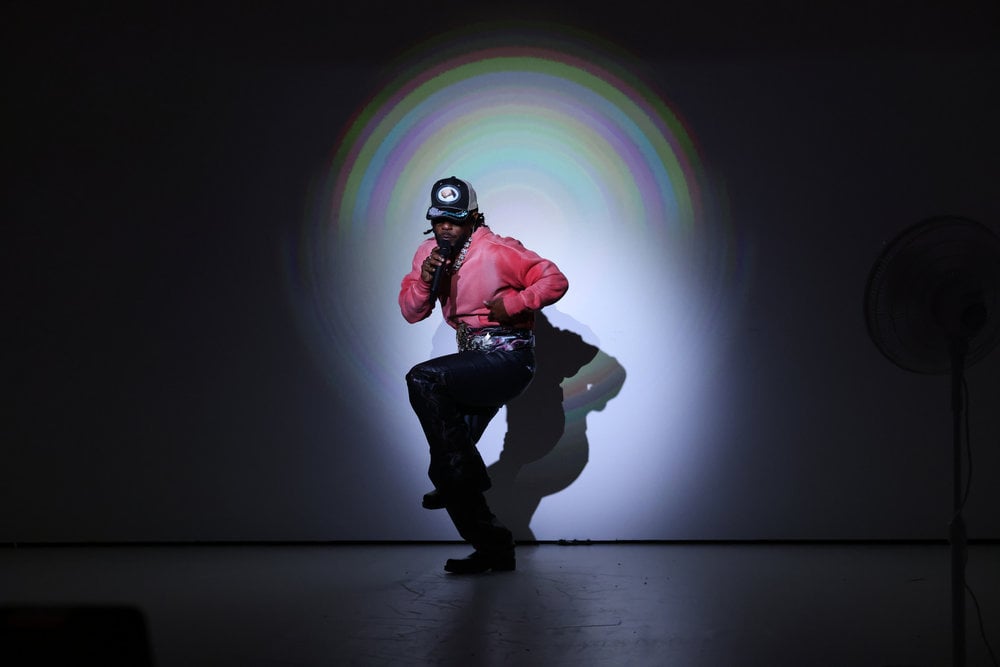 Kendrick Lamar is no stranger to Studio 8H. The "Alright" singer previously served as the "Saturday Night Live" musical guest in 2013 and 2014, and he joined Anderson .Paak for a performance of "Tints" in 2018. Given how strong his previous "SNL" performances have been, Lamar was the perfect artist to kick off season 48.

The Pulitzer Prize-winning rapper played a three-song set featuring "Father Time," "Rich Spirit," and "N95" — all of which are featured on his "Mr. Morale & the Big Steppers" album. Lamar's performances were largely stripped down, showcasing his voice more than anything else. He performed all three songs in a white box set on the stage, which allowed for some interesting shadow art.

For his final song of the evening, "Father Time," Lamar brought out Sampha, who accompanies him on the studio album, as his special musical guest to join him for a poignant performance that made excellent use of the box-like set space. In the song, he sings about having a complicated relationship with his father, which makes the space's transformation into a small home hit even harder.

This year has been a busy one for Lamar, and his "SNL" performance is the perfect way to celebrate the success of "Mr. Morale & the Big Steppers." The artist recently completed the North American leg of his "The Big Steppers Tour," and he's set to kick off the European leg on Oct. 7 in Amsterdam. Check out Lamar's "SNL" performances below: