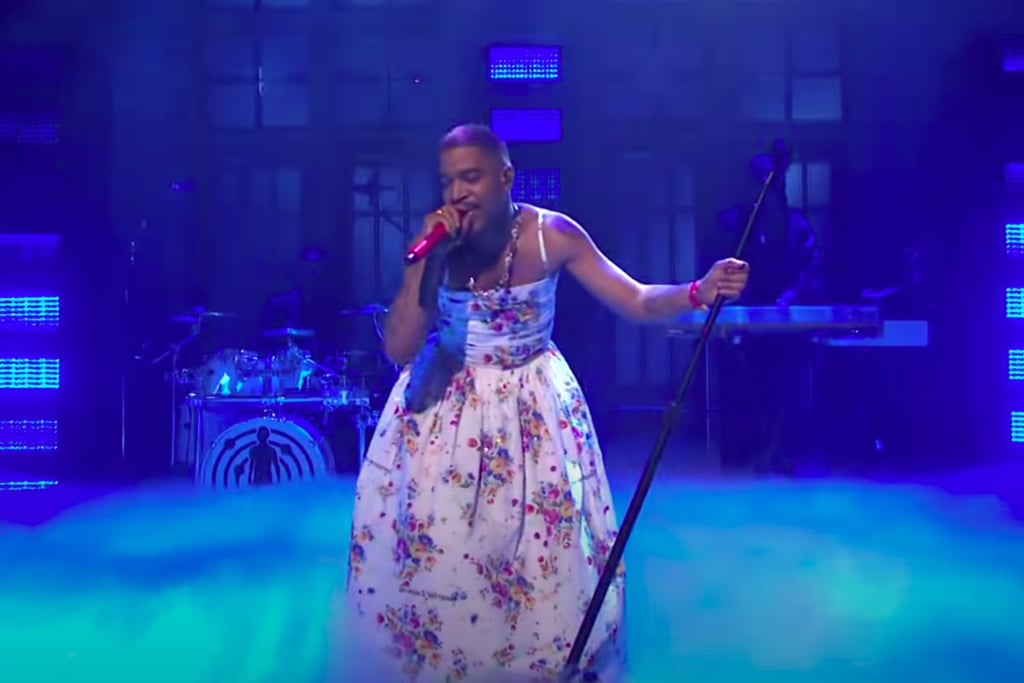 Kid Cudi appeared as the musical guest on Saturday Night Live this weekend, and to say he stole the show would be an understatement. In addition to joining Pete Davidson and Chris Redd for a hilarious skit about weird little flutes (with a surprise cameo from Timothée Chalamet), the rapper also brought down the house with two performances. For his first number, he performed "Tequila Shots" while wearing a shirt that paid tribute to late comedian and SNL alum Chris Farley, and for his final number, he performed "Sad People" in a white floral dress, which fans think was a tribute to the late Kurt Cobain. Needless to say, fans were completely captivated by each of Cudi's performances and the songs' meaningful lyrics about battling mental illness.

Kid Cudi has been very open about his battles with anxiety and depression. In July 2020, he spoke about how he channels those feelings into music saying, "Anxiety and depression ruled my life for as long as I could remember. I was scared, I was sad, I felt like a damaged human swimming in a pool of emotions. I knew I deserved peace and to be happy, but I didn't know how. It took me a while to get to this place of commitment, to say I'm gonna get through this. To know that we can take our pain and turn it into something. I turn my pain into music. And my music is how I am different. And my difference is my power." 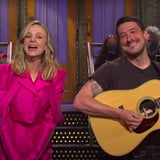