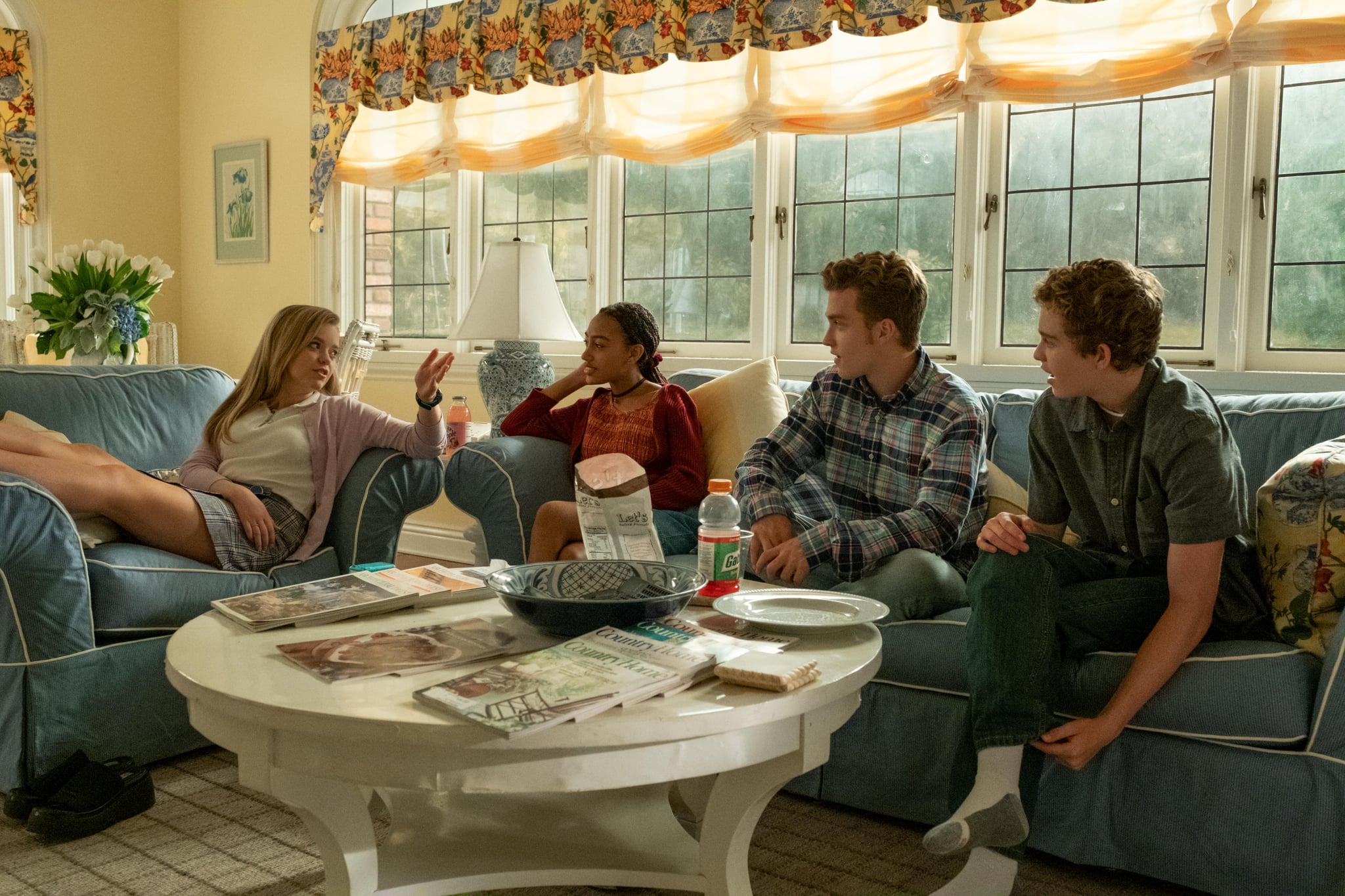 Culturally and aesthetically, the 1990s were pretty absurd. The decade began with the advent of the internet and ended with the fear that modern society itself would collapse with the start of a new century. Grunge was introduced, rap rivalries led to tremendous losses, third-wave feminism took hold, hair accessories got quirkier, and the president had a major sex scandal. And yet, the '90s were also really "normal."

Normal compared to what? Now? Well, yes, clearly, but looking back, it seemed as though society at the time placed greater importance on maintaining a veneer of stability and normalcy following the more drastic changes and events of the 1980s. In response, the decade was marked by pre-woke political correctness, inoffensive home decor, and a fashion sense that essentially set the blueprint for normcore. That placid suburbia of the '90s is exquisitely captured on Little Fires Everywhere.

A new addition to hit Hulu on March 17, the series — based on a book of the same name — takes place in the late '90s and is centered on two differing matriarchs in Shaker Heights, a suburb of Cleveland. There's Elena Richardson (Reese Witherspoon), an unnervingly perfect mom of four and writer for the local paper, and Mia Warren (Kerry Washington), a mysterious artist and passionate mom to one exceedingly mature teenager. When Mia reluctantly settles in Shaker, Elena takes it upon herself to facilitate Mia's assimilation into the tightly knit community, but Elena's desire to do what she perceives to be the right thing ends up leading to a string of wrongs.

The series succeeds at establishing time and place without hitting you over the head with a bean bag.

Apart from its expectedly stellar acting and engaging storylines, Little Fires Everywhere succeeds at establishing time and place without hitting you over the head with a bean bag. The miniseries has thus far included references to The Real World, Ellen DeGeneres's coming-out Time cover, Janet Reno, and SlimFast. These cultural cues are done with such subtlety, however, it's possible viewers could miss a few entirely. Meanwhile, other contemporary titles set in the decade — The Wolf of Wall Street, Fresh Off the Boat, and The To-Do List, to name a few — have the tendency to feel like a caricature, even making someone who lived through the decade wonder, "Is that really what it was like?"

I grew up in the '90s, and I remember particularly well the time depicted in Little Fires Everywhere. Though my suburb was outside of Miami instead of Cleveland, I've found the series to be eerily nostalgic in the way that it conjures up some of the more understated cultural markers I had forgotten about. My childhood home had a similar Ethan Allen aesthetic as the Richardsons', and I can recall my older stepsister seriously considering applying to be on The Real World. I wasn't a walking Limited Too campaign like '90s nostalgia Instagram accounts might have you believe, but like the series's Lexie Richardson, I did own a pair of chunky Steve Madden shoes.

Then again, memory is a funny thing — and a deeply subjective one at that. I recognize that my recollection of the '90s will differ from that of someone who lived through the decade as an adult, which is why it was especially surprising to see such a familiar experience be re-created on Little Fires Everywhere.

Celeste Ng, who wrote the novel the series is based on, spoke about replicating the recent past in a 2018 interview with the Poetry and Literature Center at the Library of Congress. "I find it really difficult to write about the moment we're in while we're in it — we don't always know what's going to be important, what's going to be of lasting significance and what's going to be a passing blip. In other words, it's hard to see the big picture while you're in the picture," Ng said. "The recent past, though, is close enough that we remember it well but just far enough away that we can get some perspective on it."

Maybe distance does lead to greater perspective. The hope then is that pop culture portrayals might take a cue from Little Fires Everywhere and become more accurate and rooted in reality as we venture further and further away from the decade, despite how recent it may seem.