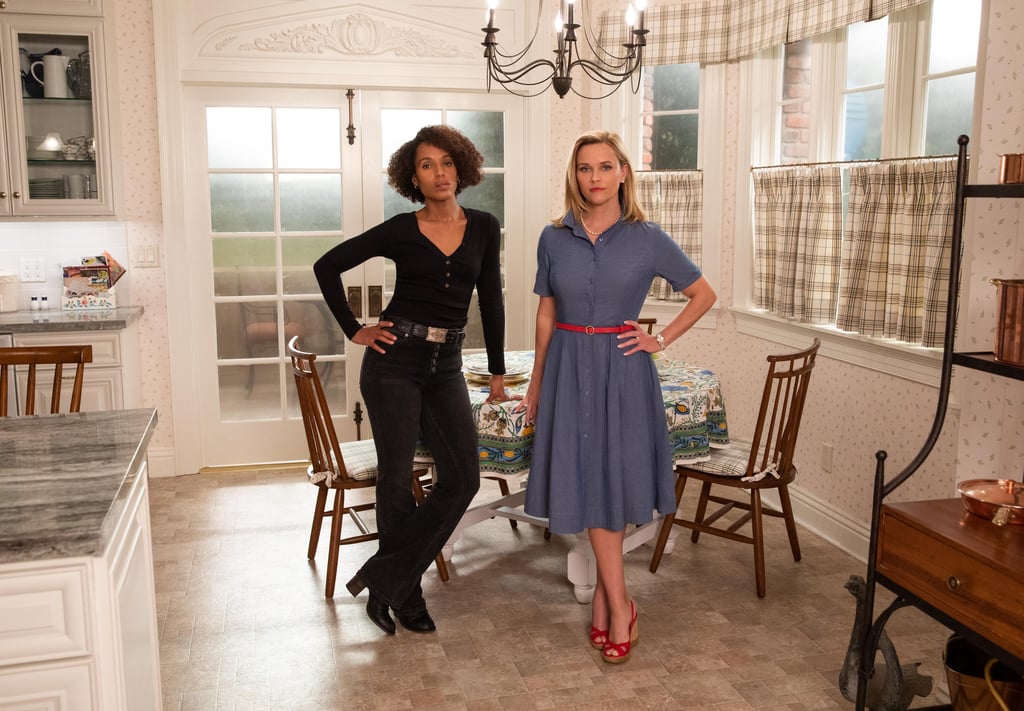 When we heard Celeste Ng's 2017 bestseller Little Fires Everywhere was being turned into a short series on Hulu, we knew the screen style would be one to watch. (Especially since the show is produced by Hollywood heavy hitters Reese Witherspoon and Kerry Washington, who also play the lead characters.) Set in 1997 in a conservative Ohio suburb called Shaker Heights, the show follows the lies that begin to unravel after the affluent Richardson family meets newly arrived single parent Mia, played by Kerry, and her teenage daughter Pearl.

Costume designer Lyn Paolo helped bring the '90s to life by styling the characters in a mix of vintage/archival pieces for the show. Reese, who plays Elena Richardson on the show, is often seen in preppy styles like chambray dresses and cardigans paired with pearl necklaces. Think about Reese's fashion line Draper James, and you'll totally get the vibe.

Meanwhile, Kerry's style is a complete 180 from her onscreen counterpart Mia. Mia's wardrobe is full of vintage band tees and high-waisted jeans. Even the teenagers on the show are giving us major nostalgia with shirred tops and the classic '90s look consisting of denim overalls and plaid shirts tied around the waist. Ahead, we've rounded up some of the best looks from the show and shopped out similar pieces if you're feeling inspired.