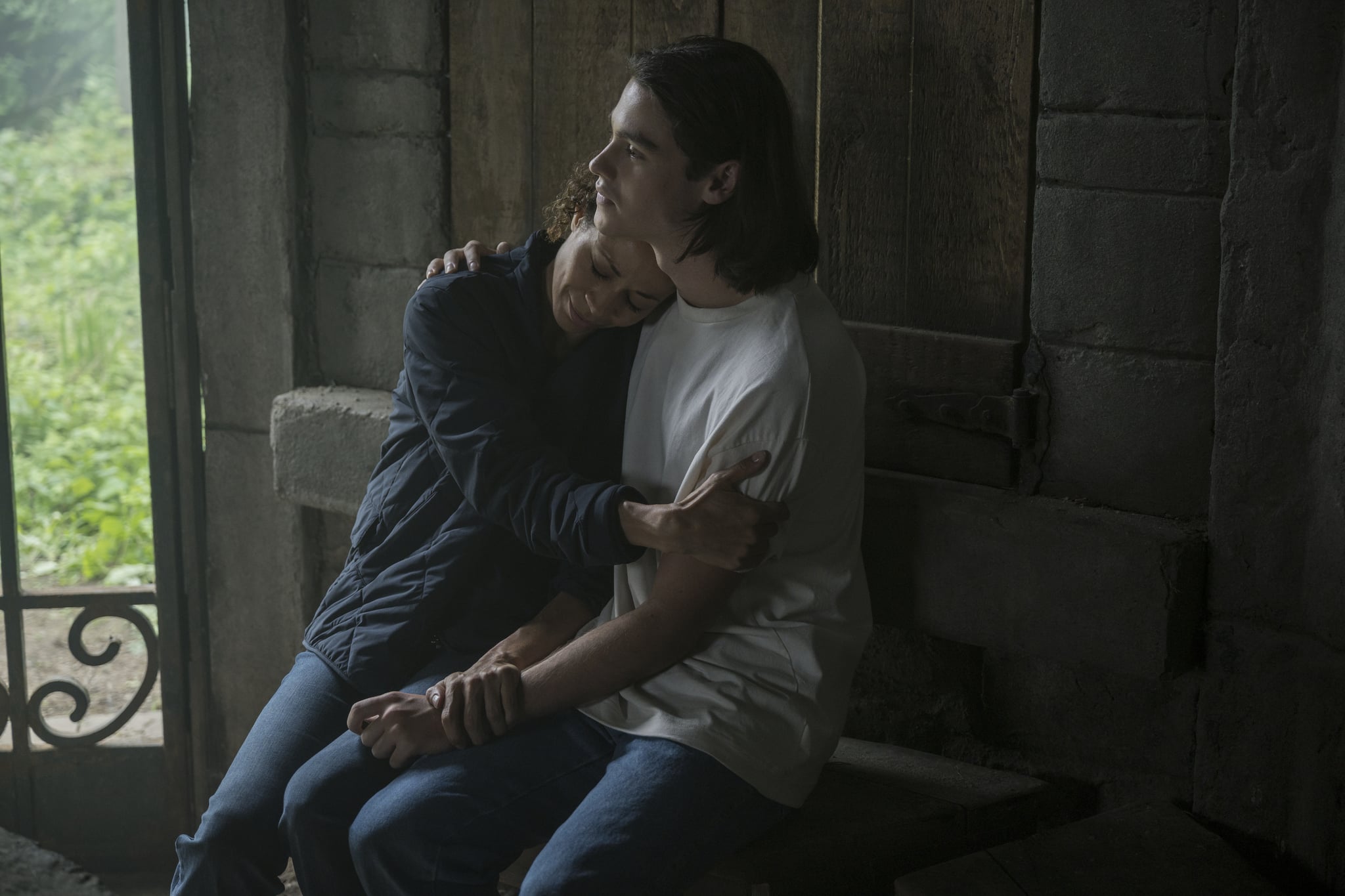 Netflix's adaptation of the award-winning graphic novel Locke & Key has us wrapped up in a thrilling ride filled with magic, family, friendship, and lots of weird keys. Written by Joe Hill and illustrated by Gabriel Rodriguez, the original novel follows the Locke family — mother Nina Locke and her three children, Tyler, Kinsey, and Bode — who, after the death of their husband and father, move back to the small town of Matheson to live in his childhood home Keyhouse Manor. The first season of Netflix's series has given us a lot of information to take in, but there's one question nagging us, and the answer can only be found by diving into the books.

When the Locke family moves into Keyhouse Manor, they quickly sense that there's a mystery to be solved regarding their father Rendell's childhood. After a visit from her late husband's friend Ellie, Nina's curiosity about her husband's past starts to consume her, but it's the children who connect Ellie and their father to the magical keys they've found around the house.

How Do Rendell's Friends Die?

In episode nine, "Echoe," using the mind key, Ellie takes Kinsey and Tyler into her memories to share her experience with the keys and show them what happened to her friends. When Rendell was younger, he and his friends were the keepers of the keys. One day, they went down to the sea caves to use the omega key to unlock the big black door. As we watch a younger Ellie open the black door in the sea cave, we see glowing bullets shoot out from this supernatural realm. After one of the bullets hits Lucas, his demeanor changes as if he's being taken over by something. When they head back to Keyhouse Manor, he becomes obsessed with the keys. Lucas's obsession turns murderous and he loses control, killing two of their friends. Rendell then beats Lucas to death in order to stop him. Rendell, Ellie, Mark, and Erin split up the remaining keys and stage the death of their friends as a drowning. But after this episode, the question still remains: what were those glowing bullets that flew out of the black door?

What Are the Bullets?

The series doesn't go into detail about what hits Lucas, but in the novels, they're called the Children of Leng, a race of demons whose world is hidden behind the black door. The Children of Leng refer to the Plateau of Leng, a place mentioned in H.P. Lovecraft's Cthulhu Mythos. When the black door in the sea caves is opened, the Children of Leng shoot out of the realm to seek out a host. If they don't find one, they die and melt into "whispering iron" — the same iron that these special keys are made from. Once a person is infected by a Child of Leng, the only way to separate it from the human host is by using the Alpha Key, which essentially unlocks the demon from the soul. In the books, the Alpha Key was the first key crafted by Tyler Locke using whispering iron found in his fishing lure given to him by his father, Rendell. According to legend, the human won't survive the process of having the demon unlocked from its soul as the demon would turn into whispering iron inside the body.

It's unclear what the showrunners will keep or alter from the original books, but what we do know (and considering how the first season ends) is that season two is sure to be equally as action-packed.