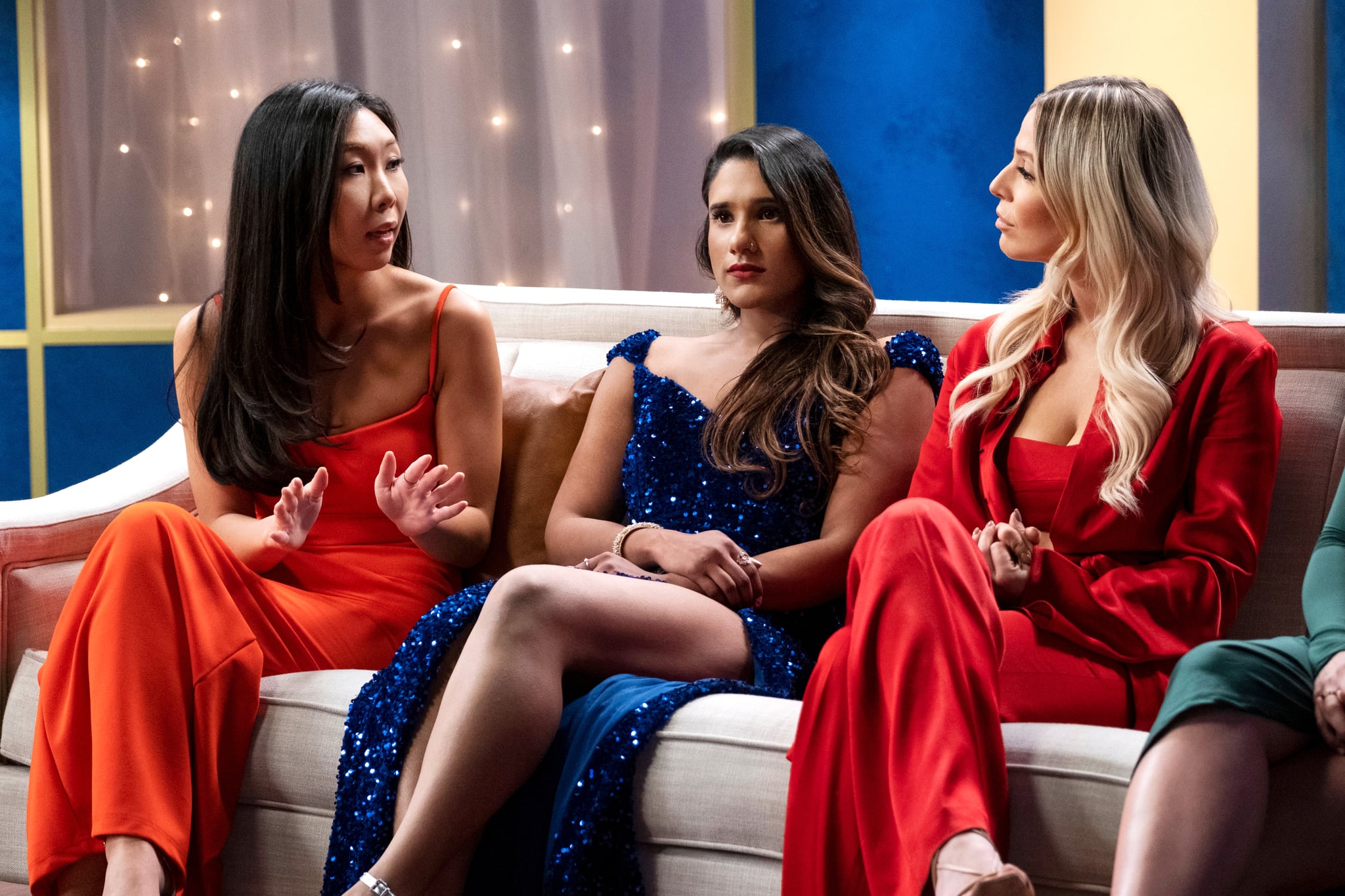 Now that "Love Is Blind: After the Altar" season two has aired, series star Natalie Lee is clearing up some of the drama that unfolded between her, ex-fiancé Shayne Jansen, and their costar Shaina Hurley. As viewers can recall from the three-part special that premiered Sept. 16, the scandal around flirty Instagram DMs Jansen allegedly sent while he was still dating Lee became the center of the reunion.

"He told me he understood that he crossed that line with those messages."

During "After the Altar," Lee accused her ex and Hurley of exchanging "inappropriate" messages, which she said ultimately led to her final breakup with Jansen. However, both Hurley and Jansen denied flirting in their rumored DMs, noting that Lee hasn't revealed any physical proof of them. Even after the reunion premiered, all parties have maintained their respective stance on the debacle, but Lee tells POPSUGAR it's been difficult to rehash the drama six months later. "It was the same way for me when I watched season two [of 'Love Is Blind']," she shares. "So much time has passed and it comes out and some emotions come back up again, and so it was definitely the same this time around watching 'After the Altar.' All these old emotions you've moved on from from six months ago creep back up."

After Lee and Jansen called off their wedding during the "Love Is Blind" season two finale (and following their off-camera blow-up), the two continued to see each other "for several months" until the former says she came across her ex's flirty messages. "Last September, I found Instagram DMs with him and other women that I felt like were inappropriate, really crossed the line, and something that I also brought up to him," she shares. "He told me he understood that he crossed that line with those messages."

Related:
"Love Is Blind"'s Deepti Reveals Why She and Kyle Broke Up: "There Was a Lot of Pressure on Us"

Lee and Jansen got a chance to confront each other after their breakup during the "Love Is Blind" season two reunion. Their heated conversation brought the former to tears when they brought up their wedding-day fight, and as of today, Lee confirms her on-again-off-again relationship with Jansen has not been rekindled since. "[There's] no relationship," she says. "I haven't talked to him since six months ago. We don't keep in contact."

"It was really a way of sticking up for myself and standing my ground at that moment."

However, Lee and Jansen's drama carried on during "After the Altar" when the former told the rest of the "Love Is Blind" cast about the reported messages between her ex and Hurley. Despite Lee's ongoing feud with Hurley, she says they didn't speak to one another during her 30th birthday party in "After the Altar" — other than to say hello — but admits she was hurt by what had allegedly taken place behind her back.

"When we came to filming 'After the Altar,' it was less than a week after the last 'Love Is Blind' episode had dropped, so it was really hurtful for me to [have] Shaina, as my former friend — she was one of my closest friends in the pods — and then Shayne, my former fiancé, [have] all these lies being revealed through the show and seeing them for the first time. Additionally, some things have happened behind the scenes that I do mention in 'After the Altar' as well," she says. "Her just encouraging Shayne to come after me at the reunion and things like that."

Lee says she chose to reveal the rumored flirty messages between Jansen and Hurley while filming "After the Altar" because "I felt like talking about my side of the story." "It was really a way of sticking up for myself and standing my ground at that moment," she adds. "I decided to talk about it, but now that it's been six months, obviously there's been a lot of healing and moving on."

In a previous interview with POPSUGAR, Hurley said that the DMs she and Jansen exchanged were "platonic" before she accused Lee of attempting to "spread fake rumors" about her. The two costars still have not spoken face to face about their back-and-forth, but Hurley said she hopes that "there will be a resolution" one day.