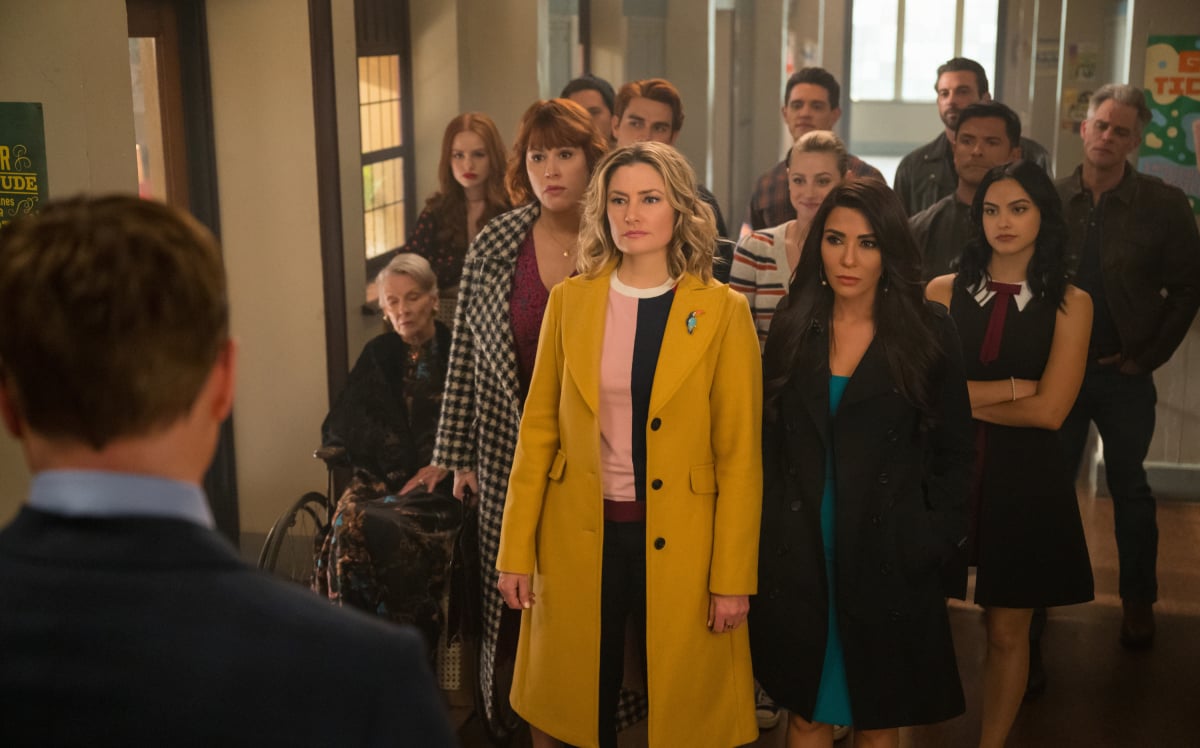 Season four of Riverdale has been a hard-fought battle between our favorite moody teens and the powers that be. Whether they're taking on a squad of malicious private school preppies or butting heads with Riverdale High's Principal Honey, the core four have had their work cut out for them. And the May 6 episode is gearing up to be another major showdown with a twist. But the forthcoming chapter has two added layers of value: since Riverdale halted production due to coronavirus concerns, the episode is now the finale (cutting the season short by three airings) and it's directed by Mädchen Amick, who plays Alice Cooper.

In an interview with POPSUGAR, Amick spoke about her network directorial debut and how she ended up behind the CW camera. "Directing is something that I wanted to do most of my career," she said. "I started directing music videos [including 2016's "Kings & Queens" by her daughter, Mina, and 2017's "Spoken" by her son, Sylvester], which is a big love of mine. And then I ended up writing and creating a docuseries that was close to our heart as a family because it's based on mental health, and we're big mental health advocates. So then, around season two of Riverdale, I just started saying, 'Hey, I would really love to direct an episode.' And during season three, Roberto [the executive producer] asked if I wanted to direct an episode for the current season, and I said, 'Yes!'" 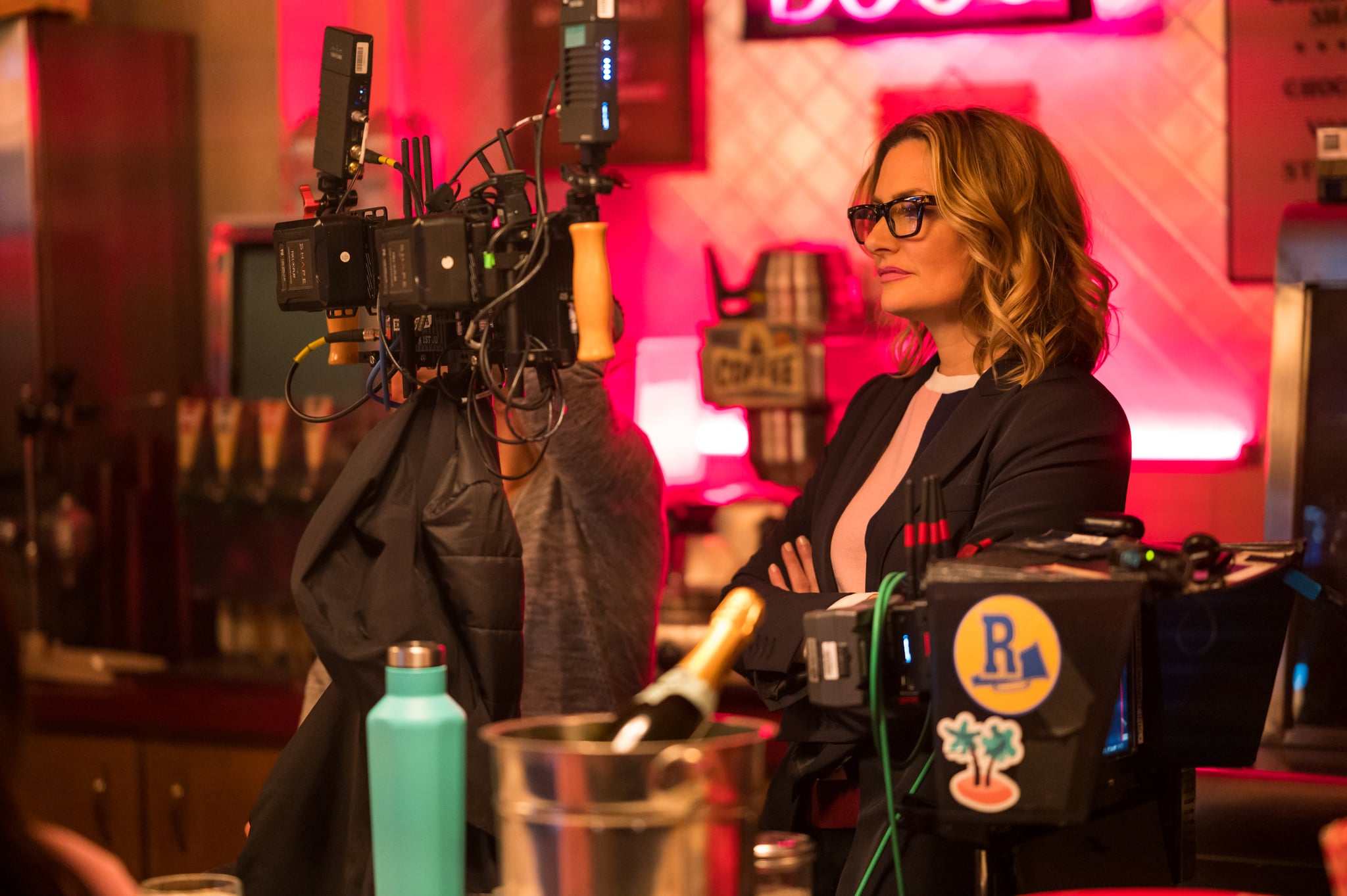 Considering Riverdale's distinct modern-nostalgic aesthetic, stepping into the director's role was a fun challenge that taught Amick, a student of filmmaker David Lynch, quite a bit about scene-setting. "The most gratifying part was being able to implement my vision of how I read the script, how I saw it coming to life, and making all of those decisions," she said. "From picking the right color of a fork to capturing the feeling of the scene and choosing your shots with your DP, it all helps enhance what's happening in the story. Everything that I chose went up the chain and Roberto signed off and made sure he felt it was right. But I loved having that opportunity to present all those little elements that bring depth to the story."

Amick also developed a deeper admiration for those working diligently off screen. "I've always been very aware and sensitive to how hard our crew works throughout my career," she said. "But being a part of it is like being in the trenches with a group of people who are all working toward the same goal, and all of the work that goes into prep — actors aren't exposed to that. We're too busy filming. But all of the care that goes into directing and the enthusiasm that the crew has, I was just really blown away by. Being by their side through all of their long hours of work gave me a new appreciation." 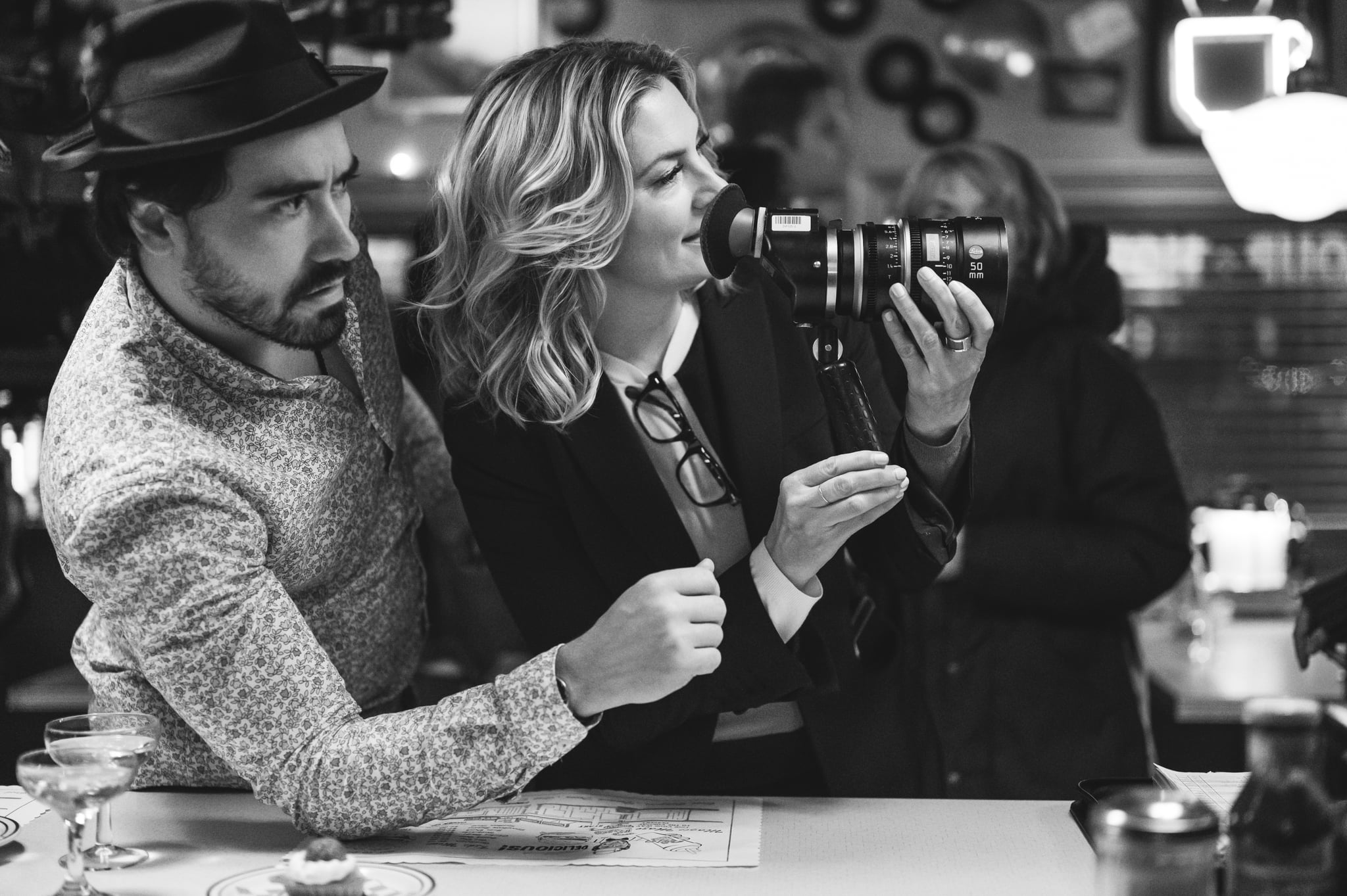 We'll get to see all of Amick's hard work come to fruition in the finale when things really hit the fan. "The biggest focus of the story is about Principle Honey, who's been tormenting the kids all season," she said. "They finally go up against him, and there's a lot of reality but we also show a lot of fantasy about what they would like to do to Principle Honey. That was really fun — torturing Kerr Smith, who plays Principle Honey. He did a great job, and he was so gung-ho to be tortured through the whole episode. And then the other storyline and the big cliffhanger is the videotapes that the auteur voyeur has been sending everyone in town. Something happens in one of the tapes where it leaves us questioning, did this person up the threat and was there a death that happened?" As usual, Riverdale is about to put us through the emotional wringer, and we can't wait.

Music
Gia Woods Is Back With New Lesbian Anthem, "Lesbionic": "It's a Female Empowerment Song"
by Reilly Lucas 16 hours ago

Meghan Markle
Meghan Markle Reacts to Abortion Ruling: "What Happens With Our Bodies Is So Deeply Personal"
by Yerin Kim 18 hours ago