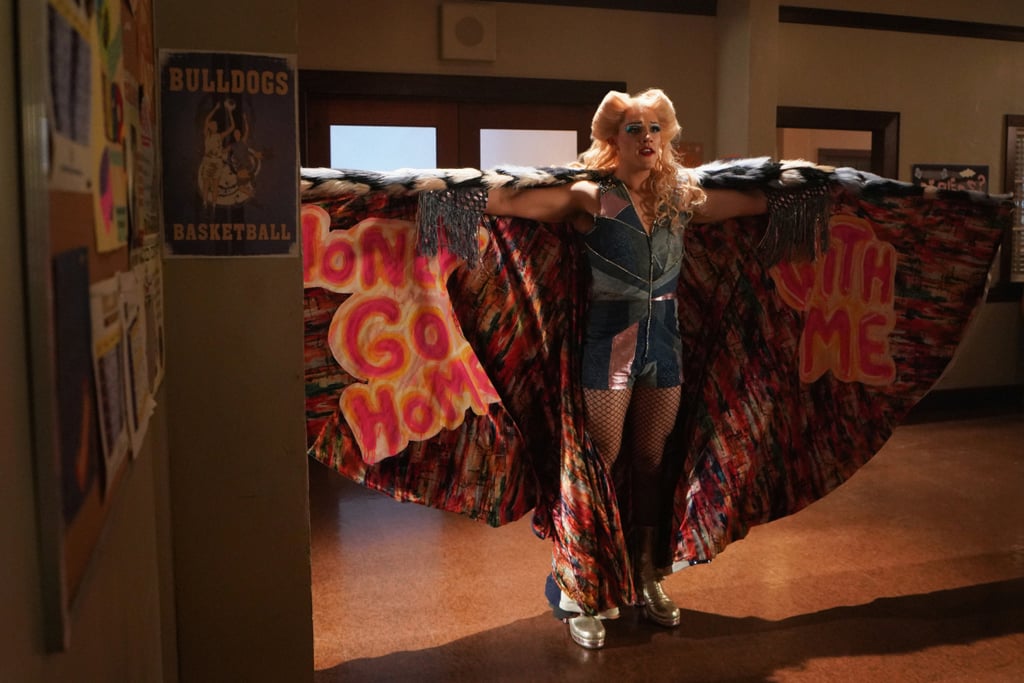 Casey Cott Sang Hedwig's "Tear Me Down" on Riverdale, and My Jaw Is Still on the Floor

Riverdale returned from hiatus with it's April 15 musical episode, and it did not disappoint. This season, after taking on Carrie and Heathers in past installments, the show took inspiration from Broadway's Hedwig and the Angry Inch.

As the coordinator of Riverdale High's variety show, Kevin Keller (Casey Cott) is excited to perform tunes from the classic. But Principal Honey isn't on board, believing Hedwig is too controversial. Does that stop Kevin, though? Of course not! To take a stand against the powers that be, he stages his own production in the middle of school. Transforming into the role of Hedwig Schmidt, Kevin croons "Tear Me Down" with Fangs and Sweet Pea playing guitar and Toni Topaz on the drums. And, y'all, he did the damn thing.

There's so much to love about this moment: the spot-on Hedwig ensemble, Kevin's vocals, the fact that he gives Archie a big ole smooch (as if Archie didn't kiss enough people in this episode). I could go on, but it's best if you just see for yourself. Watch the performance ahead, then read how fellow Riverdale fans reacted to the amazing set!

Related:
From Kevin's Epic Solo to Barchie's Duet: All the Songs From Riverdale's Musical Episode
Previous Next Start Slideshow
RiverdaleMusicTV