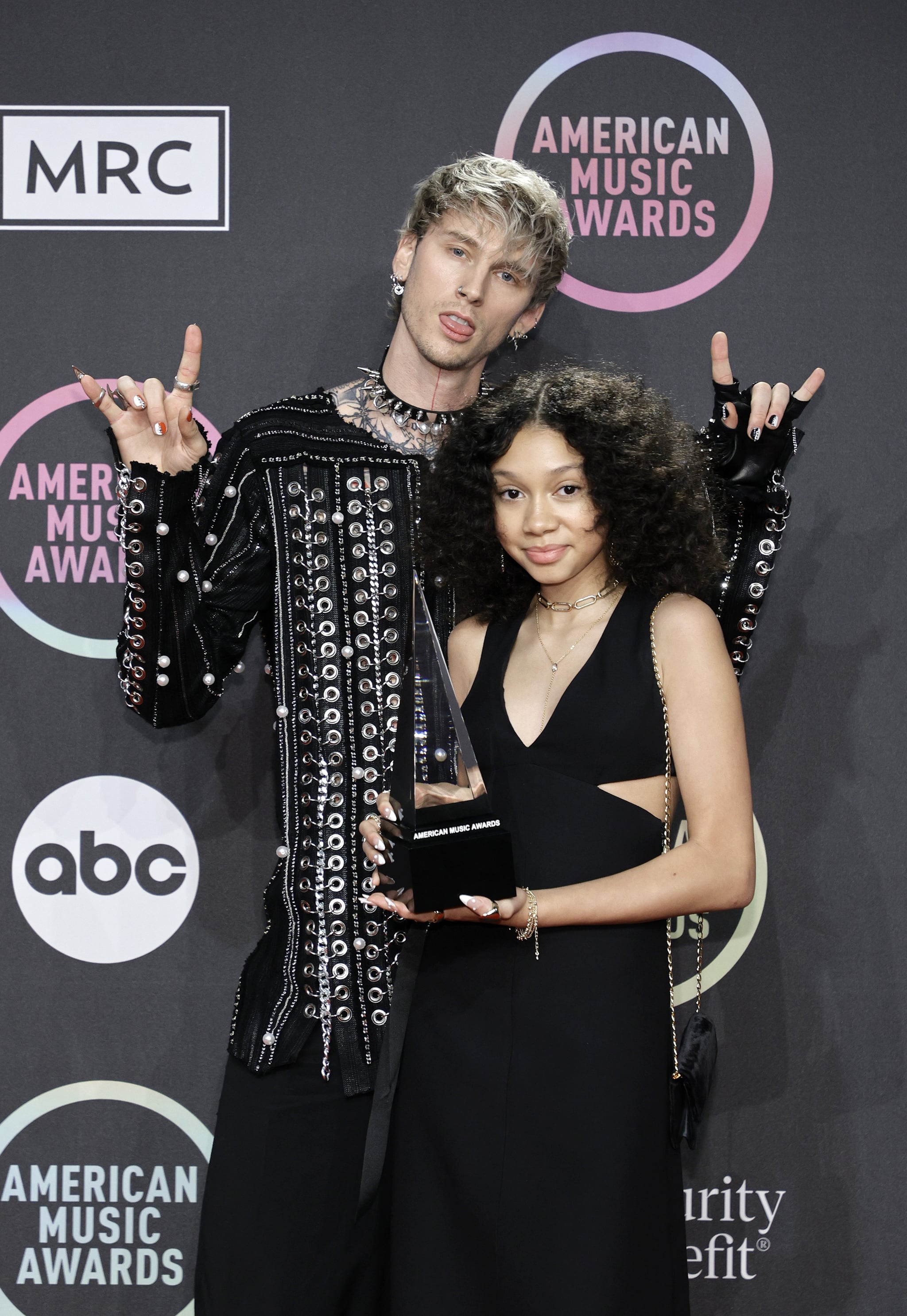 In the song titled "Wall of Fame (Interlude)," Colson Baker and Davidson are heard joking around together. "What's this wall?" Davidson asks. Colson Baker shouts, "We love the wall!" Davidson jokes, "It's a wall of famous people? Wow . . . LA sucks." Colson Baker says, "Dad, you on the wall?" MGK confirms he is, and Davidson admits he's "a little jealous." He adds, "I think the wall's lame, but I want to be on it. Does that make sense?"

"Anyway, I hope the next song is a banger. Enjoy Machine Gun Kelly's album," Davidson adds.

It's not the only high-profile collaboration on the album. MGK's song with Willow Smith, "Emo Girl," has become a major hit on TikTok. And it's also not the first time MGK and Davidson have linked up professionally. Davidson appeared briefly on his 2020 album "Tickets to My Downfall," and the duo appeared together in the 2019 Hulu film "Big Time Adolescence," as well as "The King of Staten Island" in 2020.

Colson Baker has been more involved in her dad's public life lately. In 2021, they walked the red carpet together at the American Music Awards. Listen to the collaboration below.