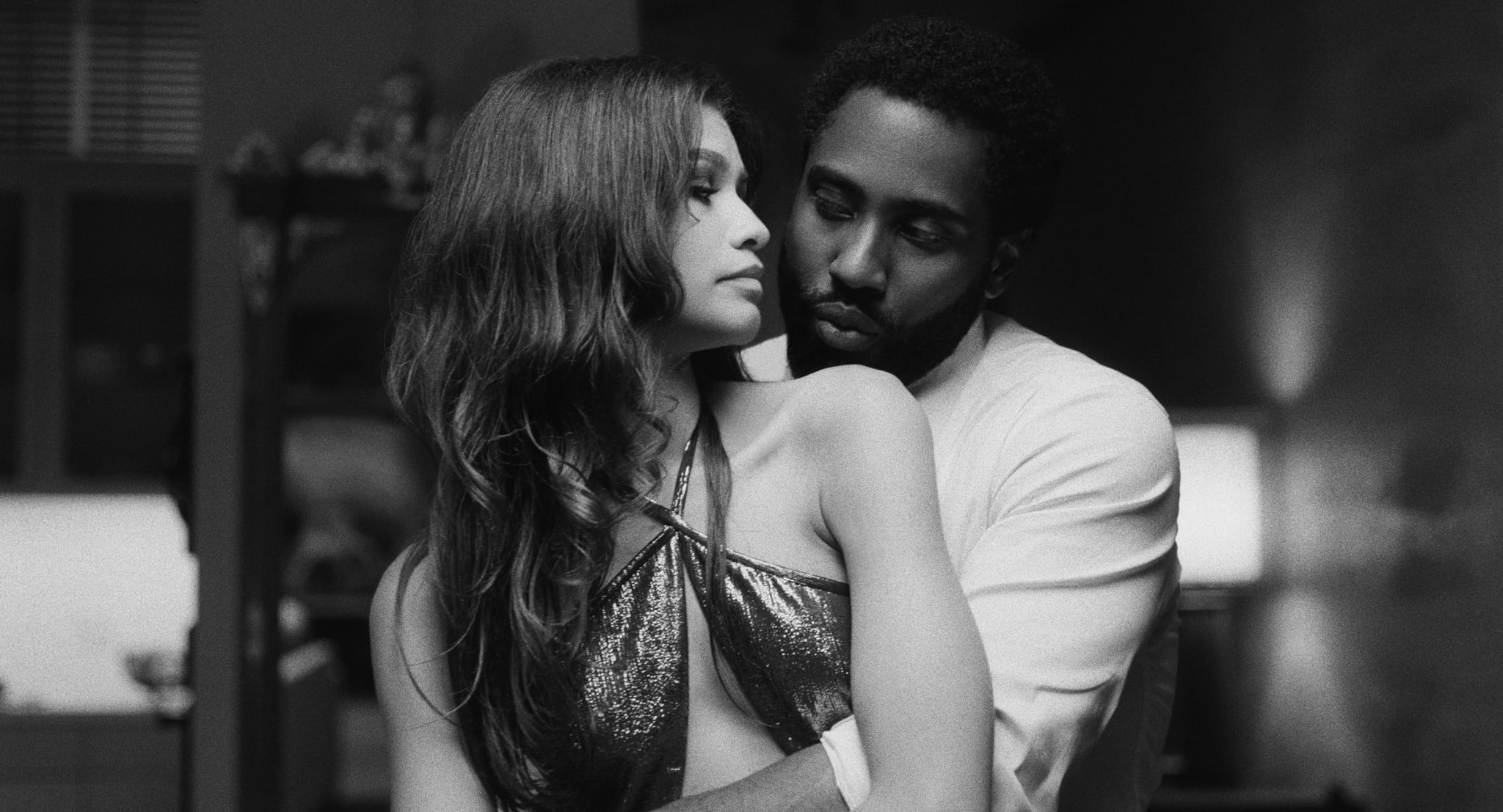 "This isn't a love story but a story about love."

You almost got it, Sam Levinson. Malcolm & Marie is not a love story, but if there's any love to be seen in this film, it's so twisted and tainted beyond repair that it's become an ugly shadow of whatever it was when the characters first met. We meet Malcolm and Marie as they return from the premiere of the former's film, which he's hoping will lead to critical acclaim. But as the two settle in for the evening, tensions rise and revelations surface as they contend with the rocky waters in their relationship and test the strength of their love.

Zendaya and John David Washington do some of their best work in the black-and-white picture, giving breath to Levinson's laborious script and pulling viewers into an emotional tug of war that lacks a winner. There's a familiar hauntedness about Marie, who shares a few significant milestones with the character that earned Zendaya her title as youngest Emmy Award winner ever. While Rue Bennett is in the middle of her struggle, Marie is a recovering addict who, after years of therapy, is almost unflinchingly self-aware. She lays her wounds bare, allowing Malcolm to pick at them like a hungry vulture, because whether he's hurting her or loving her, at least he's paying attention to her. That is what their relationship has become at this point: a cycle of Marie asking for Malcolm to give her affection, attention, love and respect, and him giving just enough to keep her on his line.

Malcolm is a typical narcissist, a title that would only bother him because he would never consider himself typical. According to Marie, he grew up with a silver spoon in his mouth, despite the street-smart facade he puts on for his admirers, and actually craves the validation he deems himself above. He's aggressive, verbally abusive, and manipulative to the point where I have to wonder if Marie has no friends who've tried to get her away from this shallow monster of a man. Although the catalyst for Marie's anger is Malcolm forgetting to mention her name during his thank-you speech, it becomes clear that the current incident is only the latest of slights that have led to that moment. "I feel like once you know someone's there for you, and once you know they love you, you never actually think of them again," Marie calmly tells her seething beau at one point. "It's not until you're about to lose something that you finally start paying attention."

"He calls her broken, says that he loves her, and tells her to wipe the smile off her face because she looks stupid — almost all in the same breath."

It's not hard to choose sides in a relationship filled with enough toxicity to create fumes, because even when Marie's past wrongs are exposed (cheating on Malcolm and a relapse), they don't compare to the way Malcolm continually eviscerates the woman he claims to love in an attempt to "win" their arguments. Marie's anger is valid, which Malcolm confirms through the mulish pull of his jaw as he eats the mac and cheese she made for him after accusing him of creating a film based on her life. He stews over the accusation, stubbornly refusing to admit that he used his girlfriend's life story as the foundation of his "masterpiece," eventually using it to confront her in the bathroom. While Marie soaks in the bathtub, Malcolm drags out the women of his past that he claims he used to shape his main character, taunting Marie with graphic details of his previous relationships and how he seemingly immortalized them for his movie. He calls her broken, says that he loves her, and tells her to wipe the smile off her face because she looks stupid — almost all in the same breath. It's a breathtakingly cruel moment that instantly lets us know the kind of partner Malcolm is, and it's not a pleasant discovery.

It's easy to want Marie to leave Malcolm, but just like a majority of abusive relationships, it's also easy to see why she won't. As the two lock horns, Marie reveals how Malcolm is the only person she has in her life, and everything she does is for him to be the best girlfriend he'll ever have. He helped her get clean at the young age of 20 (and though we never quite learn how old Malcolm is, there's no mistaking the power dynamics at play), she read the first draft of his script, and he knows all her secrets. Where could she go? How could she start over? Even after the torturous bathroom scene, Marie is the one who slinks apologetically to Malcolm's side, demure and properly chastised to the point that she's forgetting that she was angry for good reason. Malcolm feeds off Marie's dependency and love for him but can easily let her go if he were to find someone else to do the same. What does she have without him? (A much healthier life, but she can't see that right then.) 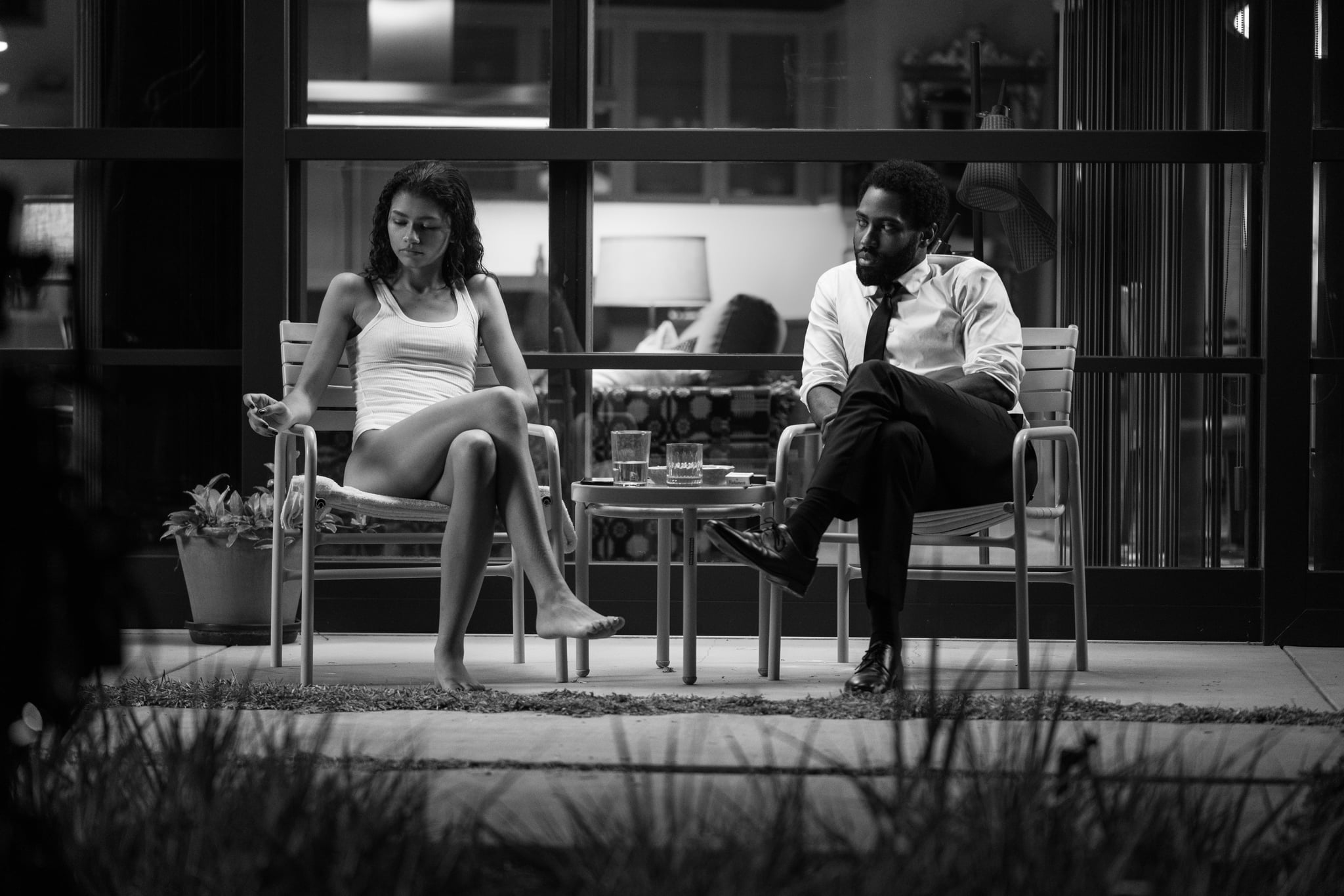 By the end, when Malcolm finally says thank you after Marie breaks down all the ways she has been the partner doing the heavy lifting in their relationship, all you feel is exhaustion. Is there a perfect ending to this film? For me, it's Malcolm waking up, calling for Marie as he does in the final scene, only to find that she has left him. And he will never see her again. That doesn't happen, and instead, we get an ending that feels as unsatisfying as much of film — although it's perhaps a realistic resolve. But Marie deserves more, and so did we. Although Zendaya delivers an absolutely stellar performance that perfectly compiles Marie's vulnerability, bluster, and viciousness, she's fighting against a heavy-handed script that spends way too long on film criticism — especially when it's supposedly in the perspective of a Black filmmaker but is actually written by a white one.

Nonetheless, I'd recommend anyone watch Malcolm & Marie, if only to receive the lesson in acting Zendaya and Washington deliver.