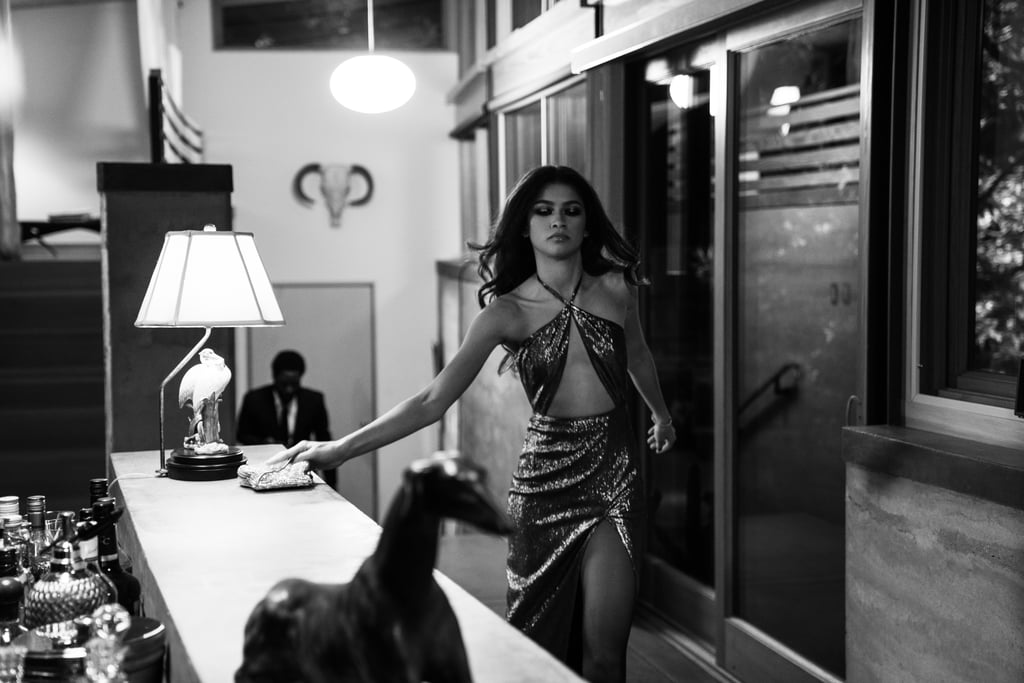 We Have Some Thoughts on Malcolm & Marie's Final Scene

The turbulent relationship between a filmmaker and his girlfriend is the center of Sam Levinson's Malcolm & Marie, and however you may feel about the entire project, there's no doubt that stars Zendaya and John David Washington put on some of their best performances ever.

As the pair battle back and forth about the highs and lows of their relationship, trading barbs and taking shots when able, their night comes to an end as Marie breaks down all the ways she has been the partner doing the heavy lifting in their relationship. Malcolm finally thanks her, putting an apparent end to their hours-long battle. The next morning finds Malcolm alone in bed, and he wanders the house, calling for Marie in a moment that echoes an earlier scene in the film. He finally finds her standing near the lake, and as the audience watches from inside their bedroom, he stands beside her in supposed silence.

Although there aren't any words spoken, it's an assumed truth that Marie will stay with Malcolm despite his best efforts to emotionally destroy her. Their vicious cycle will continue until one of them leaves the other or one of them loses themself to the dark void that they've created in one another. Keep reading for four editors' thoughts on the final scene and the torturous relationship between Malcolm and Marie.