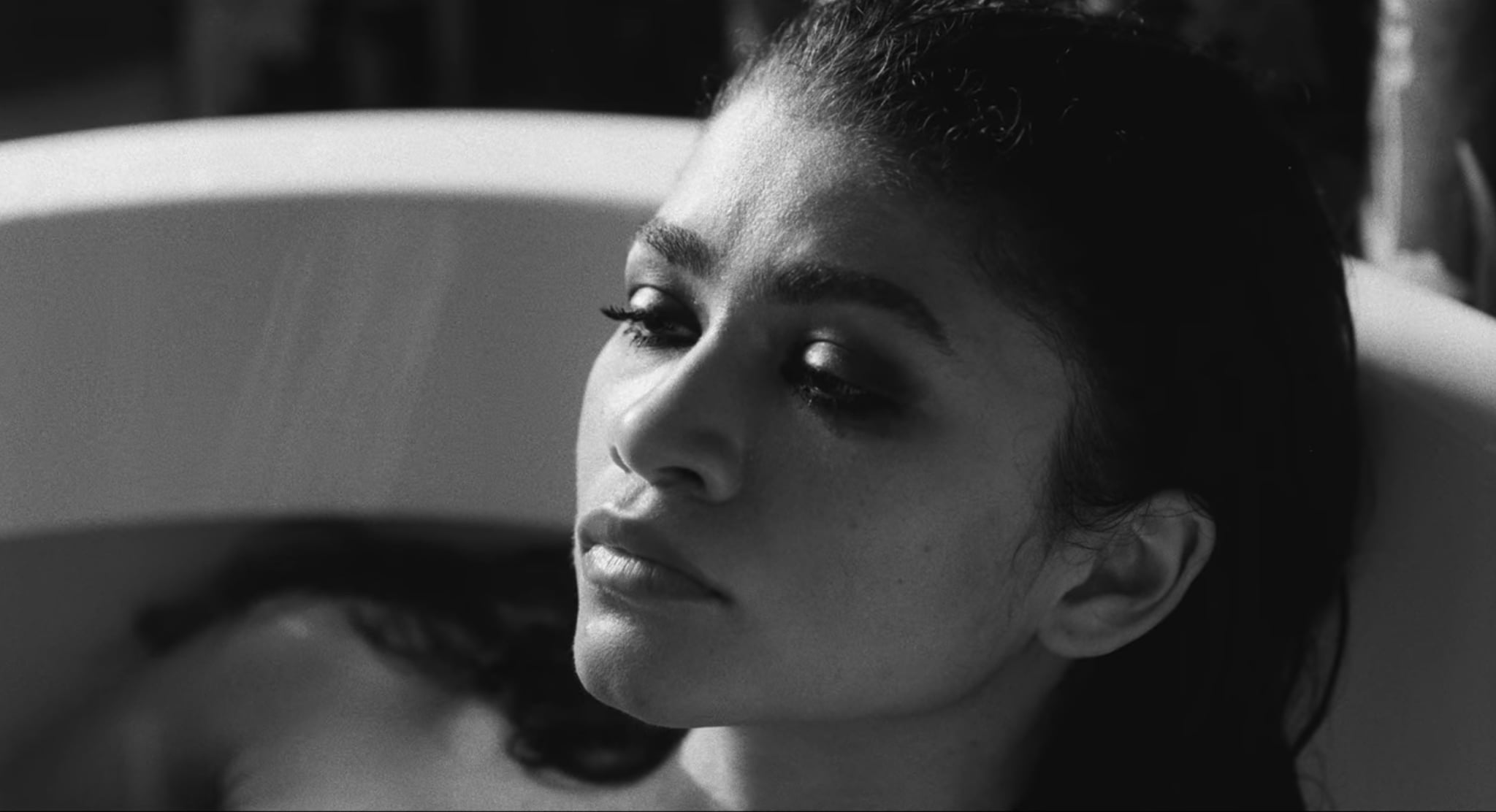 If you've ever endured emotional abuse from someone whose ego has completely overtaken their ability to act humanely, then one scene in Malcolm & Marie might be especially triggering. The Sam Levinson Netflix feature finds a couple straddling the bounds of what happens when a recovering addict collides with a big-headed filmmaker — whose latest work is about a drug addict. As Marie tries to get Malcolm to acknowledge her influence over his project, Malcolm resists the notion that she could have anything to do with his perceived greatness.

Malcolm is set all the way off when Marie calls him "mediocre," so much so that he exits the house to exercise a literal fit. Reentering the house, where Marie now has the nerve to be relaxing in a bathtub, he asks his counterpart to stand by her word, and she does. It is at this point that Marie becomes a threat to Malcolm's pride that must be eliminated.

"You wanna play dirty? Well let's go," he starts. "I promise I can hurt you 10 times worse. You're a f*ckin' featherweight, a level-one boss. I can snap you like a twig."

As you might imagine, what comes next (at the 42-minute mark) is neither kind nor compassionate. So here's what happens in that bathtub scene — you know, in case you're not in the mood to watch a brutal verbal onslaught that lasts for nearly 10 minutes.

Related:
Malcolm & Marie Isn't a Love Story; It's a Toxic Tale of Addiction, Obsession, and Ego

Shocker: he gaslights her.

If anyone has ever tried to make you question your reality — particularly with insults about why your reality is unreliable — then you, my friend, have been gaslit. Reducing Marie's search for gratitude to a search for validation, Malcolm accuses his girlfriend of using his film to "justify her existence." Instead of acknowledging the parallels of his film to Marie's life, he calls her solipsistic and maintains that his movie had "nothing" to do with her.

He cavalierly discusses his past conquests.

In another one of an abuser's oldest tricks in the book, Malcolm tries to disprove Marie's involvement in his film by running down a list of other women he drew inspiration from: Jess, an ex who rode CitiBikes with him around Brooklyn, Jayla, an ex who ties her shoe strings with two loops, and an exotic dancer from St. Louis named Keke, who he has sex with all over a Marriott penthouse suite. And when he couldn't hurtfully attribute a quote from his film to another ex-girlfriend, he chalked it up to "an old played out line that every n*gga done heard before." Classy.

He makes light of her trauma.

As if he hasn't already torn Marie down enough, Malcolm then goes on to basically invalidate her entire experience: "But you're an addict, right? That's what makes you so f*ckin' unique, right? That's what makes your contribution so much more significant, right? Get the entire f*ck outta here. You're not the first broken girl I've known, fucked or dated." That is, before noting Leah, another ex-girlfriend of his, who overdosed on Tylenol — which marks the second scene in the film where Marie's suicide attempt is thrown in her face.

After debasing and degrading Marie because of his own wounded ego, Malcolm then claims she likes to be debased and degraded. As Marie tries to hold onto her dignity with a smile, Malcolm disgustingly replies, "Stop f*ckin' smiling, 'cause you look like a clown." Even his terrible behavior is supposedly Marie's fault.

And then, he f*cking cries.

In a sweeping finisher move, Malcolm ends his tirade with maniacal expressions of his affinity for Marie. As though it justifies his storming attack, he doubles down on his denial. "I just love you, baby. I don't need you. But I love you." Then — with tears in his damn eyes — Malcolm finally gives Marie credit, but for his character's lowest point: "It's the end, the part that makes it such a tragedy. The part where she loathes herself because of all the guilt and the shame. She can't let the good in. That's the part that's based on you: her inability to fathom that there's somebody on this planet that just loves her, despite her not loving herself. That's you. That's the part that isn't fiction."

Jacob Elordi
Is Nate Secretly in Love With Jules on Euphoria? The Clue You Missed
by Hannah Resnick 2 hours ago