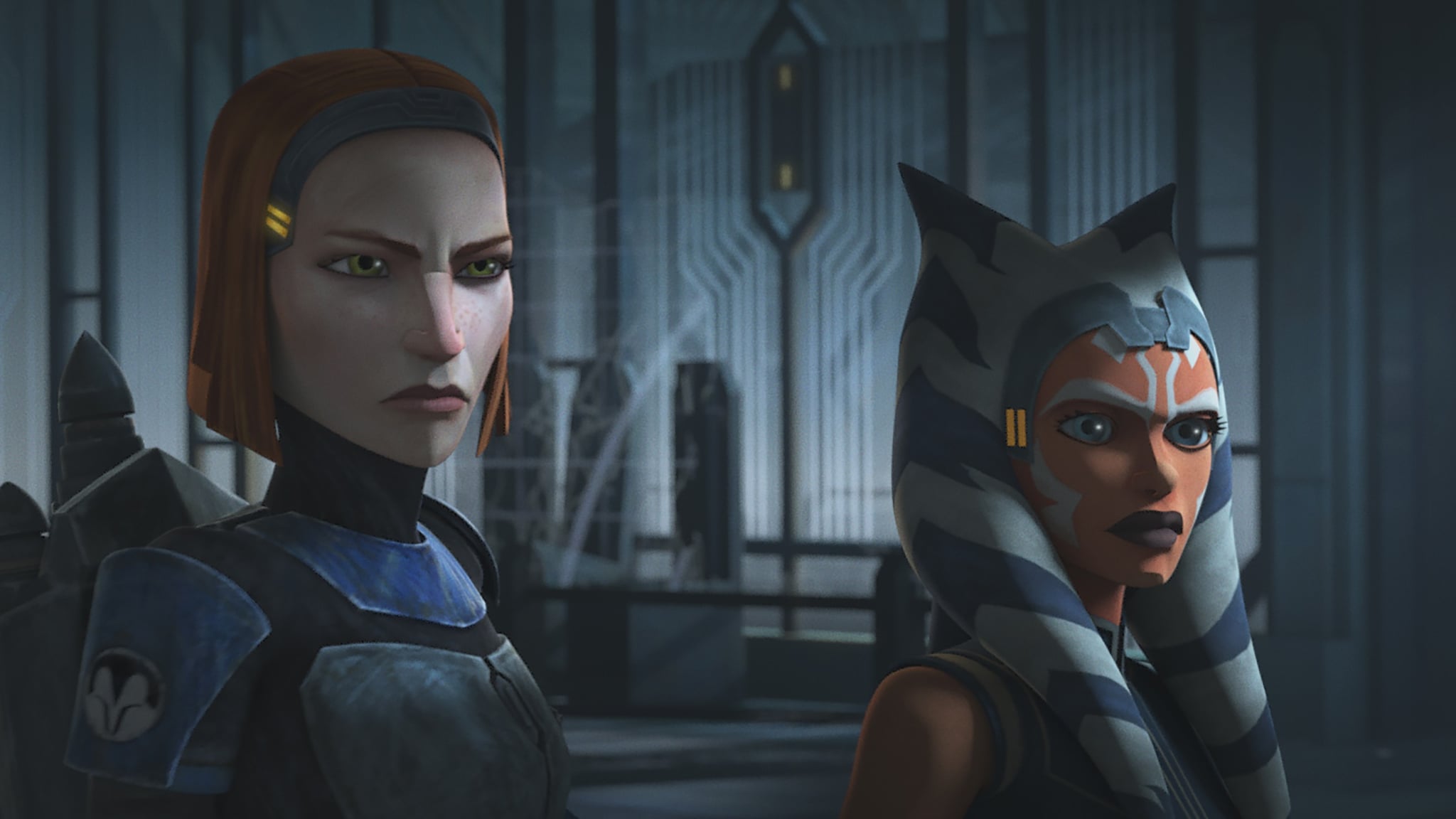 The latest episode of The Mandalorian finally puts Din Djarin in contact with other Mandalorians, including Bo-Katan Kryze (played by Katee Sackhoff), a warrior leader who rescues him before roping him into helping on her own mission. Although this is the first time Bo-Katan has appeared in a live-action Star Wars show, she's a hugely important character in the overall history of the universe.

The most important thing to know about Bo-Katan is that she was the last person known to wield the Darksaber, the powerful, ancient, black-bladed lightsaber that had been passed down from the first Mandalorian Jedi. Of course, that weapon has already been seen on The Mandalorian in the possession of Imperial Commander Moff Gideon. In the most recent episode, it's heavily implied that the darksaber is the thing Bo-Katan has been seeking: she asks the Imperial captain if "he" (presumably, Moff Gideon) has "it," to which the captain only replies, "If you have to ask, you already know."

Although Bo-Katan is apparently on the side of the heroes at this point, we know quite a bit of her backstory thanks to the Clone Wars animated series and beyond, and she wasn't always one of the "good guys." In that series, she actually allies briefly with Darth Maul and his Sith allies while she's part of a Mandalorian separatist group that wants to revive the planet's martial tradition, rather than their pacifist stance taken under the rule of her sister, Satine. As part of that group, Death Watch, she has something of a vendetta against Obi-Wan Kenobi, who they believe to be responsible for their group's exile from Mandalore.

Allying with a Sith, though, never ends well, which Bo-Katan finds out the hard way. They both betray each other during their attempted takeover of Mandalore, and the end results are devastating. Darth Maul duels Bo-Katan's friend and ally Pre Vizsla for control of Mandalore and wins, declaring himself the ruler of Mandalore and falsely claiming that Viszla was murdered by Satine. Unwilling to accept the rule of a non-Mandalorian, Bo-Katan joined forces with her sister Satine. A failed rescue attempt forced Bo-Katan to watch her sister die in Obi-Wan's arms, so she allied with her former enemy to avenge her sister.

The Mandalorian also reveals that Bo-Katan knows a Jedi: Ahsoka Tano, who fans of the animated shows will know was Anakin Skywalker's apprentice before he turned to the Dark Side. What the show doesn't mention is their complicated past. At first, they're enemies, fighting each other directly during Bo-Katan's stint working with Darth Maul. After Maul's takeover and Satine's death, however, they become allies and ultimately defeat Maul together, leaving Bo-Katan behind on Mandalore as regent. This connection explains how she's able to send Din Djarin to find Ahsoka, despite the frequently referenced traditional enmity between Mandalorians and Jedi.

The Empire's purge of the Jedi removes her from power, so she and her team, the Nite Owls, become anti-Imperial fighters. Eventually, she becomes the rallying point for rebel Mandalorian clans and takes possession of the Darksaber. How she loses it is not explained, although it most likely happens during the Empire's Great Purge of Mandalore. With her close ties to the overarching plot and villain, we're pretty sure we haven't seen the last of Bo-Katan!