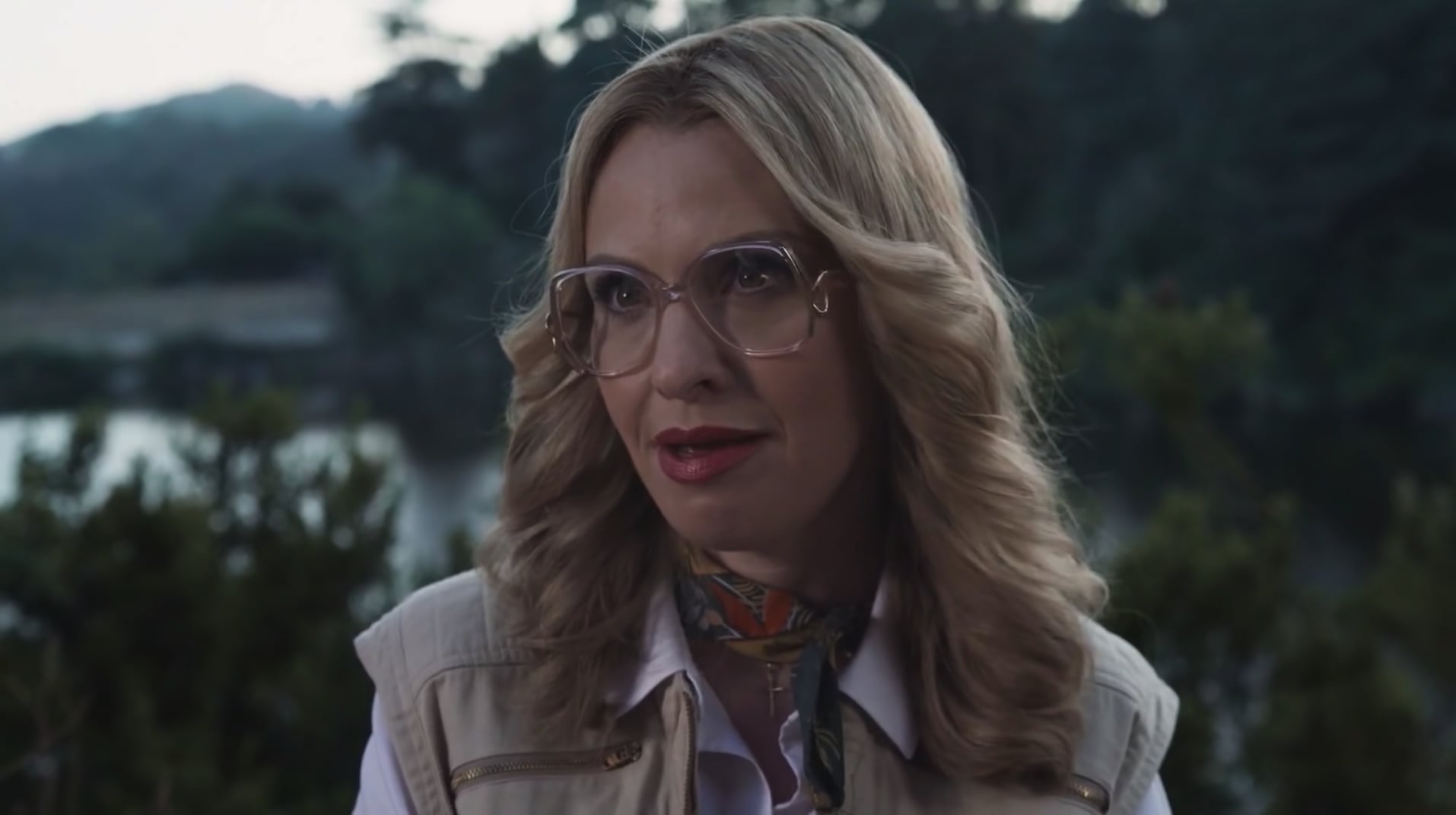 American Horror Story's "goriest season yet" has us all spinning our wheels on some theories about where the season will take us. 1984 is modeled after the slasher flicks that reigned supreme in the '80s, and the big mystery of Camp Redwood's 1970 massacre certainly lives up to the inspiration.

We've long suspected that there's more to the story than Benjamin "Mr. Jingles" Richter, the ear-obsessed Army veteran, being the culprit, but episode four finally revealed the truth: religious camp owner Margaret Booth (Leslie Grossman) killed the nine counselors on that fateful night in 1970 and framed Mr. Jingles for her crime.

Anyone worth their salt in the AHS fandom knows better than to trust a blonde with a mysterious past and a temper, and Margaret is no different. Since the beginning of the season, despite the obvious dangers of Mr. Jingles and the Night Stalker, there's something about Margaret that's obviously off. It all begins with the opening of 1984's first episode, which is ironically the ending of Camp Redwood's initial run. The episode opens with the 1970 slayings at the camp when Mr. Jingles enters the counselors' cabin and brutally massacres them all — except for one.

Later in the episode, Margaret reveals that she is the sole survivor of the slaughter, which she accomplished by pretending to be dead after being attacked. She cites Jesus as her savior for allowing her to remain silent while Mr. Jingles sliced off her ear, a trademark of his. She went on to testify against Mr. Jingles in court and send him to a mental hospital, where he remains until the reopening of Camp Redwood. He makes his escape, killing two people in the process, and returns to the camp.

The first clue that this is all a lie is the discovery that Jonas, a hiker that Xavier, Montana, Brooke, Chet, and Ray hit on their way to the camp, is actually the ghost of a former camp counselor who was killed during the massacre that night. When Margaret and Jonas reunite, the ghost reveals that he remembers seeing the other camp counselor drenched in blood inside the cabin, but bearing no wounds. He tells her that he ran away toward civilization, but was hit by Mr. Jingles's car and died. Jonas recalls seeing Margaret standing among the bodies, soaked in blood, which is very different from her recollection of laying with the bodies, pretending to be dead. 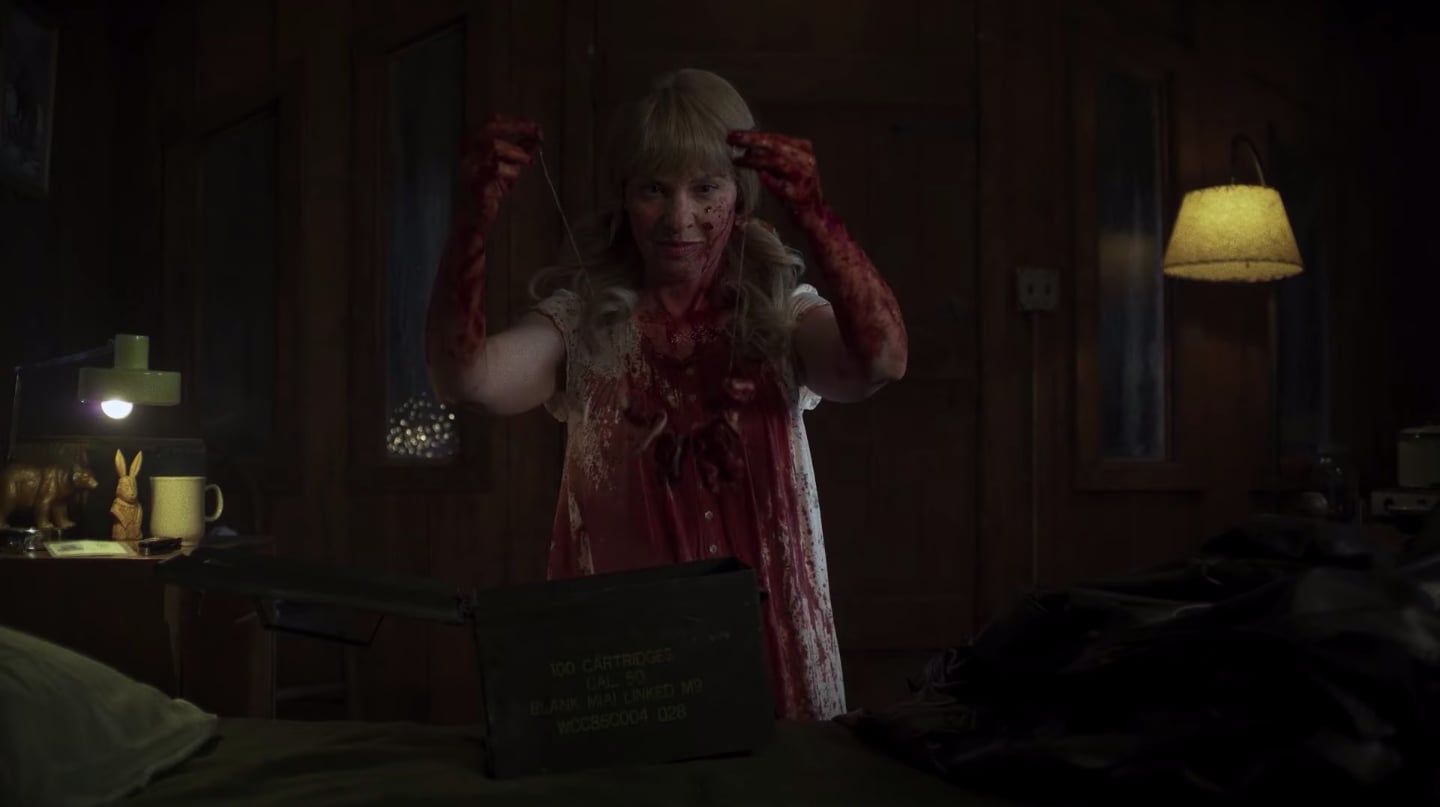 "True Killers" reveals that Jonas's recollection was correct: Margaret had been standing among the bodies, because she was the one who killed all the students. When Mr. Jingles finally makes his way to her cabin, Margaret is quite calm instead of frightened. She notes that all the years of electroshock therapy must have erased his memory of the incident and reveals to him (and the viewers) that the two shared an emotional connection back when she was a camp counselor. The other teens mercilessly teased her, and when Jingles swore to protect her, Margaret tried to get him to kill them. When he couldn't do it, she took matters into her own hands and killed her fellow counselors, framing Jingles by cutting all their ears off — including her own — and placing them in his Vietnam ammo canister.

Jingles is understandably shocked, realizing that he's believed himself to be a merciless killer for so long because of Margaret, but it wasn't true. But since he's had no qualms murdering everyone else that very night, he's not really that innocent. Margaret goes on to kill Trevor (framing Jingles for that kill as well), as well as burn everyone's remaining hope for an escape, so it's obvious that she's not done messing with everyone just yet. Thankfully, we have plenty of time and episodes to figure out exactly what she's planning and exactly what's going on in Camp Redwood. Maybe we'll even see the sunrise while we wait!

Netflix
The "Freeridge" Cast Say "On My Block" Fans Won't Be Disappointed: "It's Honestly the Same"
by Noelle Devoe 12 hours ago