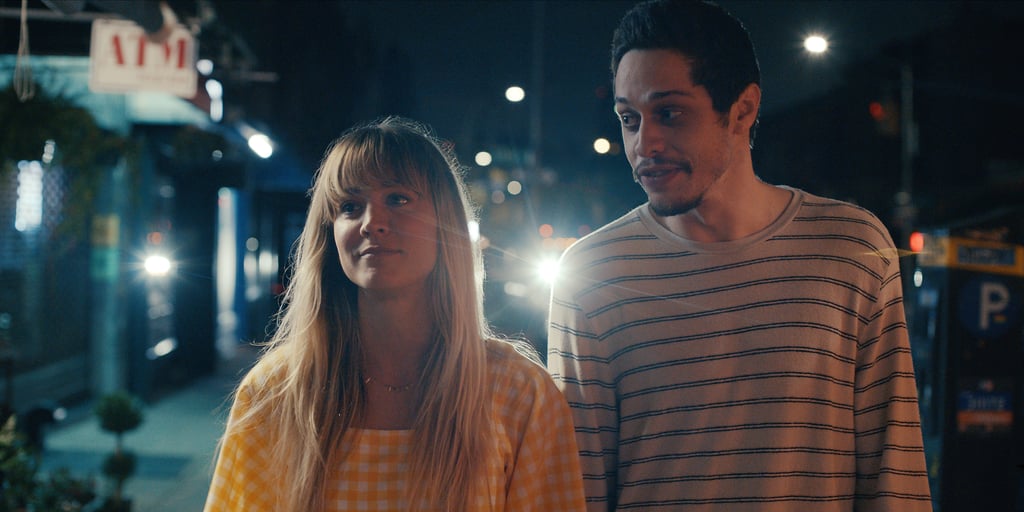 Pete Davidson and Kaley Cuoco are in for a wild romantic ride in their forthcoming Peacock rom-com "Meet Cute." The original film, which Davidson and Cuoco also worked on as coexecutive producers, follows the pair's characters, Gary and Sheila, who are under the impression fate brought them together for a chance at love at first sight. However, they soon realize a time machine is responsible for their blossoming romance, as they fall in love over and over again.

In "Meet Cute"'s trailer, which arrived on Sept. 8, Sheila (from the future) comes clean about the origins of her and Gary's love story, admitting that she traveled back in time to make him "perfect." But her efforts in the "timeless New York tale" don't exactly yield the results she hoped for.

"Meet Cute" isn't either actor's only upcoming project. Following Davidson's exit from "Saturday Night Live," the "Bodies Bodies Bodies" star has a few other onscreen projects he'll soon star in — including a horror flick titled "The Home," a Kevin Hart-produced feature called "American Sole," A24's "Wizards," and a comedy series about his life. Meanwhile, the comedian's Emmy-nominated costar has been tapped as a lead for another Peacock original, a true-crime–inspired series called "Based on a True Story."

Davidson and Cuoco's "Meet Cute" will make its streaming debut on Peacock later this month. Read ahead for everything we know about the film.