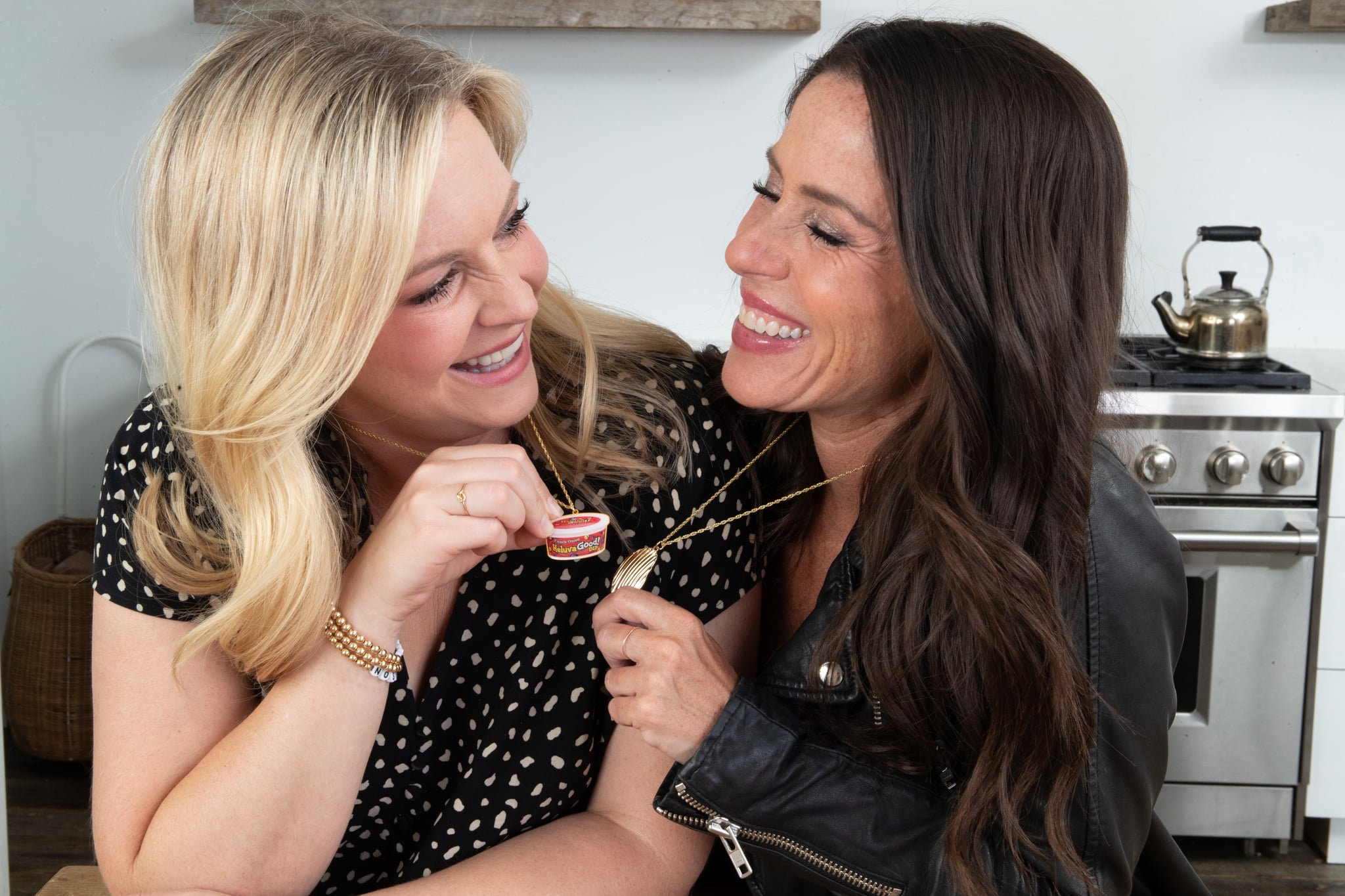 Since the '90s, we've swapped hamburger phones for smartphones and posters of Leo DiCaprio for neatly curated Harry Styles fan accounts, and our BFFs have been there with us to ride out every minute of it. We caught up with two best friends who have been there for each other through the decades — Sabrina the Teenage Witch costars Melissa Joan Hart, aka Sabrina Spellman, and Soleil Moon Frye, aka Roxie King — to look back on their IRL friendship over the years, sharing a few of their favorite moments together both on and off screen.

When they were around 6 years old, Frye and Hart attended an audition for Ron Howard's 1983 movie Little Shots and eventually became close friends in their teens, when they started working together on the later seasons of Sabrina the Teenage Witch. "We're both very chatty, very adventurous sort of people and just became fast friends," Hart told POPSUGAR, before Frye added, "By the time we were in our late teens, we were inseparable. We both love to talk. We also both love to listen and we both love to be really honest with each other."

In addition to being college BFFs on screen, the pair have been there for each other in real life through thick and thin, chatting about celebrity crushes and their favorite outfits from Sabrina over pints of ice cream and the occasional spoonful of caviar. "I remember crying on her shoulder with numerous boyfriend problems in my early 20s," Hart said, adding that she and Frye used to share an apartment in New York. "When I met my husband and we got married, she suggested this house that we should buy and that became our first home together. And then she suggested the place we got married. She had a baby, so I had to have a baby, and then she had another baby so I had to have another baby. So, Soleil's life sort of dictates my life." 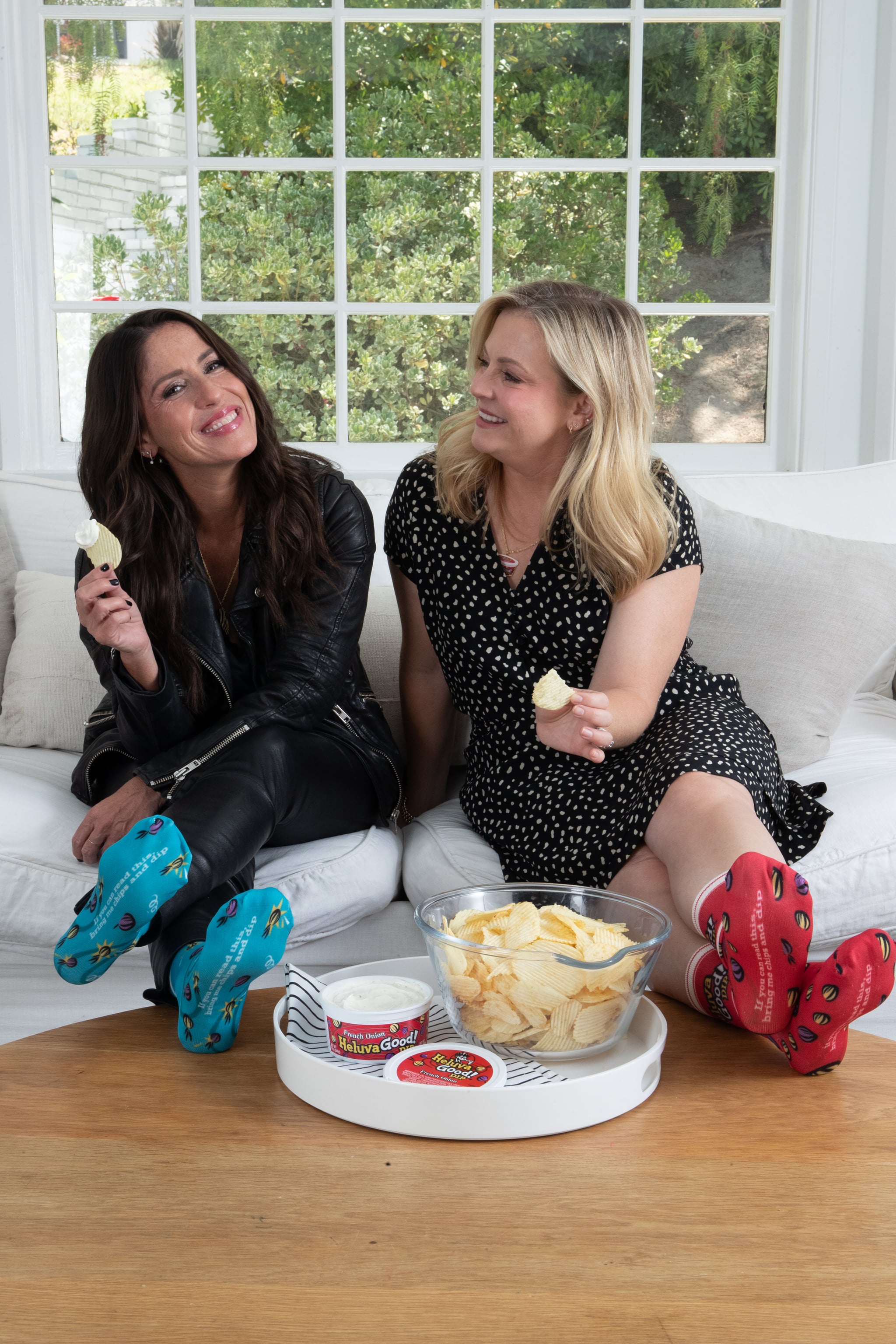 Today, Hart has three kids and Frye has four kids, so their '90s-style slumber parties usually involve family time, but that hasn't stopped them from squeezing in some childhood nostalgia here and there. "I watch Punky [Brewster] with the kids," Frye said, mentioning that she hopes to have Hart guest star in the Punky Brewster reboot. "While we were shooting the continuation, it was so sweet because my 7 year old and all the kids and my 5 year old, we all got together and watched it. And I actually cried watching the original Punky pilot . . . It's really been a dream come true. And it's been so fun to work with such incredible, amazing, inspiring people every day."

"I love this amazing being so much, and she's just been such an incredible friend to me and just a special part of my life."

The pair don't usually talk about work or being on set during their hangouts these days, but Hart did add that some of her favorite guest stars during her Sabrina Spellman days were Britney Spears, Kelly Clarkson, *NSYNC, Blondie, and Dick Van Dyke, who she danced with in the season four episode "Welcome Back, Duke." "It was incredible that everybody loved the show so much that they want us to be on it, or their kids loved the show and so they wanted to be on it for their kids," she said.

In celebration of National Best Friends Day on June 8, Frye and Hart partnered with Heluva Good! Dip on its '90s-themed merch sweepstakes, which includes BFF bucket hats, dip-themed charm necklaces, and more. And while life has been a whirlwind of changes since the '90s, it's nice to know that some of our favorite onscreen friendships still hold up IRL. "I love this amazing being so much, and she's just been such an incredible friend to me and just a special part of my life," Frye said before turning to Hart. "I have so many heartfelt memories of you, and the fact that you've just always been there to support me [means so much]." It seems like the ex-Sabrina the Teenage Witch costars truly have a magical bond that can't be broken. Feeling nostalgic? Check out our roundup of 100+ gifts to give your best friend ahead of National BFF Day.