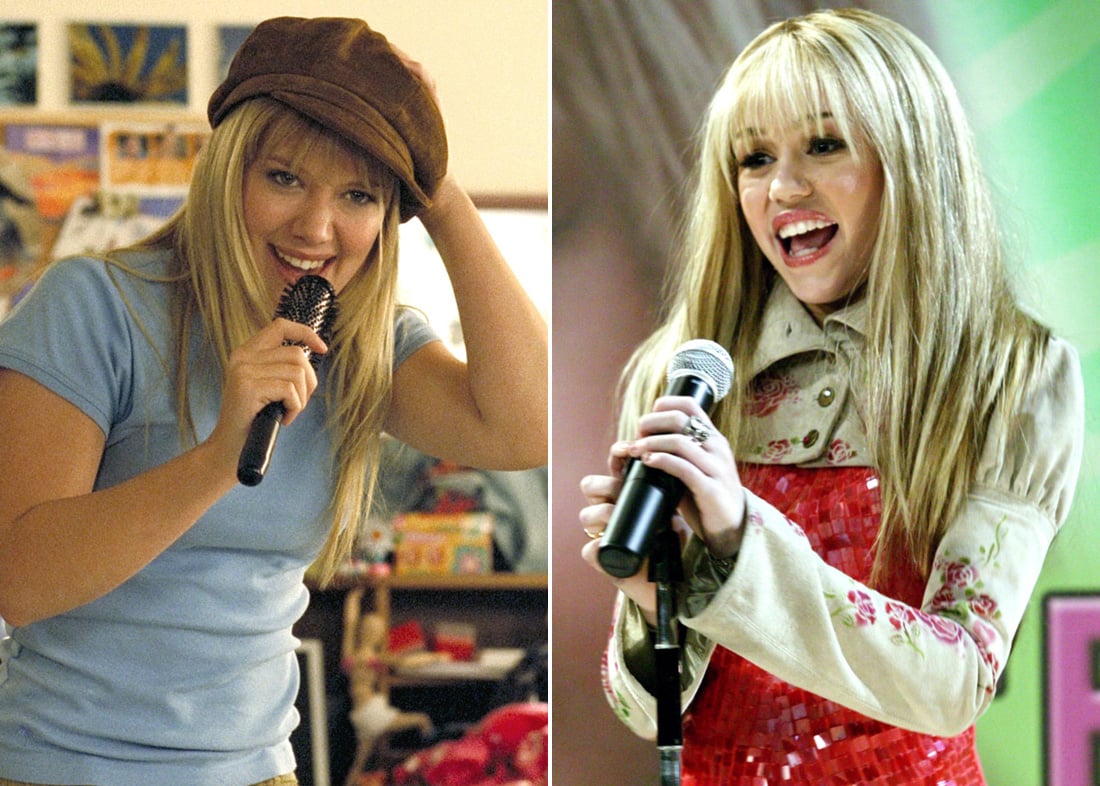 Disney icons Miley Cyrus and Hilary Duff reconnected on Wednesday, and it was a nostalgic lovefest. Cyrus, who's been hosting the Instagram Live series Bright Minded, revealed that the Lizzie McGuire star inspired her to audition for Hannah Montana. After attending one of Duff's concerts when she was younger, Cyrus said she became set on emulating her. The "Slide Away" singer said she flew to Los Angeles "almost immediately so I could audition for Disney and I ended up getting the role." She added, "But the only reason I wanted it was so I could do whatever you did. And so really, I don't think I gave a sh*t about being an actress or a singer. I just wanted to copy you no matter what."

Cyrus went on to sing Duff's praises for motivating her. "I just wanted to say thank you again for just inspiring me," she said. "I would never be sitting here, being able to be a light if it wasn't for you and you showing me how to do that."

The feelings of admiration were mutual as Duff also gushed over Cyrus. "First of all, you're so sweet, and I feel like I've known you for such a long time," she said. "Just to hear you say that, I feel like you have been such a bright light and you have made so many choices that have been so bold and you're an inspiration to me and to all of us — and you continue to be."

Lizzie McGuire aired on Disney Channel from 2001 to 2004. A reboot with the original cast is in the works, though production is currently on hiatus. Hannah Montana ran from 2006 to 2011, but we're not expecting a reboot anytime soon. In 2017, the actress told the Zach Sang Show, "[I] probably [wouldn't do a Hannah Montana reboot]. It's a lot of time to be spent with my dad. You know, my dad was my dad on the show. I have enough dad time." We can still hope, right? Ahead, watch Cyrus interview Duff at the 17:28 mark!