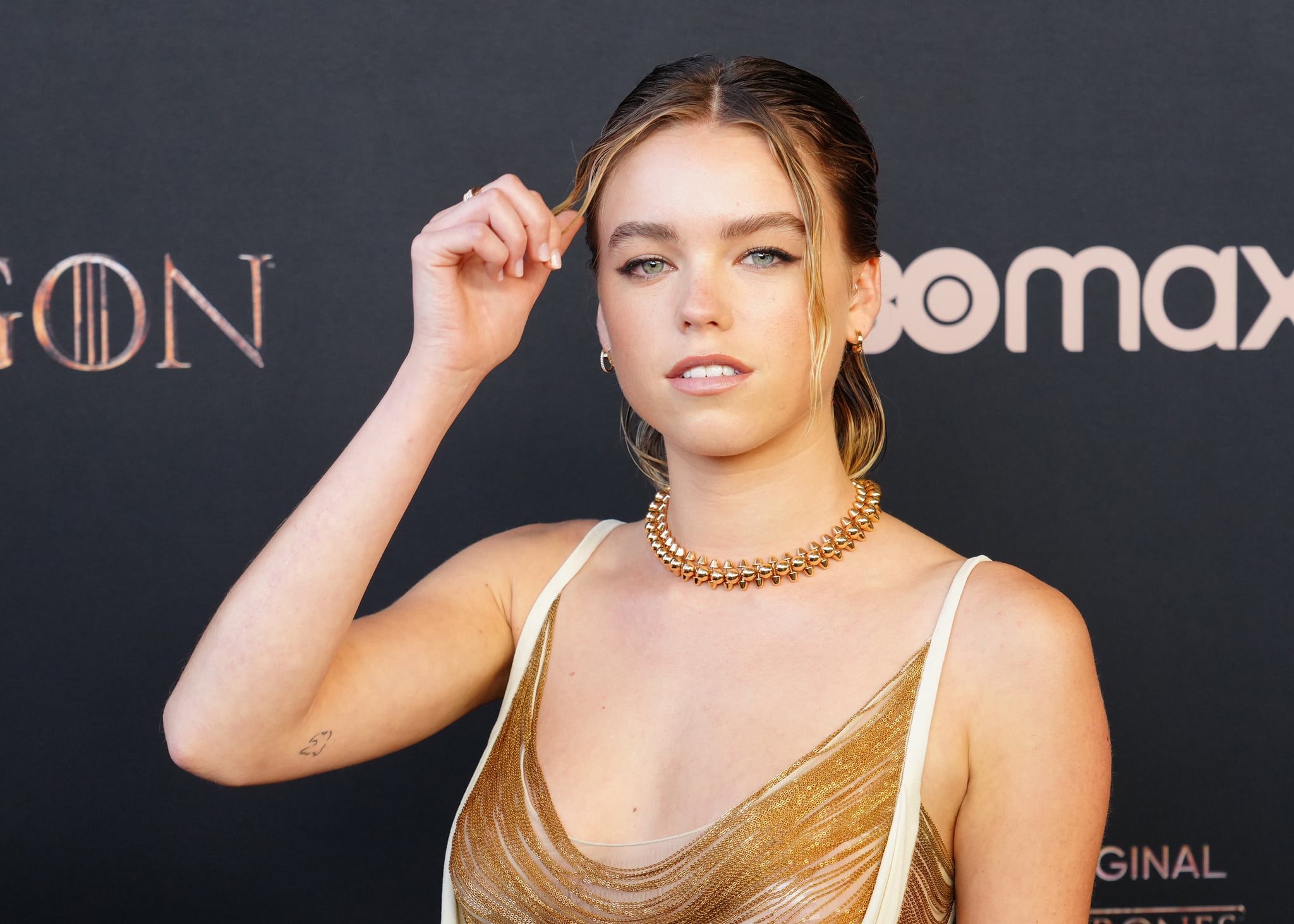 From the gore of a battle scene to the horrifying prospect of child marriage, the "Game of Thrones" universe portrays a world of patriarchy, misogyny, and violence. But according to Milly Alcock, who plays Princess Rhaenyra Targaryen in "House of the Dragon," some of that misogyny can be found within the online fandom, too.

Alcock has a unique vantage point of both the misogyny in the show's storyline and the dialogue surrounding it. Before landing the role of Rhaenyra Targaryen, she had never even seen "Game of Thrones," and now she finds herself at the center of one of the most elaborate and intense fandoms in the world. "It's like a part-time job," she recently told Nylon of observing the conversation about herself and her character on the internet. "It's an incredibly difficult space to navigate."

Aside from simply adjusting to seeing her face all over the internet, the Australian actor also thinks the show's content adds an extra layer for her to emotionally process. One of the central themes of the show is Rhaenyra's relationship with her close friend and her father's eventual wife, Lady Alicent Hightower (Emily Carey). She says the commentary on this relationship is where she sees fans' misogyny play out in real time.

"'House of the Dragon' highlights yes, the patriarchy, yes, misogyny, but also the internalized misogyny that these two women are forced to face. They're forced to be put at odds with one another by the choices by men," Alcock said. "But what I found quite hilarious is that the fanbase is also putting the actors, the young Alicent and the young Rhaenyra at odds with each other, and choosing who's better, also by decision of mostly men. So I think that it's really just f*cking ironic."

Carey and Alcock also spoke to POPSUGAR about their characters' intimate relationship in the show. "Something else we played around with throughout the show is that the jealousy between the two girls when it comes to talking about marriage and men, that I don't know whether it's they're jealous that the other is going to find a closeness with someone else or if it is a queer thing," Carey says. But ultimately, their tumultuous dynamic returns to the patriarchy embroiled in the "Game of Thrones" spinoff. "These women aren't given the privilege to know what choices they have because of the world that they live in. And I think that's the theme that runs through this entire story, and Alicent and Rhaenyra's relationship is a prime example of that."

When it comes to portraying the misogyny within Westeros, the "House of the Dragon" showrunners were very cautious. "If anything, we're going to shine a light on that aspect. You can't ignore the violence that was perpetrated on women by men in that time. It shouldn't be downplayed and it shouldn't be glorified," Miguel Sapochnik tells POPSUGAR. "It's really important to us that we be part of the solution there and not part of the problem. So that's how we've been approaching it. I don't even think we have any sexual violence in our season."

by Alicia Geigel 53 minutes ago