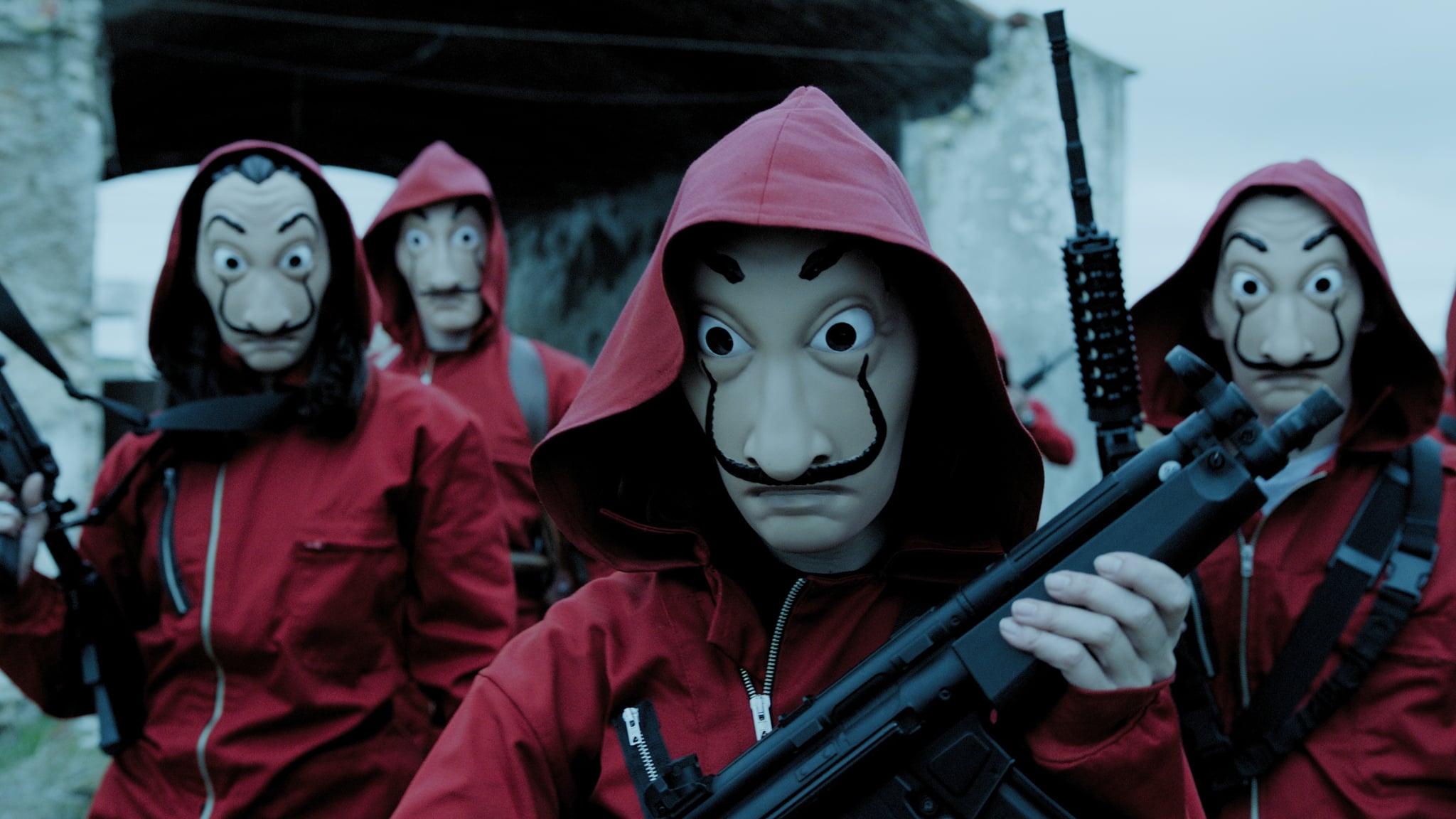 Though it was initially intended to be a limited series told in two parts, Money Heist debuted its third installment in July, and series creator Alex Pina confirmed that filming and production for the fourth installment started right after part three was complete. If you're late to the party, this Spanish heist show originally debuted in late 2017, telling the story of eight thieves who lock themselves in the Royal Mint of Spain — along with a group of hostages — as a criminal mastermind named the Professor attempts to get the police to cooperate with his master plan. While it's undeniably intense and totally addicting, fans still aren't totally clear on this: is Money Heist based on a true story?

In a June 2018 interview with Drama Quarterly, Pina explained that, when first coming up with the concept for the series, he and one of the show's writers, Esther Martinez Lobato, set out to create an "authentic" story with lots of action and twists. But is the story actually based on truth? Largely, no. Believe it or not, Pina and Lobato didn't base their story off of any specific news stories or historical facts. Everyone from the Professor to Tokyo is simply a character born from their imagination. "All the characters, they are anti-heroes, antagonists," Pina continued. "There's no good or bad; it's up to the audience to decide."

The characters and the plot may not be based on actual events, but there are historically accurate elements sprinkled throughout the series. "Bella Ciao," the Italian folk song that is sung by several characters throughout the series, originated from the 19th century, when it was sung as a form of rebellion against fascism. Money Heist's robbers are certainly rebelling against a capitalist system, so the use of the song makes perfect sense. Pina spoke about his choice to use the song to encompass the theme of rebellion in an April 2018 interview with NSS Magazine. "It is a song that has always been part of the soundtrack of my life," Pina said, "a song that reminds me of childhood and that the whole world knows, a hymn of resistance as the same series is, as long as there is resistance there is hope even if they do not have the faintest idea if they manage to get out of there."

There's also a reason why the robbers wear Salvador Dalí masks. Much of the artist's surrealist work was intended to criticize the modern capitalist society, which absolutely aligns with the beliefs of the thieves. Politically, the Surrealists worked to reflect the perspective and injustices of the poor and the working class in an attempt to overthrow exploitative ruling classes. Just like the radical Surrealists, who were influenced by anarchist or socialist ideas, the Dalí-mask wearing Robin Hoods of Money Heist are inspired by a similar purpose — especially since the series is set after Spain's 2008 financial crisis.

Through these references, Money Heist acts as a sort of allegorical tale of rebellion against capitalism and the government. We can't know for sure where Pina and Lobato got all of their inspiration, but we do know this: we cannot wait for part four of this wild series to premiere on Netflix.

Music
From Diddy to Brandy, Check Out the Best Performances From the 2022 BET Awards
by Monica Sisavat 8 hours ago