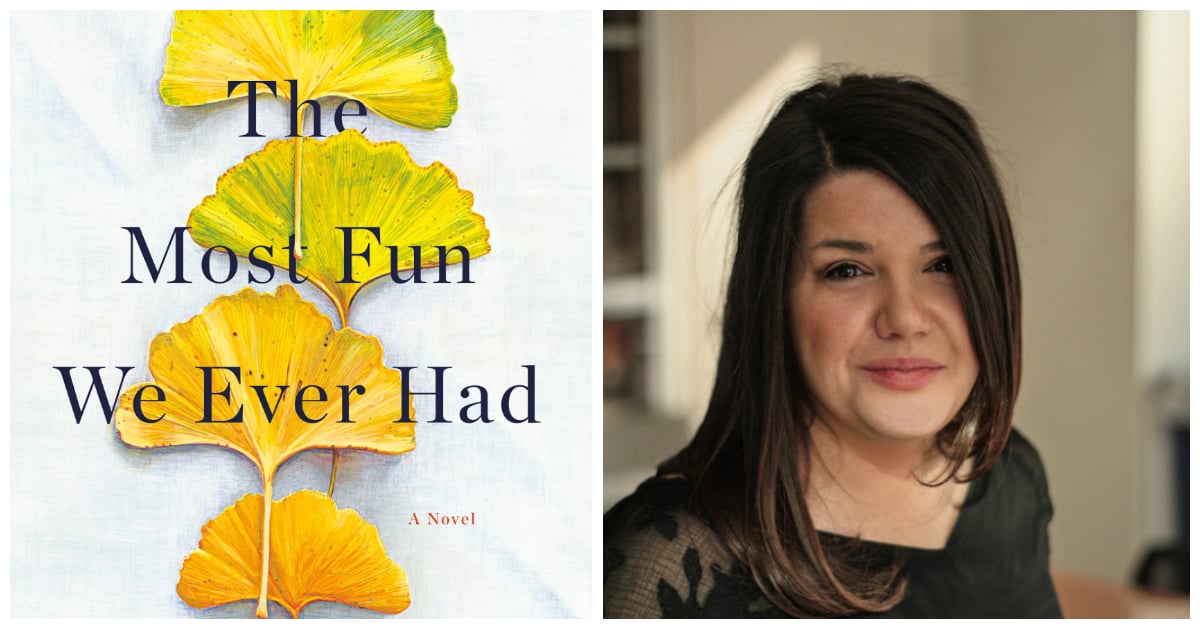 Claire Lombardo's debut novel, The Most Fun We Ever Had, is getting transformed into its very own HBO series. The beloved book chronicles the lives of four adult sisters living in the Chicago suburbs as well as their parents — Marilyn and David Sorenson — who seem to have a picture-perfect marriage but prove that not everything is as it seems on the surface. A coming-of-age story in many ways, The Most Fun We Ever Had touches on family relationships, marriage dynamics, and how to survive tragedy. After being released in June 2019, it completely took off, making Lombardo a New York Times bestselling author.

Now, Amy Adams and Laura Dern have officially agreed to produce the multigenerational series, with 30-year-old Lombardo tapped as a co-executive producer. We caught up with the author about her experience writing the book, as well as how the show's development is going.

POPSUGAR: Was The Most Fun We Ever Had based on your life or rooted in personal experience?

Claire Lombardo: I am the youngest of five kids, so there are some similarities in terms of family structure, but plot-wise, it's not an autobiographical novel. There's nothing that overlaps with my own life. As someone with three sisters and a brother and I think growing up in that type of environment shaped me into the writer that I've become — one who is obsessed with human dynamics — and very much the observer in a lot of ways. I was a very quiet, sort of nerdy kid who was kind of just fascinated by my siblings, and so I think a lot of my obsession with my own family dynamics fueled my writing of this book, if that makes sense.

PS: What was the writing process like for you from start to finish?

CL: It definitely took me a few years. I wasn't writing full-time. I was a student for a while, and then I was in graduate school for social work, and I found myself coming home in the evenings and working on this book instead of doing what I was supposed to be working on. I dropped out of [social work] school halfway through my program and decided to apply to MFA programs. There was a layover year where I was a nanny for a while — I had these weird office jobs, and then I came to the writer's workshop with a draft. I was probably working on [the book] for at least two years.

"I sat down and he said, 'We have a problem. All of these women sound exactly like you. I can't really tell them apart.'"

PS: How did you manage to create characters who were clearly related but so incredibly different from each other?

CL: I think it was difficult even just in terms of voice. I remember meeting with the novelist Allan Gurganus, who had read the very beginning of the book, and he and I sat down and he said, "We have a problem. All of these women sound exactly like you. I can't really tell them apart." This was a very early draft, but he was right, because I tend to be a voicy writer and I definitely have a linguistic affectation. From that point, I became very aware of trying to create these distinctive women. On a very elementary level, I would just put Post-its above my computer and with a couple of adjectives describing each of the sisters.

PS: What was your favorite character to write and why?

CL: I think Wendy was the most fun to write. She gets to say whatever she wants, and she's the comedic relief. She's the instigator. I would say the marriage of David and Marilyn came the easiest to me just because I loved them so much. They've always been sort of the heart of the book for me.

PS: How did you react when you found out they were turning the book into a series?

CL: I was literally in a cornfield when my agent called. I had just moved from Iowa to Philadelphia, PA, and I remember her saying, "HBO is interested in the book." And I said, "Who's HBO?" It didn't even register. It was really exciting and very unexpected because this book was such a solitary, somewhat agonizing thing at times. I was just alone with it for so long.

PS: How far along are you in the screenwriting process? Are you getting help from anyone?

CL: I'm executive producing and working on the pilot with Anya Epstein, who is a TV writer and wrote for In Treatment and The Affair. It's been a collaborative effort. She's been showing me the ropes, and it kind of makes the writing process less lonely. It's really fun to have another person who knows what she's doing.

Although there's no hard date for the show's premiere just yet, you can score The Most Fun We Ever Had ($17) on Amazon!