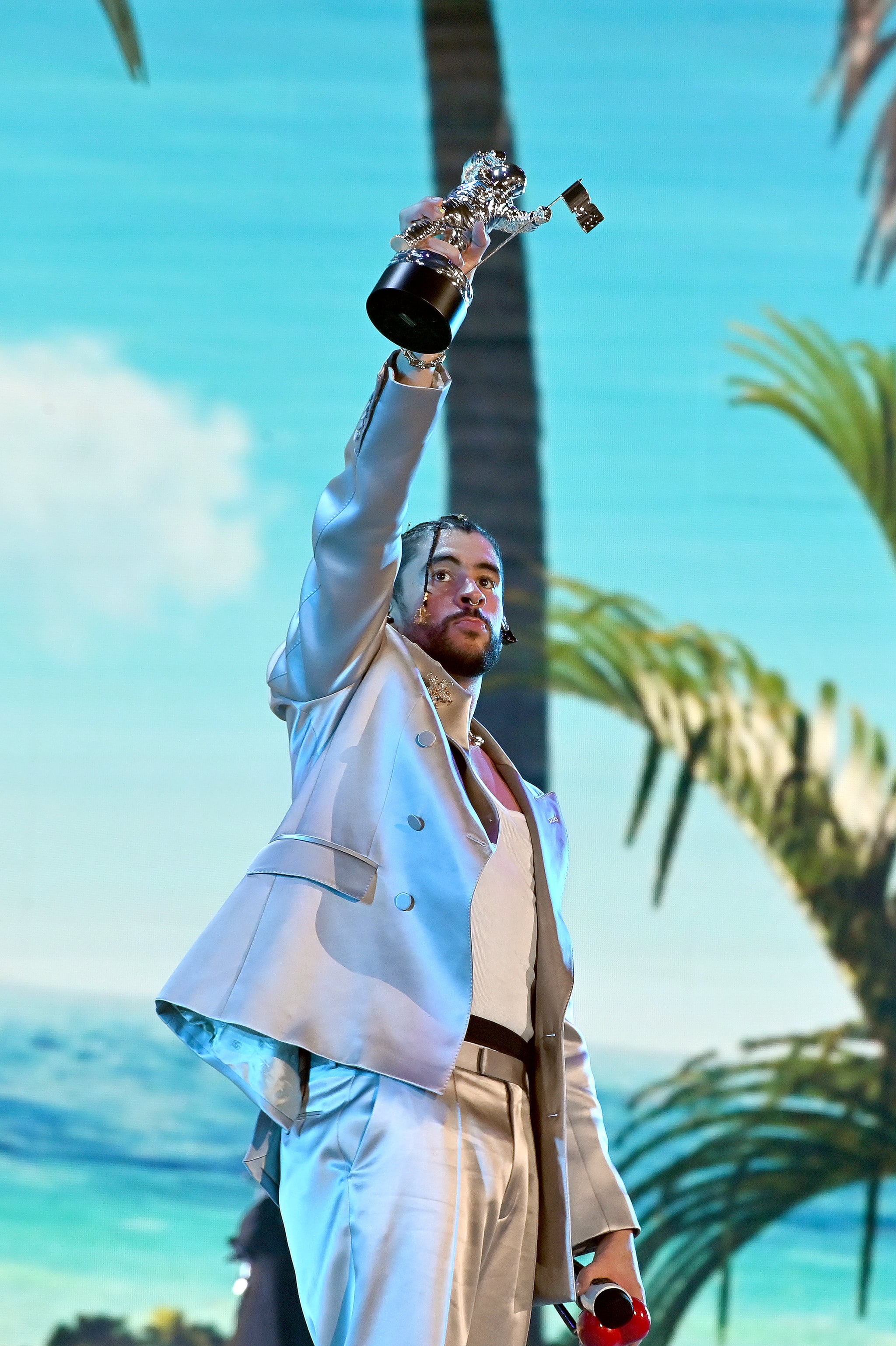 Bad Bunny took home the award for artist of the year at this year's MTV VMAs. The 28-year-old global superstar was up against major contenders including Ed Sheeran, Drake, Harry Styles, Jack Harlow, Lil Nas X, and Lizzo.

To celebrate his win, Bad Bunny performed "Tití Me Preguntó," though it was telecast from his tour stop at Yankee Stadium in the Bronx in New York. After the performance, Carmelo Anthony presented him with the award. Bad Bunny is now the first non-English-language artist to win in the category.

Bad Bunny joins past artist of the year winners including Justin Bieber, Lady Gaga, and Ariana Grande. At this year's MTV VMAs, which saw performances from artists like Lizzo and Blackpink, Nicki Minaj was also honored with the 2022 Michael Jackson Video Vanguard Award.