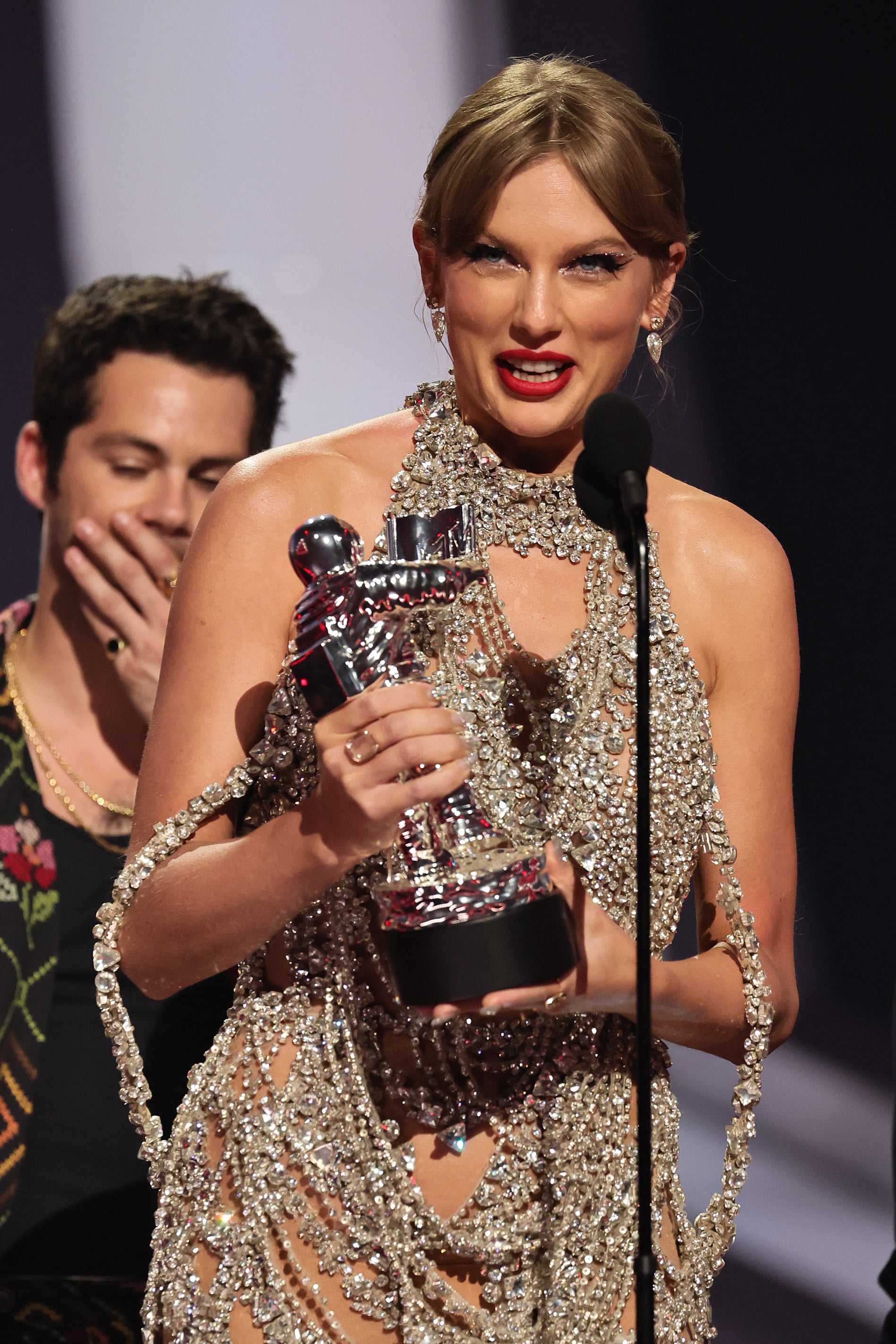 Taylor Swift won the award for video of the year at the 2022 MTV Video Music Awards on Aug. 28 for "All Too Well: The Short Film," and she used the opportunity to announce a brand-new album coming this fall. Swift took the stage with some of the people who helped make the video — actor Dylan O'Brien, cinematographer Rina Yang, and producer Saul Germaine — for her big moment.

"I'm so honored to have been recognized alongside such amazing artists and directors in this category, and I just want to say I'm so heartened by the fact that for the first time in VMA history, four of the directors nominated in the video of the year category are women," Swift, who directed and wrote the video, said. She continued, "You guys, I'm just so proud of what we made, and I know with every second of this moment that we wouldn't have been able to make this short film if it weren't for you, the fans, because I wouldn't be able to rerecord my albums if it weren't for you. You emboldened me to do that, and I had sort of made up my mind that if you were going to be this generous and give us this, I thought it might be a fun moment to tell you that my brand-new album comes out October 21, and I will tell you more at midnight."

Earlier in the night at the VMAs, Swift won for best longform video and best direction. Her appearance at the award show was not previously announced, so when she hit the red carpet, fans wondered if she was going to use the moment as a chance to make a big announcement.

The other nominees for the video of the year VMA were Doja Cat's "Woman," Drake's "Way 2 Sexy" (featuring Future and Young Thug), Ed Sheeran's "Shivers," Harry Styles's "As It Was," Lil Nas X and Jack Harlow's "Industry Baby," and Olivia Rodrigo's "Brutal."

Lil Nas X won video of the year last year for "Montero (Call Me by Your Name)." Swift previously won in 2019 for "You Need to Calm Down" and in 2015 with Kendrick Lamar for "Bad Blood." No one else in the category had won before.