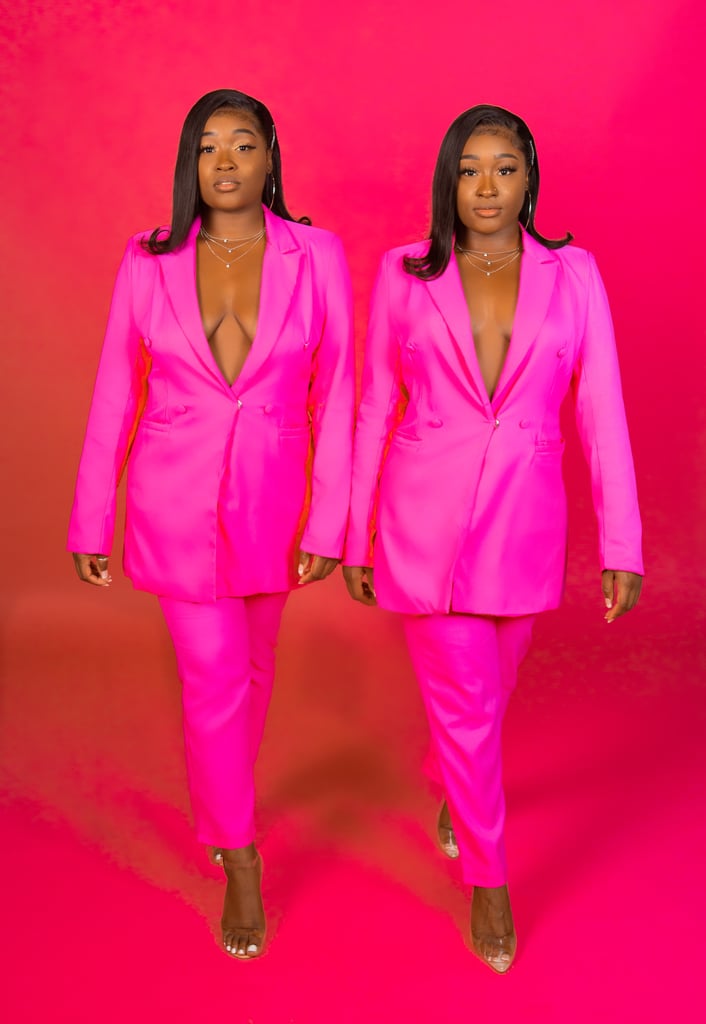 You know those people who just radiate positivity? The ones who seemingly descended from the sun itself because they exude a light so bright, you forget that darkness even exists? Shayné and Zhané Stanley are practically the co-presidents of that group. The identical twin sisters, known by their one million followers as the Nae Nae Twins, have carved out their own niche within the saturated world of TikTok dancers, delivering synchronized routines that'll have you continuously scrolling down their page for hours on end. (Yep, speaking from personal experience here, people!)

The 26-year-old Sacramento natives joined the ranks of viral TikTok all-stars last year when their dance challenge for Megan Thee Stallion's "Savage Remix," seen below, reached the masses. Mere hours after Meg dropped the track in late April, Shayné and Zhané worked their magic and whipped up a synchronized routine set to Beyoncé's verse, and it quickly became ubiquitous on the app. In fact, even Megan herself noticed the dance and wound up taking on the challenge — twice.

Not sure why @tiktok took this down.. #savage #savageremixchallenge #savageremix #beyhive #megtheestalllion #beyonce #dance #twins (dc: us)

Of course, life didn't go back to normal for the Nae Nae Twins after their moment in the spotlight — new followers poured in, and along with them, an ongoing flurry of brand partnership opportunities. I had the chance to catch up with Zhané and Shayné about what led them to viral stardom and can confirm it was the single most enjoyable phone conversation I've had in my 26 years of life. They contagiously laughed in tandem, frequently finished each other's sentences, and ultimately secured my status as a life-long member of their so-called Naetion.

Ahead, read through our enlightening conversation about the pressure of having more than one million dedicated followers, their process for creating dance routines, what it's like to work with family, and so much more. And while you're at it, be sure to hit them with a follow on TikTok (@ naenaetwinsofficial), Instagram (@naenaetwins), and YouTube (NaeNaeTwins).

Parenting
Julia Fox on Postpartum Depression: "Moms Will Get This. Everyone Else Will Not."
by Yerin Kim 15 hours ago