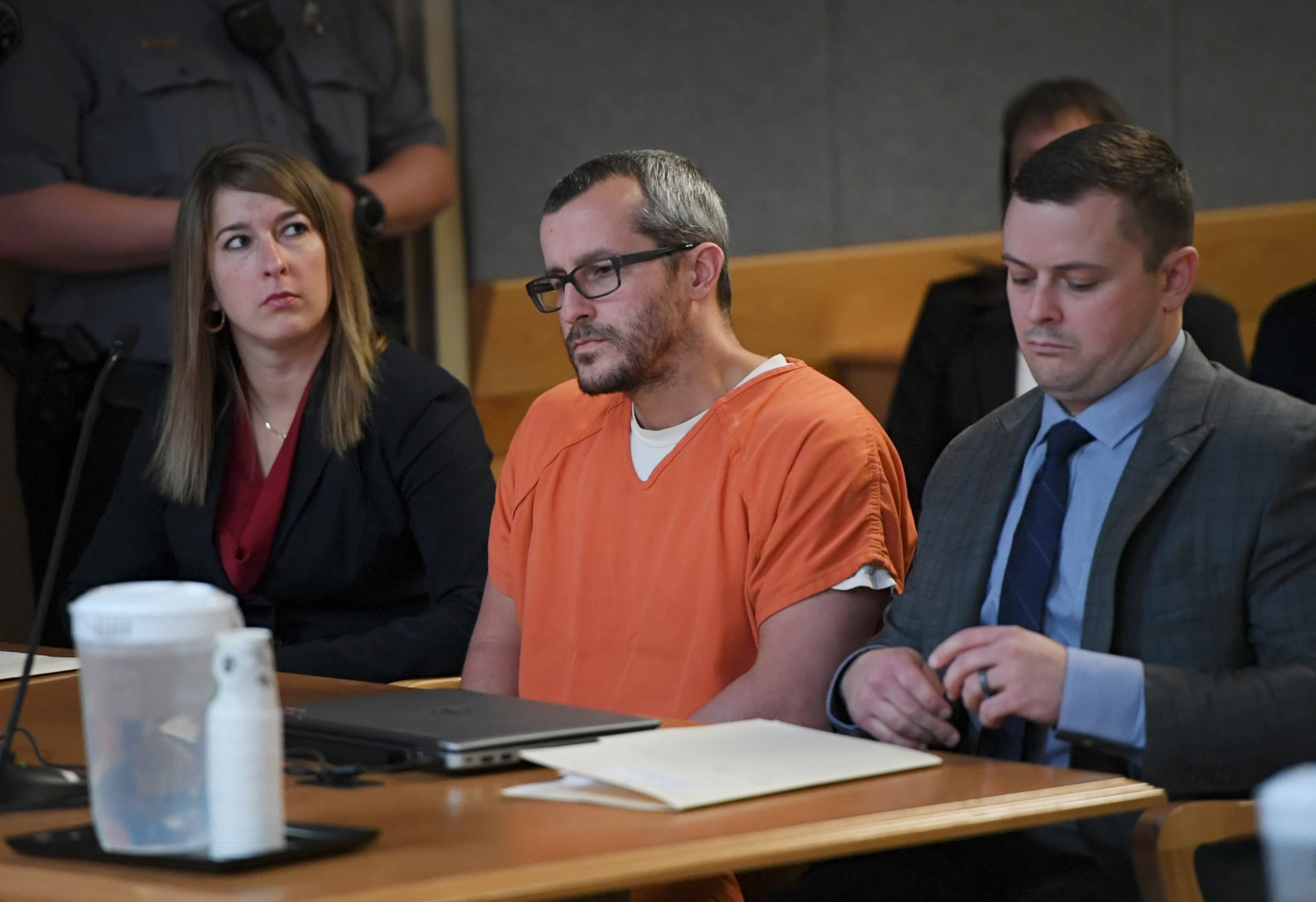 Netflix's newest true-crime documentary, American Murder: The Family Next Door, takes an in-depth look at the Chris Watts case and the chilling moments that led up to him murdering his entire family. In 2018, Chris's wife Shannan Watts and their two daughters — 4-year-old Bella and 3-year-old Celeste — went missing in Frederick, CO. Told entirely through archival footage, the documentary — which will premiere on Sept. 30 — takes a close look at the subsequent investigation with Chris as the primary suspect.

Once Shannan and the children had been missing for several days, Watts was taken in for questioning by the Colorado Bureau of Investigation (CBI). During the examination, Chris was given a polygraph test — or lie detector test — to help determine his level of involvement in the case. Chris denied any claims that he had anything to do with Shannan's death or the deaths of their children, and insisted he had no knowledge about where they were. In a 2018 Lifetime documentary titled Chris Watts: Confessions of a Killer, CBI agent Tammy Lee, who issued Watts's polygraph test, explained that he was being wildly untruthful during the examination, as proven by his polygraph score. "The type of testing format that I used, we would consider someone to be deceptive if they were a -4 or below," Lee said. "Chris Watts scored -18."

Despite failing the test, Chris insisted that he had been truthful, leading some to question the reliability of lie detector tests. In the past, crime investigations have often relied on polygraph exams to rule out any suspects and move the case forward. But over the years, officials have debated the validity of polygraph tests on the basis that, "there is no evidence that any pattern of physiological reactions is unique to deception," according to a report published by the American Psychological Association in 2004.

Related:
Did Any of the Crimes on Netflix's Ratched Actually Happen? Here's the Deal

Chris Watts's polygraph score aside, the investigation provided enough additional information to result in his arrest. Watts was eventually sentenced to serve five life sentences without the possibility of parole on Nov. 19, 2018. To find out more about the investigation, you can watch the full American Murder documentary when it hits Netflix on Sept. 30.