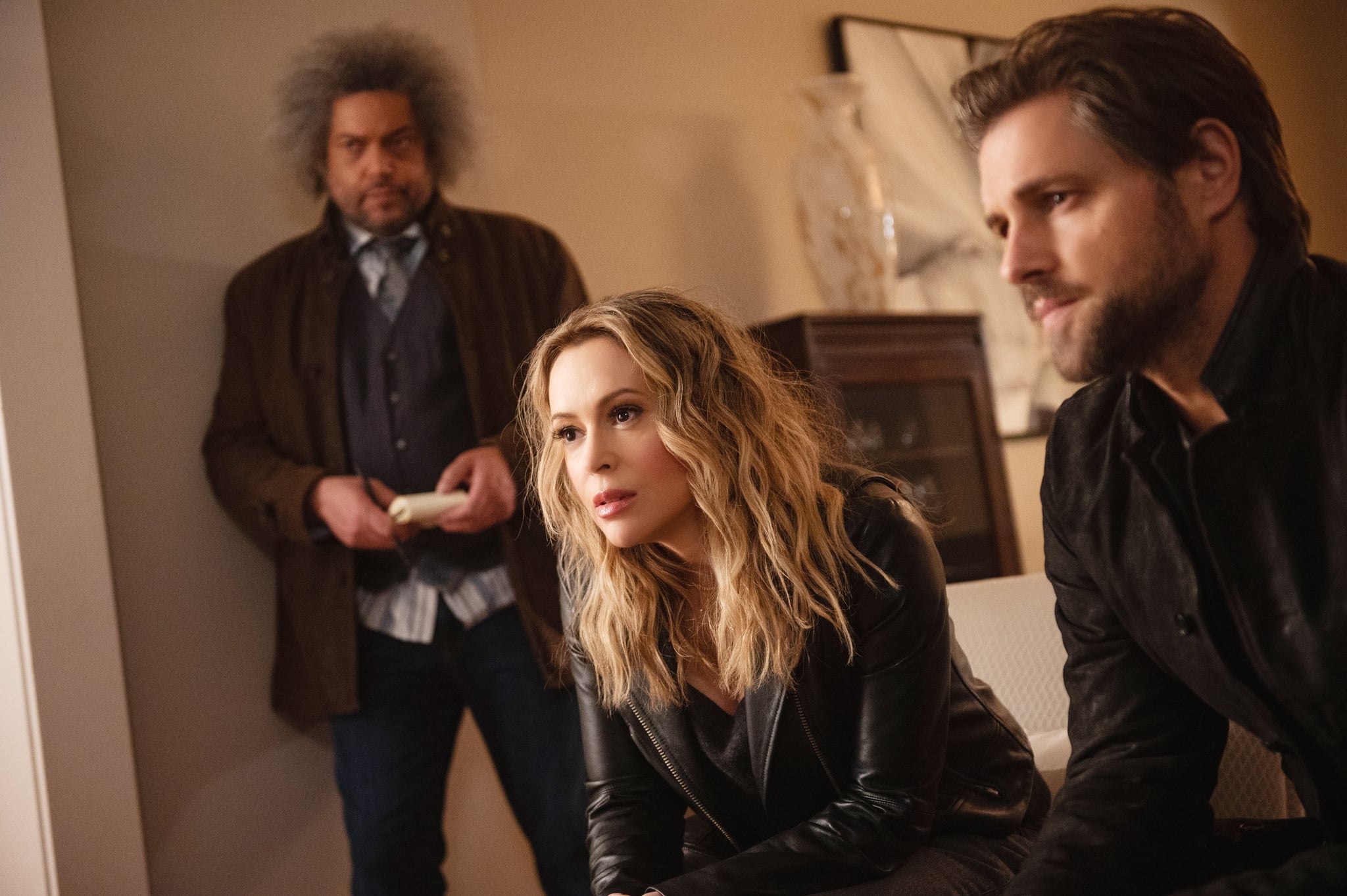 As the new year begins, it's clear Netflix is bringing us more exciting films and TV shows to escape into, so it's time to cozy up on the couch, pop some popcorn, and watch the newest murder mystery on screen with Brazen!

Based on the 1988 romance novel Brazen Virtue by Nora Roberts, Brazen, which dropped Jan. 13, follows the story of Grace Miller (Alyssa Milano), a bestselling mystery writer whose sister is murdered while Grace is visiting her in D.C. When her sister's secret life as a webcam performer is revealed, Grace becomes enthralled in the case and tries to solve her murder and put the killer behind bars for good. After all, she studies and writes about murder cases all the time — what could possibly go wrong?

Whether you're a fan of book adaptations on Netflix or not, Brazen's ending gives viewers the murder-mystery satisfaction fans love with a hint of romance. But almost every homicide has so many questions to answer that viewers can lose track, so let's uncover those clues, follow those tracks, and solve the case of that mysterious and murderous ending!

How Does Grace Help the Police in Netflix's Brazen?

After Grace's sister, Kathleen Miller-Breezewood (Emilie Ullerup), is murdered in her own home, it isn't just their sisterly bond that wills Grace to get involved in the investigation. Her experience as a mystery writer and profiler, her knowledge of Kathleen's personal life, her ability to gather information from sources, and her "instinct for motive" (as she describes it) convince the town police department to let her contribute to the case. Of course, it also helps that Grace has a flirtatious relationship with the department's homicide detective, Ed Jennings (Samuel Page), who just so happens to be her sister's handsome next-door neighbor. 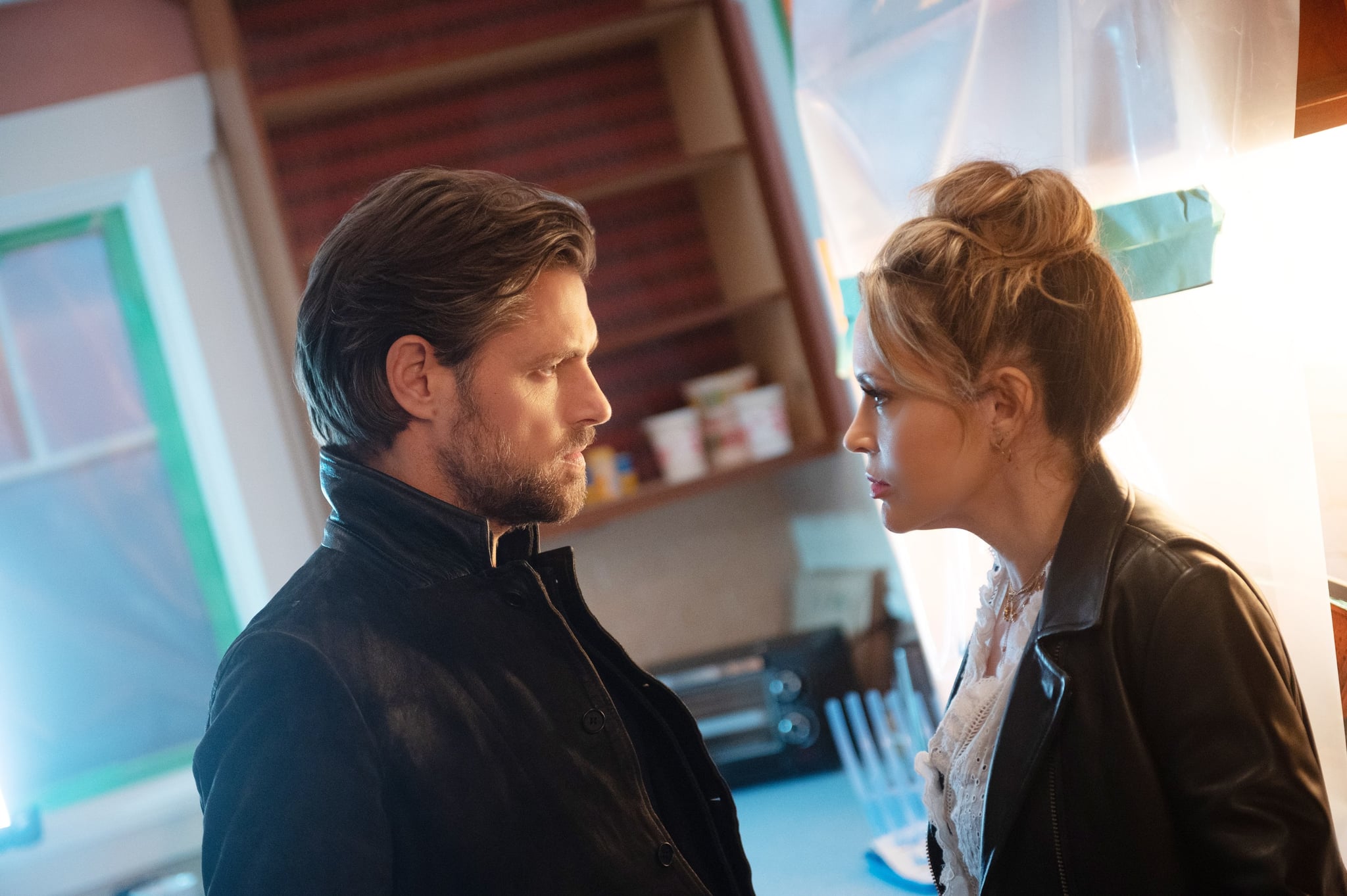 These factors lead to Grace slowly helping Ed and his colleague Ben (Malachi Weir) find clues, interview suspects, and give insights. Grace didn't know about Kathleen's secret life as a webcam dominatrix for a company called Fantasy Inc. until the police told her, but Kathleen's work only adds to the case's mystery for Grace to solve. Not long after Kathleen is murdered, two more dominatrices for Fantasy Inc. are killed and attacked in similar ways. Grace, who writes murder mysteries about women who confront the patriarchy, soon realizes they have a serial killer who targets powerful women who make men feel vulnerable on their hands.

Who Killed Kathleen Miller-Breezewood, AKA Desiree, in Netflix's Brazen?

When Kathleen is killed, her online persona as Desiree leads police to believe she could've had a stalker who somehow tracked down her real identity and location. At first, Grace thinks Kathleen's ex Jonathan killed her because Kathleen had evidence of him stealing money from her trust fund and planning to use it to gain custody of their son, Kevin. But two more attacks on dominatrices (the second of which was recorded, revealing the killer called the victim "Desiree"), suggests other, less personal suspects from Kathleen's real life who might've been obsessed with her, like troubled high school student Rand Morgan.

Rand looks suspicious to Grace and the PD after the third dominatrix who was attacked but survived, Bethany Knowles, describes her attacker as a young, white male with unusual strength, and while he was masked, he wore an expensive gold watch. Rand has the same size shoe as the killer (based on the footprints they found at the scene of each crime), a spot on the school's wrestling team (Kathleen and the other victims were strangled to death), and a similar gold watch (a gift from his wrestling coach, who bought them for the entire team), and Kathleen was his English teacher (he was fond of her caring nature toward him when he struggled in school). When Grace finds a threatening note with flowers brought to Kathleen's funeral, the police trace the credit card number back to Rand's father, leading them to question Rand, search his house, and ultimately arrest him.

Earlier in the movie, before Rand is a potential suspect, they talk to Billy Sachs (Aaron Paul Stewart), a janitor at the high school who knew Kathleen's secret because his cousin Richie Gorman (Jack Armstrong) told him. Richie works for Fantasy Inc. and knows all of the performers' identities, and when the police interrogate him, he swears he didn't tell anyone else who Desiree was. Billy eventually tells Grace that Richie is actually Rand's partner. Based on that, Richie likely also told Rand who Desiree was, which would've given police more of a reason to suspect Rand, but that's when the tables turn. In school, Rand figures out that one of his wrestling teammates, Jerald Baxter (Matthew Finlan) — who just so happened to have his same shoe size, same gold watch, and same former English teacher — was obsessed with Kathleen. When Rand accuses Jerald, the two wrestlers get into a fight so bad, Rand has to go to the hospital. When Rand tells Grace and the police what happened, all signs now point to Jerald being the murderer.

Why Did Jerald Baxter Kill Kathleen in Netflix's Brazen?

Clues that point to Jerald as the killer are small, but they are present if you dig into the psychology a little bit. In the movie, Jerald is the son of Missouri State Senator Martha Baxter (Colleen Wheeler). Their mother-son relationship is depicted as strict and controlling, so the fact that Jerald perceived Kathleen as more of a mother figure makes sense. Even though their relationship was only ever teacher-student, his interactions with Grace and the police throughout Brazen seem suspicious and borderline obsessive. Turns out, when he overheard Billy ask Kathleen about her second life as Desiree, he hacked into the Fantasy Inc. website, found her page, and became angry because her dominance in that world made her less innocent to him in his world. 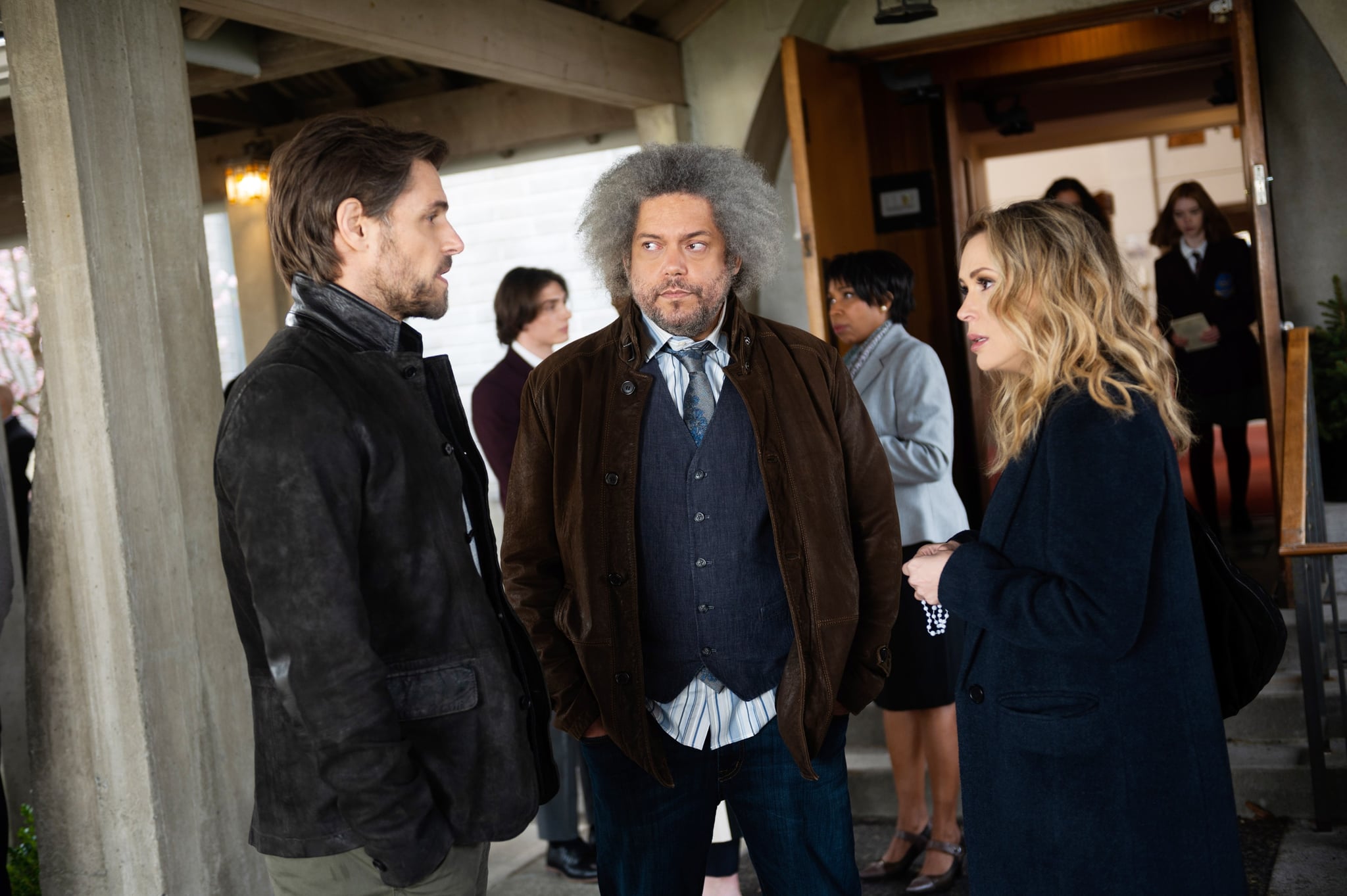 How Do Grace and the Police Solve the Case in Netflix's Brazen?

In hopes of luring the killer into a trap, Grace convinces the police and Fantasy Inc. to let her pose as Desiree on camera, pretending to be her sister's dominatrix character while the PD set up surveillance in the house. Her performance doesn't work after the first try, but by the time Grace is ready to disguise herself a second time, the police have mountains of evidence stacked against Jerald. They head off to his mother's house to arrest him and tell Grace she can cut the act, but Grace's instincts know better — while Ed and the PD leave to find the house, she patiently waits for Jerald, who inevitably shows up to kill her.

Jerald reveals his obsession with Kathleen to Grace, confessing to the crimes he committed, like murdering Kathleen and the other dominatrices and framing Rand for his murders by sending the flowers with the card and buying them with a different card, knowing the police would suspect Rand first for all of the things the boys had in common. Jerald even tells Grace he had planned to kill her and then push his mother down the stairs to escape her control over him. His confessions are recorded live on Grace's webcam that she purposefully set up before Jerald arrived. Angry, Jerald attacks Grace and almost shoots her with the gun that Kathleen hid in her bedroom. But just in time, Ed races in and shoots Jerald.

With the murder cases solved, Grace and Ed move in together and, apparently, live happily ever after.