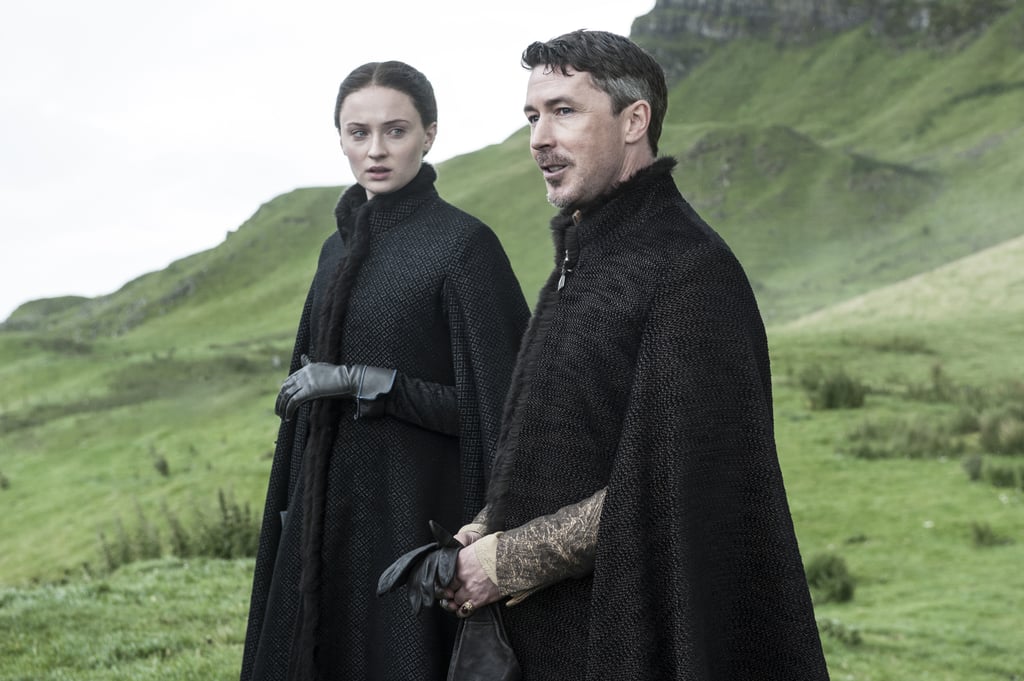 Sansa and Littlefinger's Conversation in the Winterfell Crypt

In season five episode "Sons of the Harpy," Littlefinger and Sansa have a conversation in the crypt below Winterfell about Sansa's deceased aunt Lyanna. Littlefinger recounts the event that predates Game of Thrones (by, oh, about how old Jon Snow is): the tourney at Harrenhal. Prince Rhaegar gave roses to Lyanna, not his own wife, Elia, insulting plenty of people, including Lyanna's betrothed, Robert Baratheon. "How many tens of thousands had to die because Rhaegar chose your aunt?" asks Littlefinger, and Sansa replies, "Yes, he chose her, and then he kidnapped her and raped her." This is what everyone in Westeros has believed for years, yet they don't discuss whether a child came from that union, rape or not (or whether she may have died in childbirth). It's an echo of the conversation Ned and Robert Baratheon have in the series premiere, and bringing the focus back to these two characters was a big hint that they're actually Jon's parents.