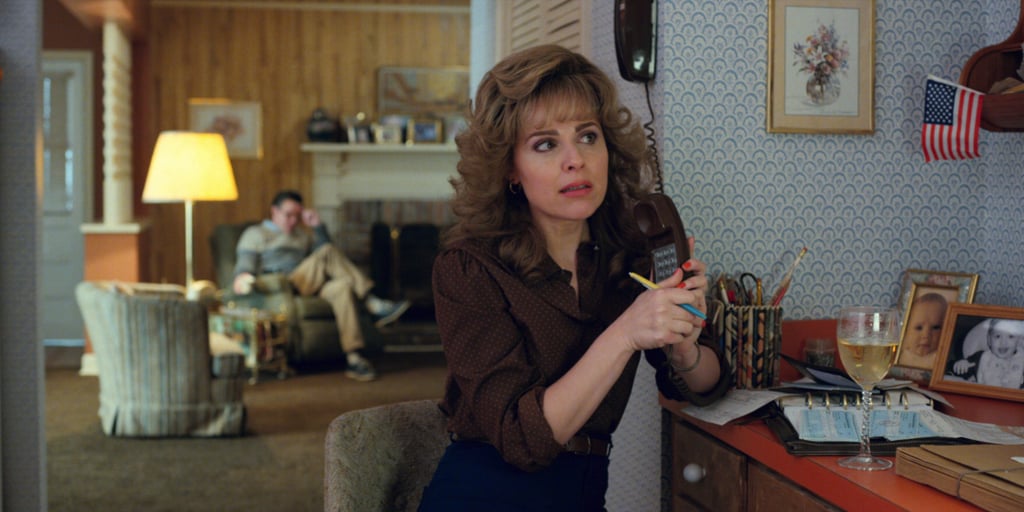 Steve and Dustin's friendship might have been unexpected, but the connection that took us most by surprise was the immediate spark between Billy and Mrs. Wheeler. The scene is very brief — Billy comes to the Wheelers looking for his sister and has a flirty conversation with Mike's mom, Karen — but according to Levy, something legitimate might be in the cards for them. "We have much more story for Karen that is linked to her discontent and her dissatisfied sexuality," he said. "I think that makes her vulnerable to all kinds of things in season three." And just what are these "things" that Levy mentions? Let's pray it isn't anything sinister.

Cara Buono, who plays Mrs. Wheeler, revealed that she's excited to get to the root of Karen's discontentment saying, "I think [the Duffer brothers] have been talking about tapping into really who she is. Is she more than just the 'happy' homemaker?" We'll have to see exactly how her flirtation with Billy plays into that.

Celebrity Families
Olivia Culpo Recalls an Ex Who Did "Really Horrible, Horrible Things" to Her in "The Culpo Sisters" Trailer
by Monica Sisavat 1 hour ago