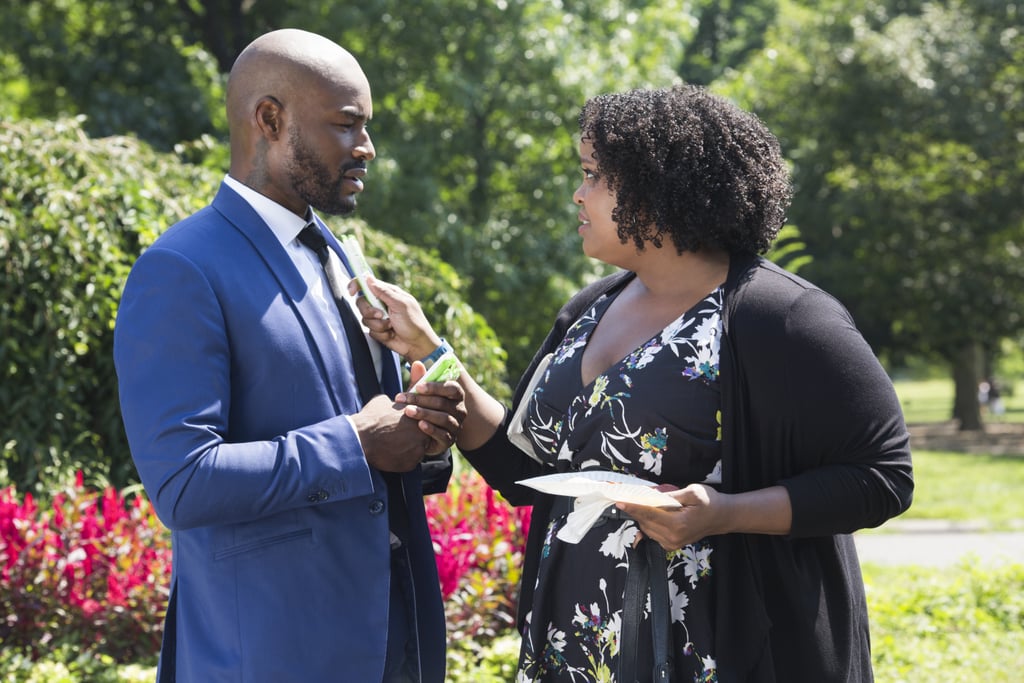 "In the weeks leading up to the premiere of The Characters, Netflix touted the sketch series as 'outlaw comedy,' giving eight rising stars in the comedy world each 30 minutes to create their own hilarious world. Starring comedians like John T. Reynolds, Kate Berlant, John Early, and Natasha Rothwell, every half-hour episode is smart as hell and an utter delight. Of all the episodes, Rothwell's is an easy favorite thanks to a riff on Game of Thrones spoilers and a spot-on rap about basic b*tches with Saturday Night Live's Cecily Strong ('Got The Bachelor and Shonda on my DVR / I order a vodka cran at every bar')." — Quinn Keaney, assistant editor

Netflix
Next in Fashion: Meet the Hosts and Guest Judges of Netflix's Hot New Series
by Simone Williams 22 hours ago