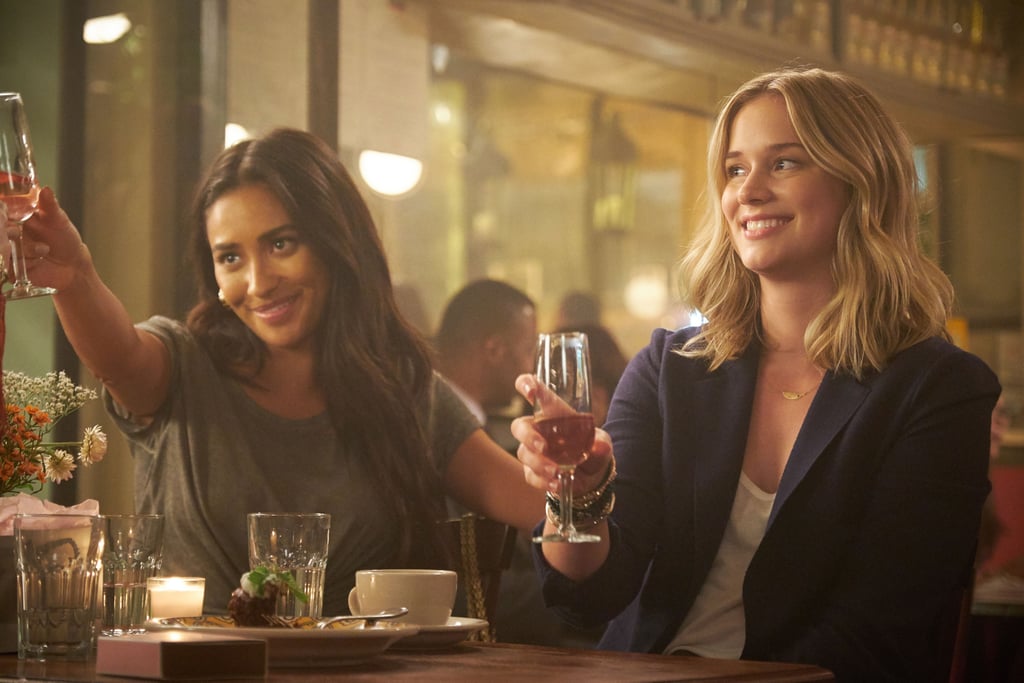 Beck has a trio of close friends, but none of them are closer to her than Peach Salinger (played by Shay Mitchell in the TV show). Peach comes from a wealthy family and uses her money to manipulate Beck, who doesn't have much of her own. Eventually Joe begins to see Peach as a threat once he and Beck start dating, and his suspicions are confirmed when he finds an illicit box of photos of Beck in Peach's bedroom that Peach took in secret; Peach very much likes Beck as more than a friend.

Peach is extremely clingy and dependent on Beck, constantly having her do her bidding and subtly trying to undermine her relationship with Joe. Because of that, Joe follows her on a morning run through Central Park, tackles her out of sight, and hits her in the head with a rock. He thinks he's killed her, but really he's only made the situation worse (for himself) — Peach survives and Beck ends up even more dedicated to being by her side at all times.

Toward the end of the book, when Beck and Joe have broken up, Joe follows Beck up to Rhode Island, where she's staying with Peach alone in the Salinger's Summer home. He watches Peach make a move on Beck through the windows, which Beck rebuffs. The next day, when Peach goes for a run on the beach, Joe again tackles her and this time succeeds in killing her; he fills her running jacket with rocks and throws her body off a jetty.

TV
Who's Dating Who on Euphoria? A Breakdown of Every Messy Relationship
by Mary Everett 11 hours ago