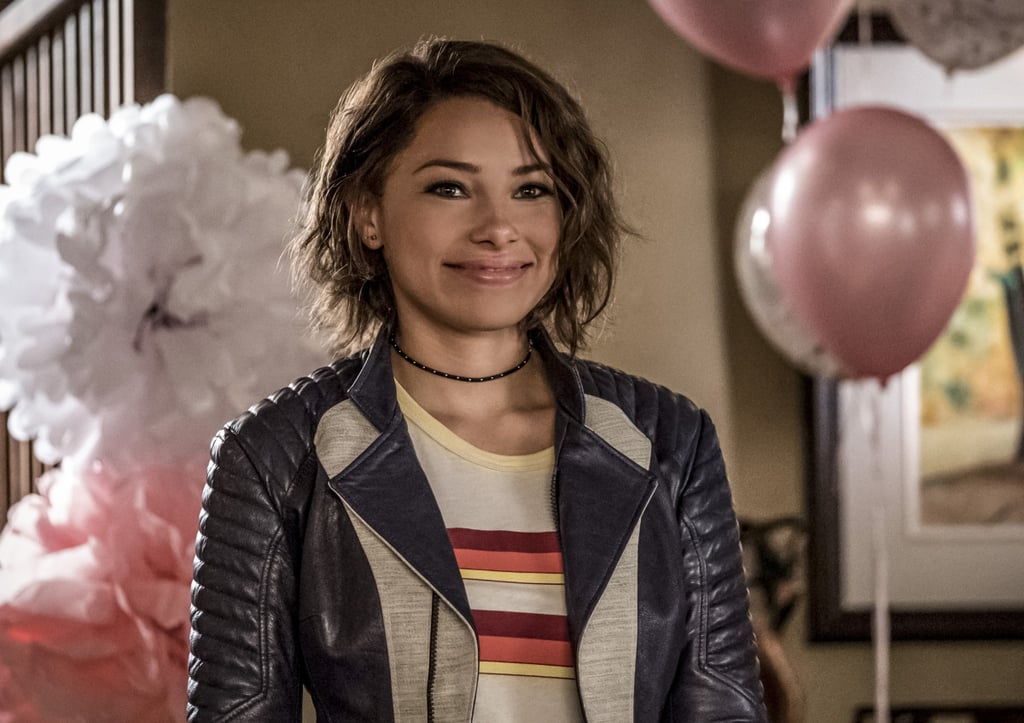 Barry and Iris's Daughter Travels Back in Time

This is probably the biggest indicator of what's to come in season five. Throughout season four, we see Barry and Iris's daughter pop in and out of scenes — Barry and Iris's wedding, the coffee shop, etc. — but as the season progresses, her run-ins are much more deliberate, and we find out that she's also a speedster. It isn't until the last episode that her identity as Nora West-Allen is revealed, after she zooms in to help Barry punch a falling satellite heading for Central City. Later, when she shows up to Joe's house when they're all celebrating the victory, she leaves us with the chilling last line, "I'm your daughter, Nora, from the future, and I think I made a big, big mistake." For those who know how trippy The Flash can get, it's safe to say that Nora more than likely messed something up in the space-time continuum when she traveled back to help Barry. We'll have to see what the adverse affects will be — there are bound to be a ton.

America's Next Top Model
Toccara Jones Is Back With Thick House, a New Curve Model Reality Show
by Marquia Walton 10 hours ago