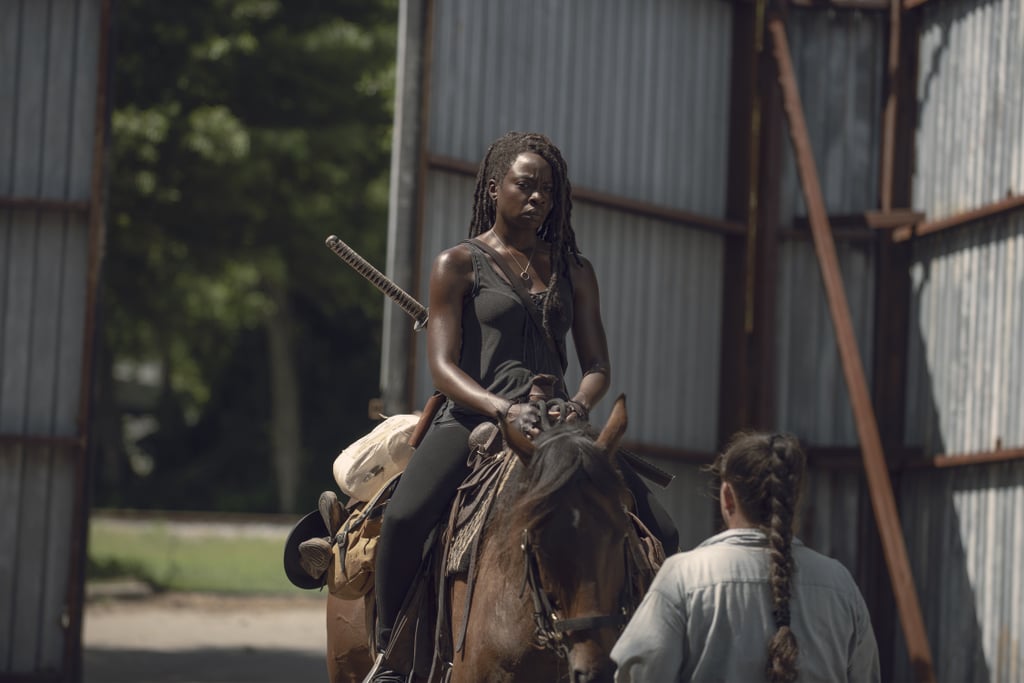 Michonne "Trust No B*tch* Grimes Is Playing No Games

It's safe to say that the six years have changed Michonne a bit, and we're not just talking about the badass haircut. She's lost two sons, lost the love of her life, and has to raise both Judith and her son with Rick (that's right, Richonne had a baby!) as a single parent. Michonne has understandably hardened herself to focus solely on her roles as a mother and head of security for Alexandria. As showrunner Angela Kang told The Hollywood Reporter, "The Michonne of the new world is confident in who she is. She's extremely focused on safety and security. She's figured out a way to close off her heart in some ways to avoid hurt."

Her initial distrust for Magna and company is one borne from experience, which considering how many times Alexandria has been burned in the past, is not an outrageous reaction. While the rest of the council is more open to accepting the strangers, Michonne is wary, which she makes plain during the trial. She vaguely tells the community, "I remember," which could be alluding to anything considering how wild their past has been, but seems to reference something more recent. We have a feeling that something bad went down during the time jump and it resulted in the giant "X" scar on Michonne's back and Aaron's artificial arm. This could mean that Michonne's wariness come from a lesson learned the very hard way.