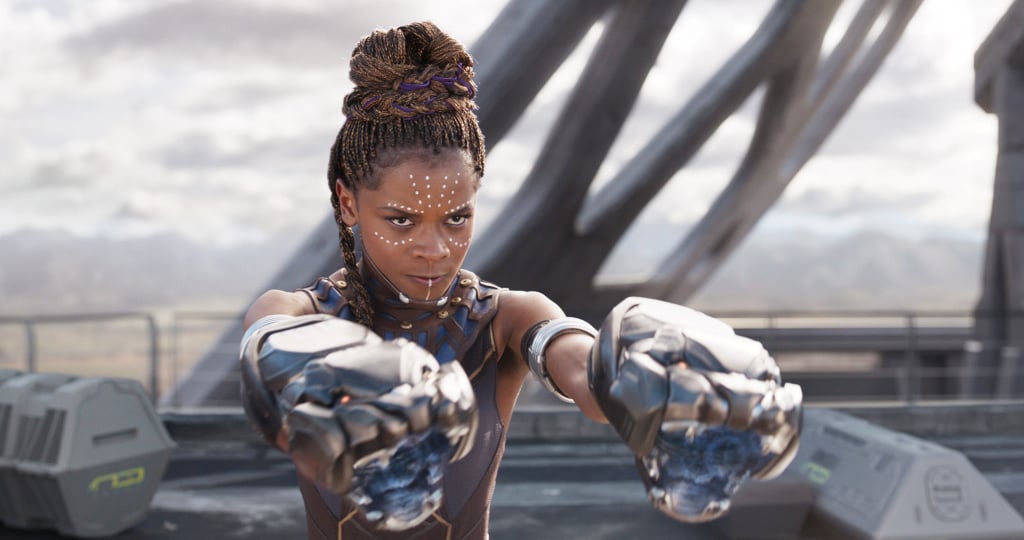 This film set the bar unbelievably high early on this year when it came to onscreen representation. Because of my intersectional identity as a woman of color, I had two responses to seeing this cinematic masterpiece in theaters. The first was to witnessing the beauty of black culture. The movie came right around the time a certain someone made offhanded remarks about African countries that perpetuated a notion of black inferiority. But Black Panther completely flips the script by depicting Wakanda, an African country I would absolutely love to live in, as a beautiful and technologically advanced land that has preserved its richness and balance by remaining hidden in plain sight. Huh, an African nation is secretly far more superior in resources and intellect than the rest of the world because it's untouched by colonial influence — see the irony? The Wakandans living and thriving in their own land, and throwing a bit of shade toward the "primitive" ways of the rest of the world, gave me a sense of pride in my culture that I honestly had never really felt while watching a movie before.

My second reaction was pure admiration for all the amazing women in the film. You have Nakia (Lupita Nyong'o), the dedicated activist who won't set aside her own goals and aspirations just to appease her love (and king), T'Challa (Chadwick Boseman). There's Okoye (Danai Gurira), the fearless leader of Wakanda's all-female Dora Milaje special forces, who almost drives a spear right through the love of her life just to protect the kingdom (I mean, COME ON). And then there's my personal favorite, Shuri (Letitia Wright), whose intellect is unmatched in the MCU — not even Bruce Banner and Tony Stark can compare — and who is totally prepared to hit the battlefield when necessary. There's a whole spectrum of black womanhood that's delineated, and there's a part of me that connected with each and every one of those women. Never have I felt so happy to be a black woman than the moment Okoye snatches off her wig during the fight in South Korea, throws it at her attacker, and uses her vibranium spear to throw him over a balcony in one swift movement. Iconic.