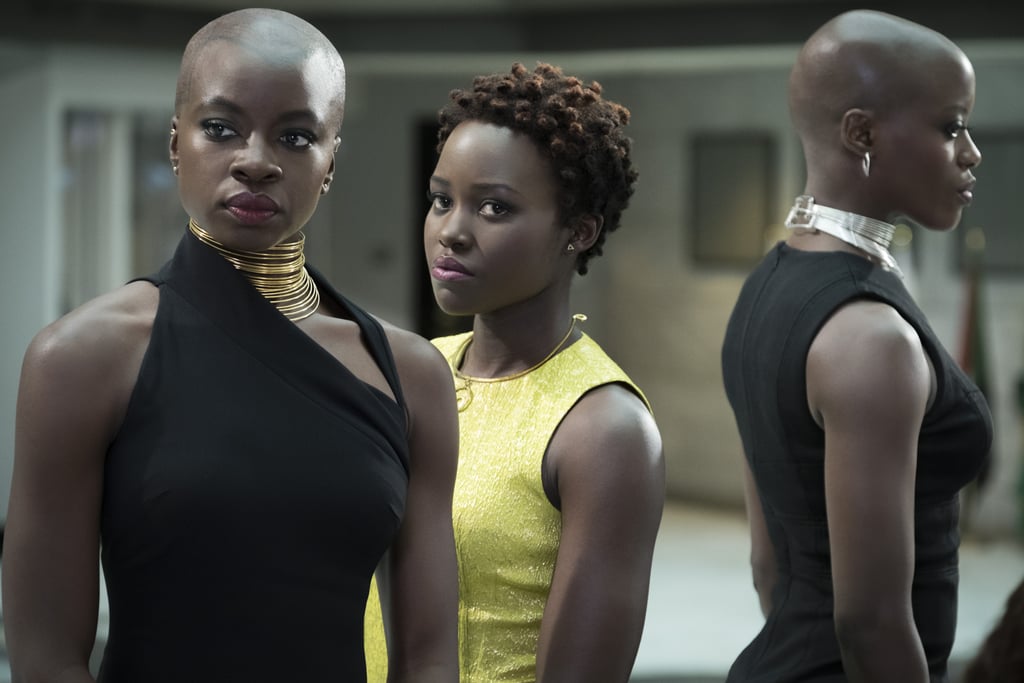 As a black person, it brings me pure joy to finally have a film like Black Panther. Not only does seeing a superhero who looks like me give me reason to celebrate, but the film also shines a positive spotlight on badass, black female characters who deserve praise. In the movie — which has already broken records — Ramonda, Nakia, Okoye, and Shuri (played by Angela Bassett, Lupita Nyong'o, Danai Gurira, and newcomer Letitia Wright, respectively) serve as the catalyst for Black Panther's success.

Make no mistake about it: these women are no damsels in distress. Nyong'o and Gurira's characters are members of an all-female team of bodyguards, known as the Dora Milaje, who kick ass and take names all while protecting the Black Panther as he attempts to preserve the fictitious land of Wakanda. Keep reading to see more photos of the aforementioned actresses in action, then check out these adorable photos of the cast hanging out that will make your heart swoon.

Related:
A New Black Panther Trailer Is Here, and You Might Want to Sit Down Before Watching It
Previous Next Start Slideshow
Black PantherLupita Nyong'oUnstoppableDanai GuriraMovies