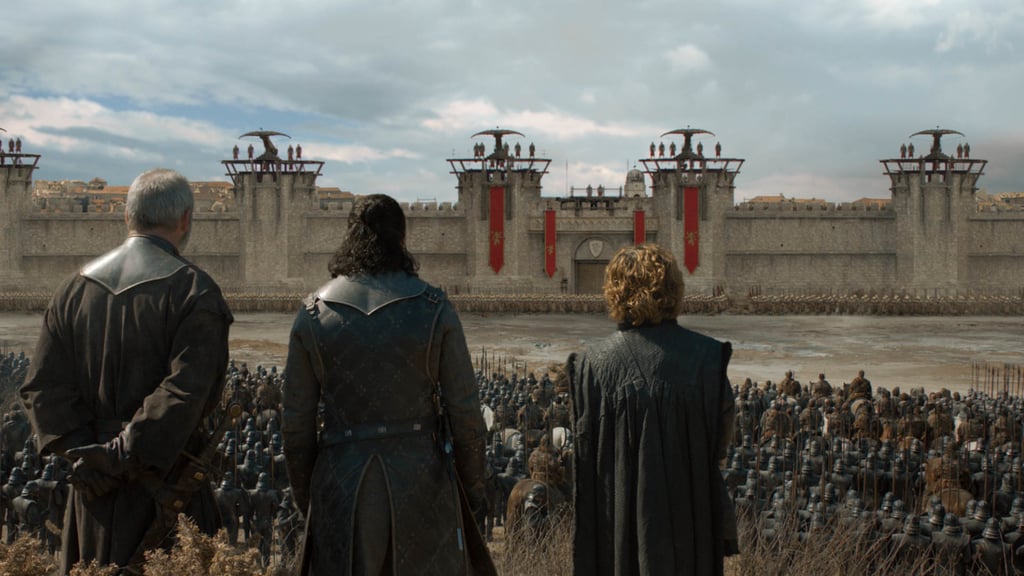 Why Does Cersei Even Let Daenerys's Forces Get That Close to King's Landing?

Since Cersei is well aware that Daenerys has the power of a fire-breathing dragon on her side, wouldn't it make sense that she'd decide to take out as many men as she could, instead? There have been multiple discussions about how the Lannister army and the Golden Company outnumber Dany's crew and the North. Why wouldn't the evil queen order her men to attack the smaller enemy force that arrives outside the gate of King's Landing, rather than having each army just stare at each other, waiting for a big ol' dragon to come flying in and f*ck sh*t up? Surely Cersei's army would've had an easier time going head-to-head with their foes before they were charbroiled by Drogon.