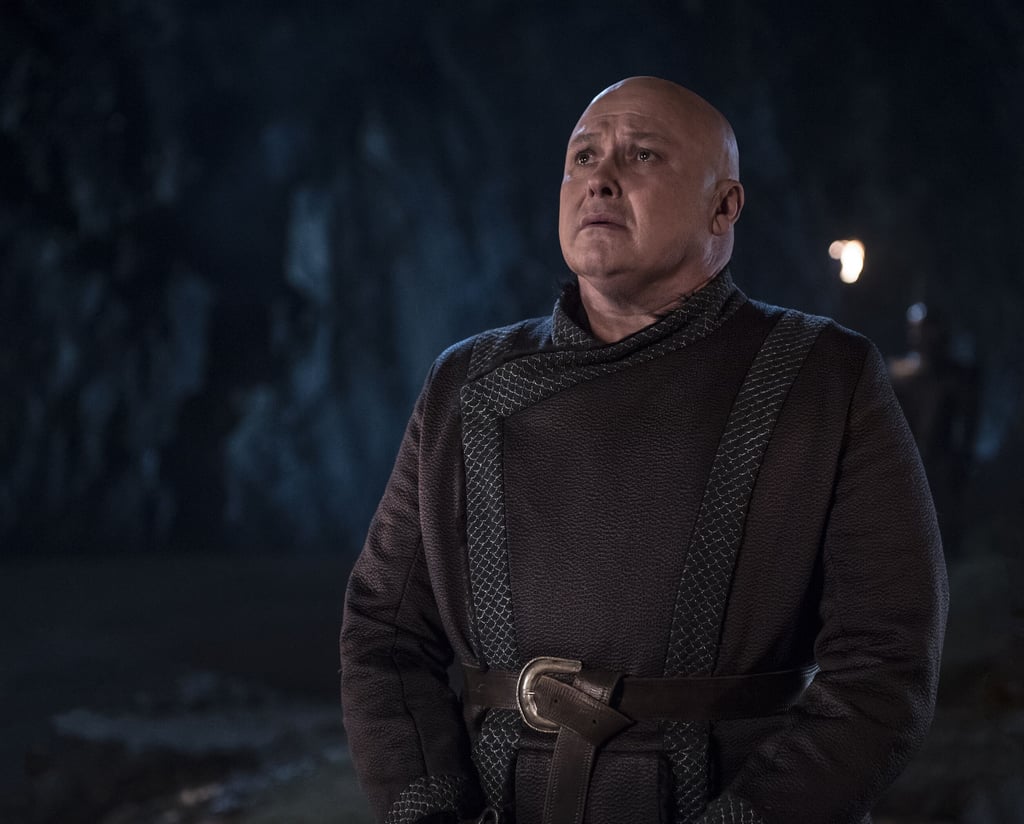 The fifth episode of the eighth season opens with Varys writing letters about Jon Snow's new birthright. Is it possible that after all her fire and brimstone, Daenerys takes the throne only to have the victory ripped from her when the other kingdoms rebel? While we don't have a clear answer who receives Varys letters, there are still some powerful warriors, such as the Ironborn and the Free Folk, who could rally around Jon Snow, the Northmen, and Arya, who have all had a change of heart about the Dragon Queen in the aftermath of her madness.

Bulgari
Mj Rodriguez Sketched Her Own Emmys Dress, but Turns Out, It Was Already in Existence
by Sarah Wasilak 7 hours ago

Billy Porter
Billy Porter May Be Wearing Wings, but Flying Would Be a Challenge in Such Heavy Diamonds
by Sarah Wasilak 8 hours ago