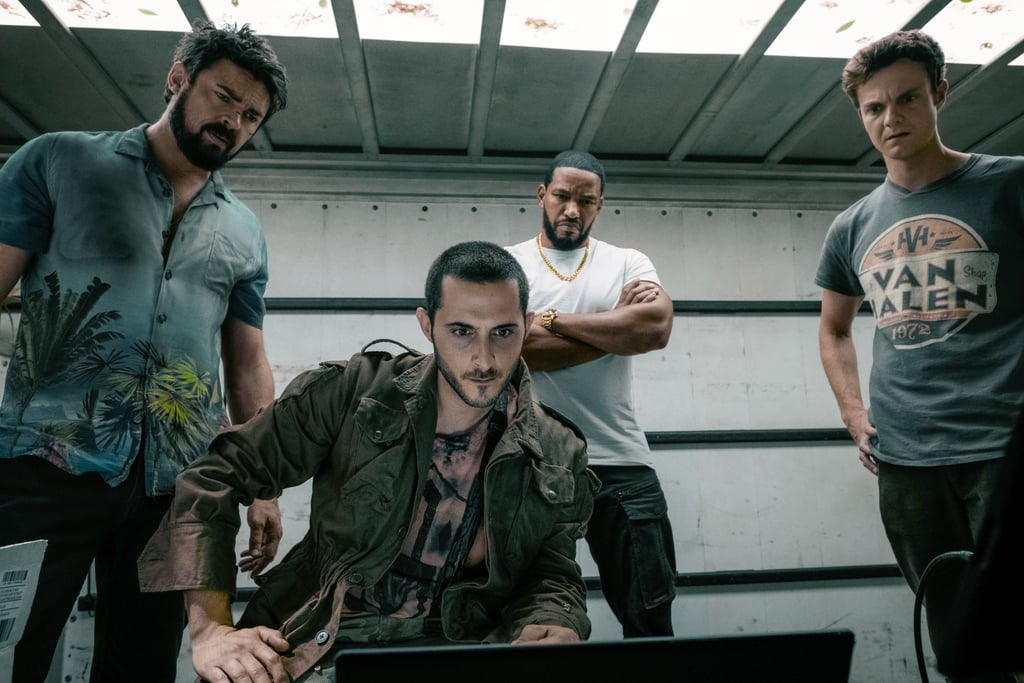 "The Boys is an absurd, profane, deeply entertaining, and at times wildly disturbing, piece of television. (The dolphin! The lobster! The scene with the, ahem, head!) Because of that, it just might be my favorite show of the year (period). Somehow the Amazon series not only manages to put a new spin on the tired genre of 'superheroes doing stuff,' but ends up being genuinely laugh-out-loud hilarious in the process. Karl Urban as the foul-mouthed Billy Butcher, and Erin Moriarty as the earnest, conflicted Annie/Starlight, are particular highlights."

Netflix
Finn Wolfhard Is as Excited as We Are About Stranger Things Season 4: "It Feels Like Home"
by Brea Cubit 1 hour ago

Camila Mendes
If Hollywood Won't Create Content For the Latinx Community, Camila Mendes Will Do It Herself
by Kelsie Gibson 34 minutes ago

Netflix
Uh, Did We Completely Miss This Obvious Murder in You Season 2?
by Stacey Nguyen 4 hours ago

Netflix
Want to Keep Up With the Stars of Netflix's Cheer on Social Media? Here's a Handy List
by Amanda Prahl 5 hours ago

We'll Miss You, Gallaghers! Shameless Will End After Season 11