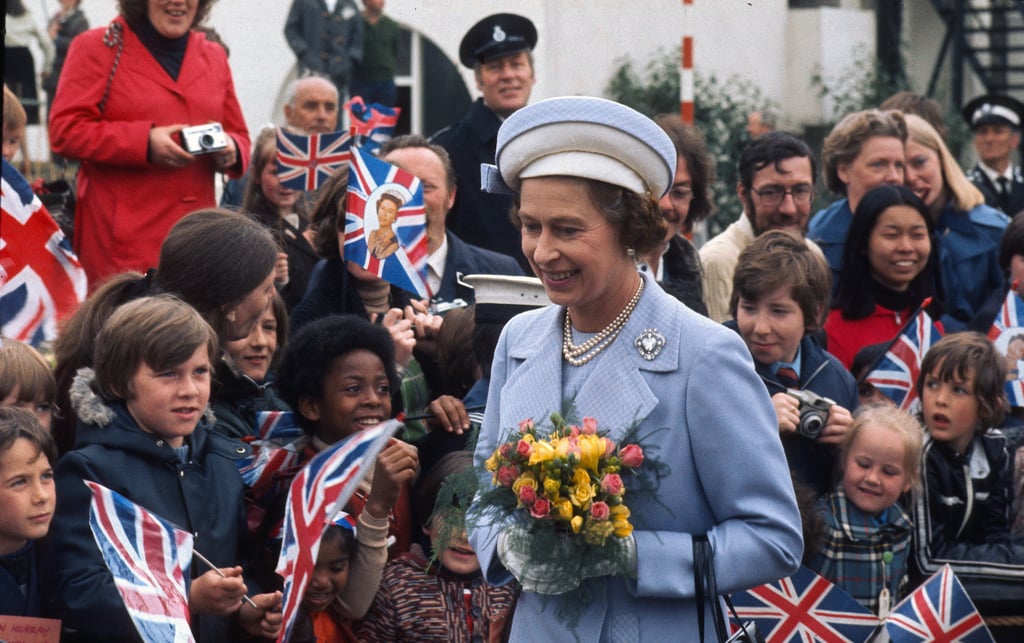 Season three of The Crown shows us some major milestones for the royal family, ending the season on Queen Elizabeth II's Silver Jubilee. The celebration, held in 1977, marked the 25th anniversary of Elizabeth's accession to the throne, which was depicted early in season one after the death of her father, King George VI. The celebrations included royal visits to 36 British counties, a Commonwealth tour for the queen and Prince Philip, and a culminating series of celebrations in London during the Summer of 1977.

Prior to the queen's celebration, only a handful of queen regnants had reached a silver jubilee: her own ancestor Queen Victoria celebrated hers in 1862, while Queen Wilhelmina of the Netherlands reached the milestone in 1923 and, only a few years before Queen Elizabeth's celebration, her contemporary (and Wilhelmina's successor) Queen Juliana celebrated 25 years on the Dutch throne. Ahead, you can check out some of the photos of the queen's Silver Jubilee to compare to The Crown's version.