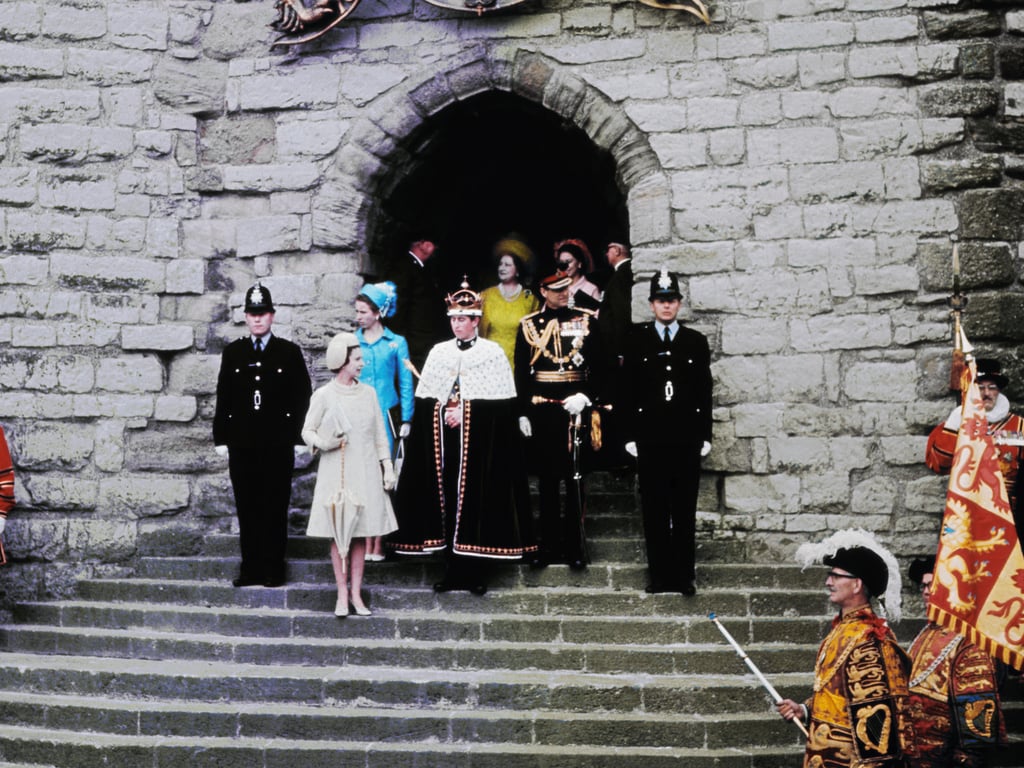 The back half of The Crown's third season revolves largely around Prince Charles, now an adult with his own ambitions and desires, who begins to chafe under the strict rule of his family. Not only do we get to see how his romance with Camilla Parker Bowles (reportedly) began behind the scenes — a candlelit dinner, a love quadrangle involving his sister, Princess Anne, etc. — as well as its dramatic downfall, but we also see how the royal's close relationship with Wales came to be.

In the sixth episode, "Tywysog Cymru" (Welsh for "Prince of Wales"), Charles is ordered to leave the University of Cambridge for a semester to study in Wales for 10 weeks, where tensions regarding the country's independence have threatened to boil over. Although he's at first withdrawn and unhappy about his surroundings, he soon throws himself into learning the language with the help of a passionate tutor, who also schools him on Welsh culture and the struggles people there have gone through. The episode ends with his coronation in Wales, which appears to have been re-created with extreme care and detail, like so many scenes in previous seasons.

Related:
How The Crown's Take on Princess Margaret's Wedding Compares to the Real Thing

Like in the royal drama, Prince Charles's investiture was held in Caernarfon Castle in Wales on July 1, 1969, where the 20-year-old officially received the insignia of the 21st Prince of Wales from his mother, Queen Elizabeth II. Although the ceremony at Caernarfon was viewed by some nationalists as being associated with the subjugation of Welsh people — and large protests were held about it in March of that year — nearly 4,000 guests watched the event inside the medieval structure's walls, while thousands more crowded outside and millions watched on TV. Charles delivered a speech in both English and Welsh, one which touched on how important the principality had become to him.

"It is with a certain sense of pride and emotion that I have received these symbols of office," he said, "here in this magnificent fortress, where no one could fail to be stirred by its atmosphere of time-worn grandeur, nor where I myself could be unaware of the long history of Wales and its determination to remain individual and to guard its own particular heritage."

Ahead, watch how the real investiture went down, then see how closely The Crown was able to mirror real-life shots from the day within the episode.

Related:
How the New Cast of The Crown Stack Up to the Real-Life Royal Family
Previous Next Start Slideshow
The RoyalsNetflixThe CrownPrince CharlesTVThe British Royals