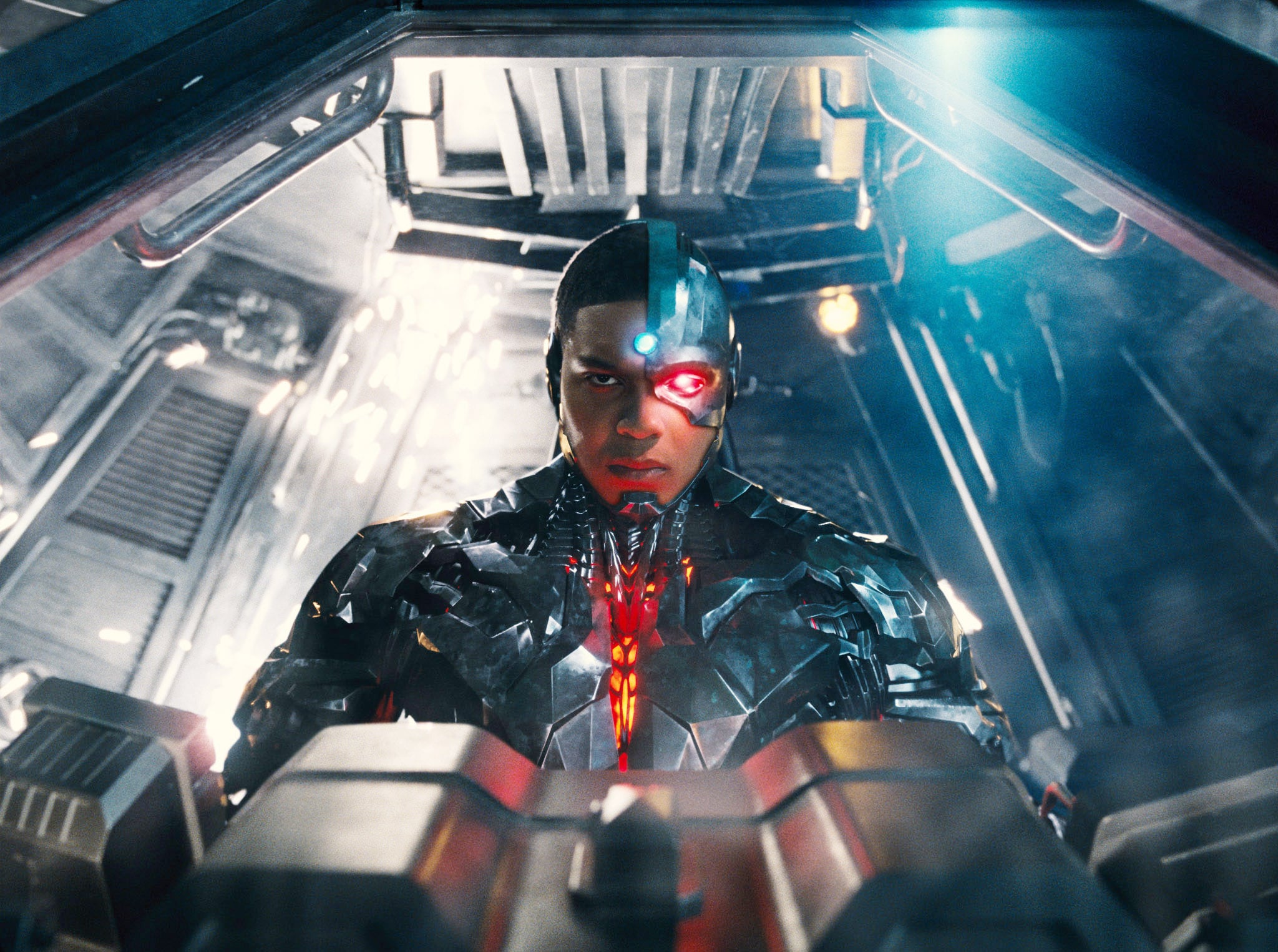 It's been four years since Justice League debuted, and Ray Fisher is still awaiting for an apology from director Joss Whedon for his reported racist mistreatment while filming. When Whedon joined the project following Zack Snyder's departure, Fisher felt he had "to explain some of the most basic points of what would be offensive to the Black community." This included, but was not limited to, a rift over a specific line, which Whedon went to destructive lengths to include. Fisher detailed these events for the first time during a Hollywood Reporter interview, published April 6.

Cyborg is the first Black superhero introduced in DC's modern cinematic universe, and Fisher understood this responsibility. He flew to meet Whedon when the director signed on, in hopes of maintaining the character's carefully crafted storyline. "It represents that his parents are two genius-level Black people," Fisher said. "We don't see that every day." Unfortunately, he left their meeting disappointed. His later attempts to raise concerns about representation were dismissed by Whedon. Fisher recalled Whedon saying, "It feels like I'm taking notes right now, and I don't like taking notes from anybody — not even Robert Downey Jr."

Fisher felt he didn't have the support of other executives, like DC Films co-chairmen Geoff Johns and Jon Berg, since they acquiesced to Whedon's demands. But the director's harm really came to a head when he pushed Fisher to say "Booyah" in the film. (A phrase made popular by the animated show Teen Titans but never included in previous comics or onscreen projects.) Although Fisher had no issue with the word itself, to him, it symbolized another Black character being reduced to a catchphrase, however, his objections were ignored. Fisher ended up saying the line, but not without experiencing more condescending behavior from Whedon. Fisher said Whedon mocked him with a Shakespeare line before filming, saying, "Speak the speech, I pray you, as I pronounced it to you," to which he responded, "Joss — don't. I'm not in the mood." When Fisher left the set, Whedon called out "Nice work, Ray." He only filmed the one word.

Whedon's harmful behavior on the Justice League set wasn't limited to Fisher. According to the Hollywood Reporter's sources, he also threatened to ridicule Gal Gadot and Buffy the Vampire Slayer's Charisma Carpenter accused Whedon of abusive treatment when she participated in the '90s show. "Joss has a history of being casually cruel," Carpenter said in February. "Like his ongoing, passive-aggressive threats to fire me, which wrecks havoc on a young actor's self-esteem. And callously calling me 'fat' to colleagues when I was 4 months pregnant." Carpenter felt compelled to speak up after seeing Fisher's June 2020 tweet about the director, in which he called Whedon's behavior "gross, abusive, unprofessional, and completely unacceptable." His accusations launched an investigation at WarnerMedia, but for him, the results were unfortunately unsatisfactory. Despite the disappointment, Fisher isn't discouraged from raising his voice. "I'm not so indebted to Hollywood that I haven't been willing to put myself out there," he said, "If I can't get accountability, at least I can make people aware of who they're dealing with."