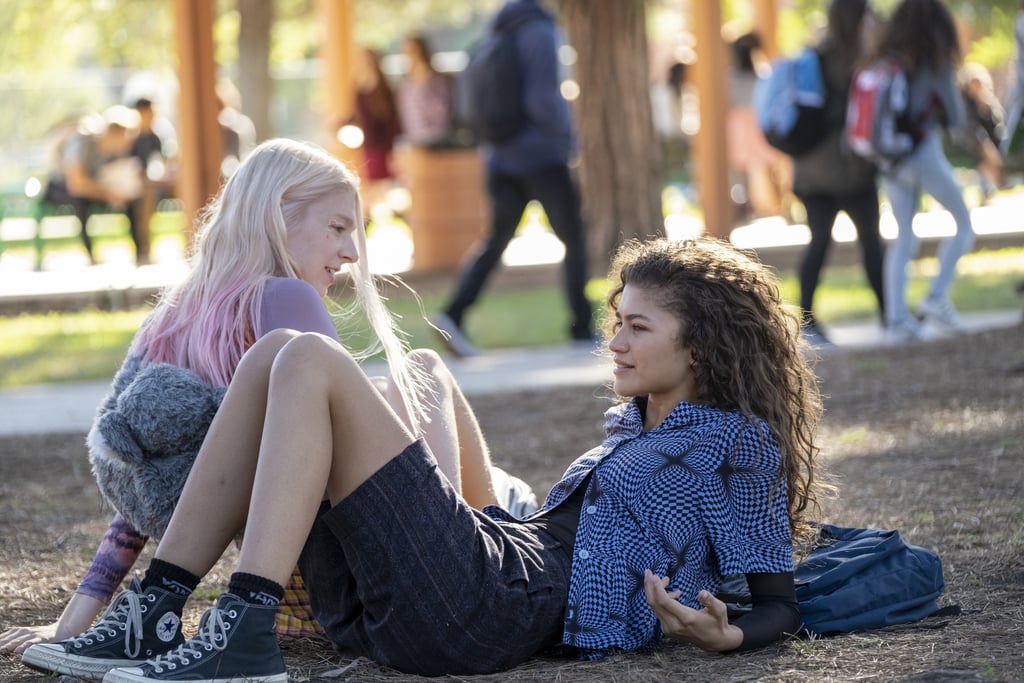 Euphoria Failed to Snag Any Golden Globe Nominations, and We Demand a Recount

The Golden Globe nominations came out on Monday morning, and as always, the most unpredictable of award shows left a lot of viewers puzzled. One of the most noticeable omissions? HBO's Euphoria, the edgy drama series that had tons of buzz (both for the show and for lead actress Zendaya) coming out of a strong Summer showing on one of the most the award-friendly networks. So, what happened to keep Euphoria out of the running?

To start with, the Golden Globes are notorious for making odd and unexpected selections. It's important to note that, unlike many other award shows, the Globes are not voted on by members of the industry itself, but by members of the press (specifically, the Hollywood Foreign Press Association). Because of this, their preferences and priorities are often a little different, leading to unexpected nominations and snubs every year.

For Euphoria, it's entirely possibly that the show's intensity actually worked against it. While many critics and viewers were enthralled by the edgy, atmospheric, and sometimes shocking depictions of teenage life on the show, others found it excessive, melodramatic, and overstuffed with hot-button issues. Like many buzzy shows, it has just as many strong critics as it does strong fans, and it ultimately was one of the most polarizing TV shows of 2019. In the end, it seems, the Golden Globes nominating committee prioritized more "prestige" content — most notably, the equally polarizing The Morning Show — over Euphoria's depiction of contemporary teenage life. Fans, naturally, took to Twitter to vent their frustrations. Keep reading for their reactions — do you agree that Euphoria was snubbed?