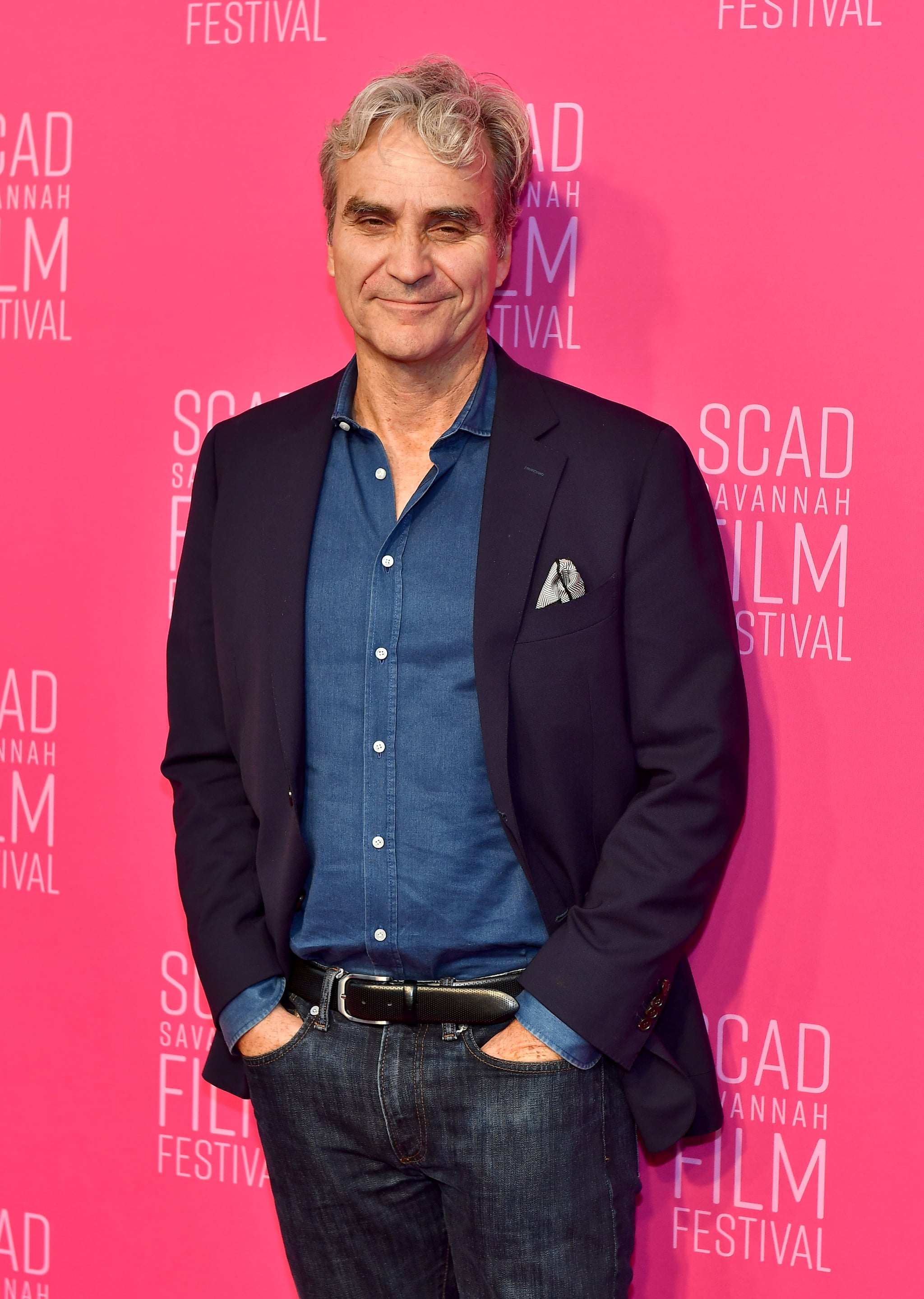 Once upon a time, an iconic children's show star told a cynical magazine writer, "You are my friend," and it became the inspiration for some movie magic. Starring Tom Hanks and Matthew Rhys, A Beautiful Day in the Neighborhood tells the story of the unlikely friendship that developed between Esquire journalist Tom Junod and the host of Mister Rogers' Neighborhood, Fred Rogers. Though assigned to write just a few hundred words on the beloved TV star in 1998 for a special issue on American heroes, Junod ended up writing an 8,000-word cover story titled "Can You Say . . . Hero?" that was way more than just a fluff piece.

Junod reveals little about himself in the November 1998 piece. In the forthcoming movie, he isn't even referred to by name — instead, Rhys plays a character inspired by Junod named Lloyd Vogel. However, in a recent article for The Atlantic, titled "What Would Mister Rogers Do?," the 61-year-old journalist (who is now a senior writer at ESPN) opens up a bit more about his own life outside of his relationship with Rogers. Junod reveals that his relationship with his father, whom he refers to as a "boozy philanderer," was, in fact, complicated, as the movie suggests. But when Junod first saw Rhys play him during an early screening of the film, Junod couldn't help but feel that the story told in A Beautiful Day in the Neighborhood wasn't quite true to his own story.

Related:
Behold, the Bright Spot of Your Day: A New Look at Tom Hanks as Mister Rogers

According to a profile published in the University of Albany Magazine (Junod graduated from the school with a bachelor of arts degree in 1980), he grew up in Wantagh, Nassau County, NY, and his father was a traveling salesman who sold women's purses. Junod wasn't sure what exactly he wanted to pursue in college, and after failing to land an editorial job in NYC after graduation, the aspiring writer became a handbag salesman like his father. He quit after being held up at gunpoint in an LA hotel room while on the job, and he returned to journalism, continuing to submit pieces to magazines and hoping for a breakthrough.

Eventually, Junod's tenacity paid off, and he was able to get pieces published in Sports Illustrated, Life, and GQ. GQ Editor in Chief David Granger took Junod under his wing in 1997, and Junod went on to write several personal essays and celebrity profiles, including pieces on Michael Stipe, Kevin Spacey, Nicole Kidman, and — of course — Mister Rogers, among many others. For his work, he has received two National Magazine Awards from the American Society of Magazine Editors, the most prestigious award in magazine writing, and has been nominated a record 11 times.

As well as "Can You Say . . . Hero?," some of Junod's most notable pieces include his profile on abortion doctor John Britton called "The Abortionist," his profile on sexual predator Mitchell Gaff called "The Rapist Says He's Sorry," and his story on Richard Drew, a victim of the Sept. 11 attacks, called "The Falling Man."

by Naledi Ushe 56 minutes ago