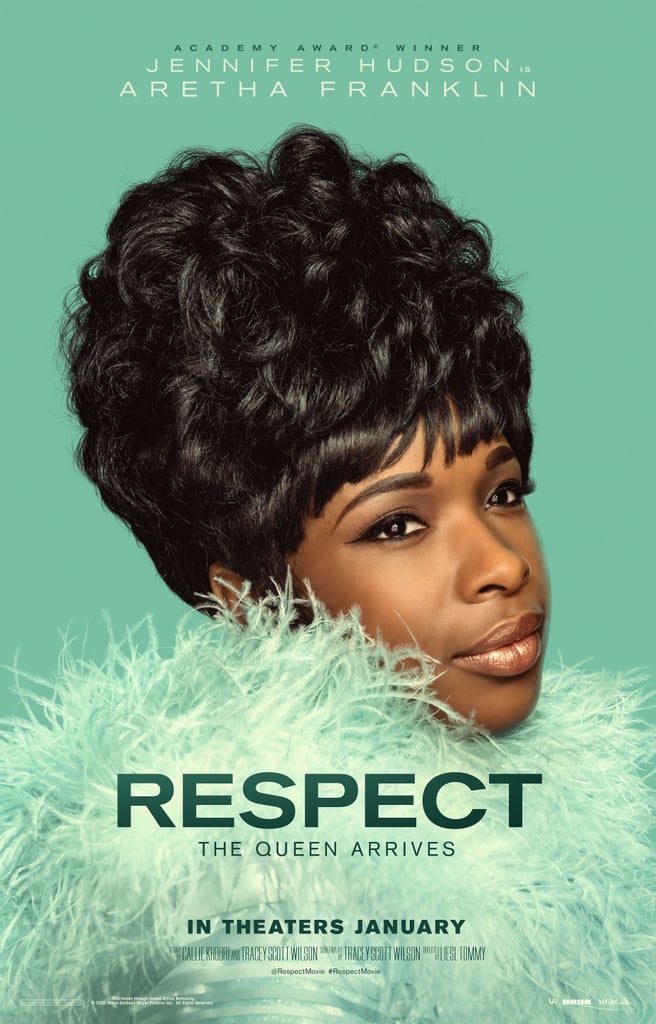 If there's such a thing as the role of a lifetime, Jennifer Hudson has landed hers. The Oscar winner is stepping into the shoes of the Queen of Soul herself, starring as Aretha Franklin in her upcoming biopic, Respect, and from the look of the following photos, she's doing a damn fine job.

Hudson — whom Franklin chose to portray her specifically during her involvement with the film before her death on Aug. 16, 2018 — leads a star-studded cast, including Forest Whitaker, Audra McDonald, Mary J. Blige, Marc Maron, Tituss Burgess, Saycon Sengbloh, Hailey Kilgore, Tracey Scott Wilson, and Tate Donovan. The Liesl Tommy-directed flick follows the story of the legendary singer's rise to superstardom and also features Marlon Wayans playing Franklin's first husband, Ted White. We've already gotten a sneak peek at the film thanks to the teaser released during the 2019 BET Awards, and it's fair to say we're pretty excited to see the rest!

Check out the photos from the film ahead, and get ready to pay some respect when the film hits theaters on Aug. 13, 2021.