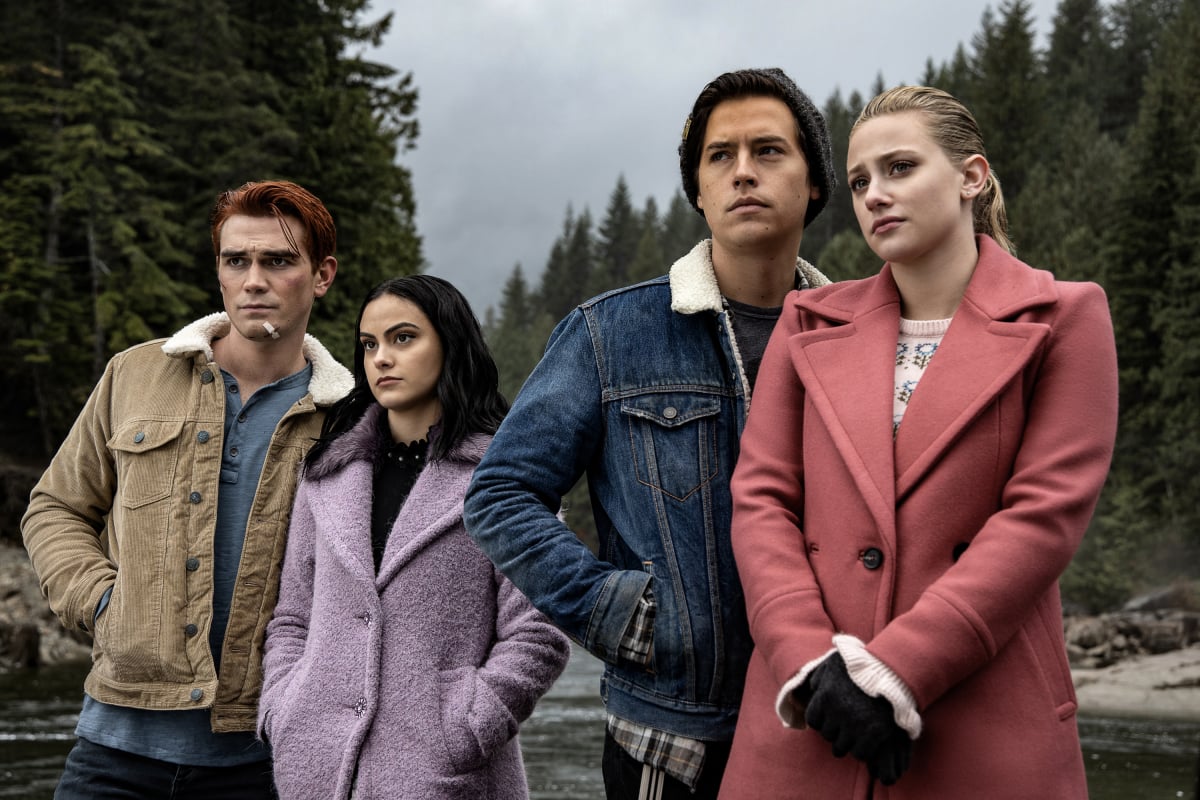 Curtain call! Riverdale's next musical episode has been revealed, and this time, they're taking on Hedwig and the Angry Inch. Following semidisastrous productions of Carrie and Heathers the past two seasons — someone actually died during the Carrie production — Kevin sets out to revive Riverdale High's variety show in the upcoming episode. However, when Mr. Honey forbids them from performing the musical, the students rally together and sing their hearts out. According to the episode's description, there will also be a "forbidden showmance" that begins to blossom.

The musical, which made its off-Broadway premiere in 1998, tells the story of a genderqueer East German who is the lead singer of a rock band. In 2001, Hedwig and the Angry Inch was turned into a film starring the musical's writer John Cameron Mitchell, and in 2014, it made its Broadway debut with Neil Patrick Harris as the lead.

"Musical episodes have become a yearly tradition on Riverdale, but this year, we wanted to try something different," the show's creator Roberto Aguirre-Sacasa said. "When we heard that Stephen Trask [the composer of Hedwig] was a fan of Riverdale, we thought — is there a way we can do Hedwig and still have it tie into the stories we're telling? Doing a deep dive, we figured out a cool way to use classic songs like 'Wicked Little Town' and 'Midnight Radio' that made total sense and are just amazing and iconic. And bonus, Hedwig is literally Cole [Sprouse]'s favorite musical!"

It’s happening!! #Riverdale meets Berlin! Our musical this year is the iconic HEDWIG and the ANGRY INCH! Hope to do these amazing songs justice!! 🔥🏆🕺🎟🎭🎼🎹🎸🌈⭐️ pic.twitter.com/lTGSu4xWn9

So, just who is playing the title character in the Riverdale High production? While Kevin's name appears first on the call sheet, the rest of the characters are also listed as playing Hedwig. It also looks like former Pussycats Valerie and Melody will be joining the production. Catch all the excitement when the musical episode airs on Wednesday, April 8 at 8 p.m. on The CW.