Last night was a #woohoo kinda night! 100 members of our cast and crew got together for a casual hang out and reminisced about all things 90’s, Magic and filling the gaps in the last 17 years. #harveyandsabrinaforever #sabrinatheteenagewitch #reunion

The cast of Sabrina the Teenage Witch is back together again! Over the weekend, over 100 people from the '90s show reunited at a coffee shop in Los Angeles to catch up. "Last night was a #woohoo kinda night!" the show's star, Melissa Joan Hart, wrote on Instagram. "100 members of our cast and crew got together for a casual hang out and reminisced about all things 90's, Magic and filling the gaps in the last 17 years." The reunion also included Nate Richert (Harvey), Alimi Ballard (Quizmaster), Jenna Leigh Green (Libby), Lindsay Sloane (Valerie), Soleil Moon Frye (Roxie), and Elisa Donovan (Morgan). It's unclear if Caroline Rhea (Hilda), Beth Broderick (Zelda), and Nick Bakay (the voice of Salem) were in attendance. The group snacked on magical cookies decorated like black cats and broomsticks before posing with a TV cutout that read "Sabrina Reunion 2020."

Though some of the cast members appeared at Los Angeles Comic-Con in 2017, the recent reunion marked the first time many of them had seen each other in 15 years. "It just shows the bond we had," Hart previously told People about the reunion. "That crew was so tight and we had such a special bond. And we all knew it. Luckily we were so present." The show first premiered in 1996 on ABC and eventually moved to The WB for its final three seasons, which ran from 2000 to 2003. In 2018, Netflix rebooted the franchise with a much darker interpretation of the Archie Comics series titled Chilling Adventures of Sabrina. See more of the recent cast reunion ahead.

Related:
Only Harvey Kinkle Himself Could Ace This Sabrina the Teenage Witch Quiz
0
previous images
-19
more images
Previous Next Start Slideshow
NostalgiaMelissa Joan HartSabrina The Teenage WitchTVReunions
Around The Web

Friends
Will HBO Max Be the Only Way to Watch the Friends Reunion? Here's What We Know
by Amanda Prahl 12 hours ago 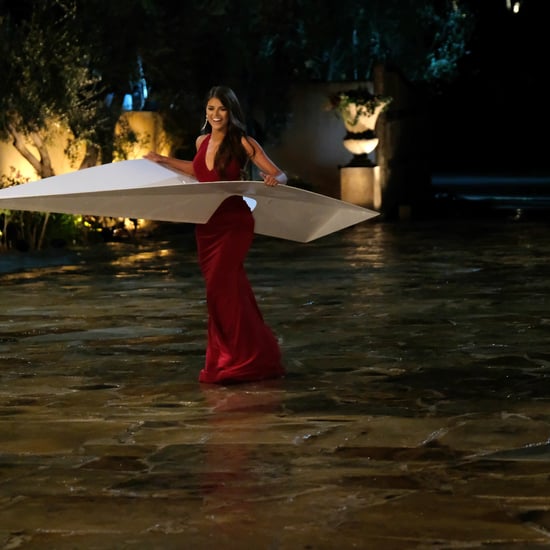 The Bachelor
Wait — Is Madison Actually Leaving The Bachelor? Here's What We Know
by Amanda Prahl 2 minutes ago

Zoë Kravitz
Hulu's High Fidelity Is Delightful, but I Have One Major Issue With It
by Shannon Vestal Robson 16 hours ago

Schitt's Creek
Bummed About Schitt's Creek Ending? Here's Where You Can See the Cast Next
by Monica Sisavat 19 hours ago

by Amanda Prahl 25 minutes ago