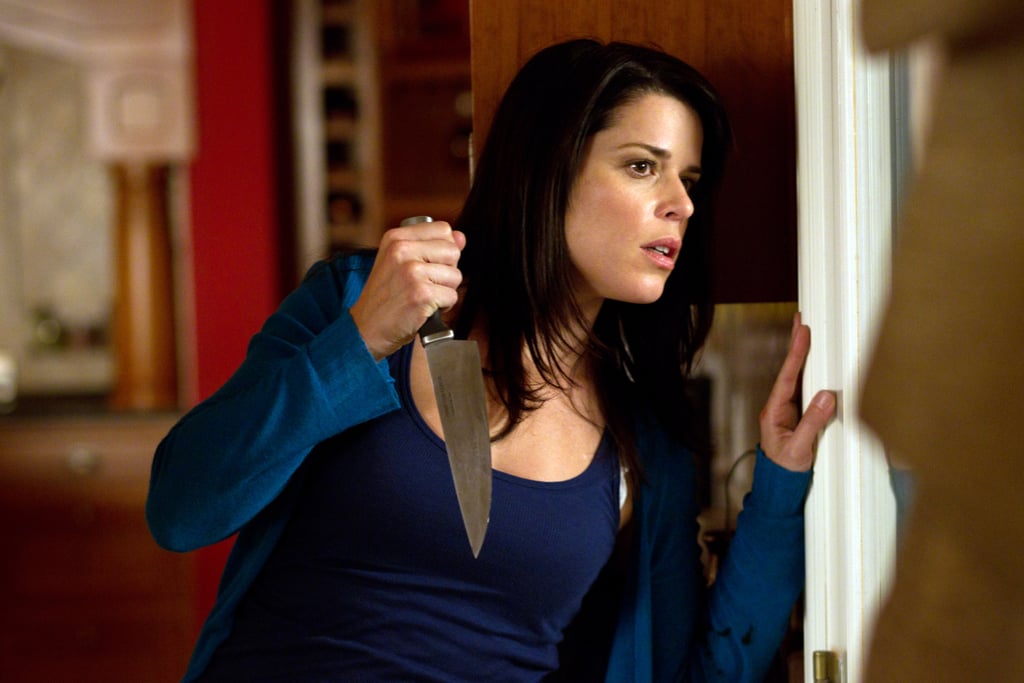 Wes Craven's 1996 hit Scream both satirized and reinvigorated the horror movie genre. Since then, there have been three more films in the franchise, and Sidney Prescott's (Neve Campbell) various run-ins with Ghostface have become required viewing for slasher enthusiasts. Recently, Spyglass Media Group and Paramount Pictures announced that Scream 5 will be hitting theaters in January of 2022, more than a decade after the release of Scream 4. Even more exciting is the news that original cast members Campbell, Courteney Cox, and David Arquette will be reprising their roles in the film. We couldn't be more thrilled to return to Woodsboro — here's our list of the five things we'd most like to see from Ghostface's newest outing.

Identity
Culture y Recuerdos: How the "Frida" Biopic Redefined What It Is to Be Latina
by Cristina Escobar 23 hours ago